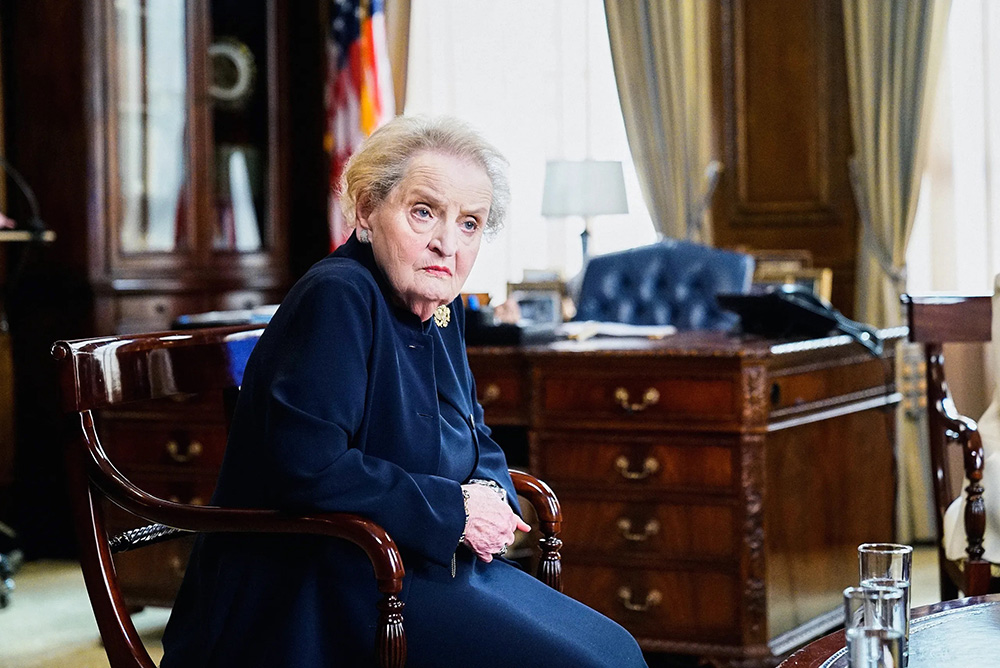 Madeleine Albright was a brilliant diplomat, a visionary leader, a courageous trailblazer, a dedicated mentor, and a great and good person who loved the United States deeply and devoted her life to serving it. She was also a wonderful friend to many, including me. I’ll miss her very much.

Having arrived here as a refugee at age 11, she never forgot the generosity that America extended to her family when they needed it most. Having seen America at its best, she pushed relentlessly for us to live up to our role as a moral beacon and defender of freedom. And having experienced the horrors of war firsthand – fleeing Czechoslovakia after the Nazis invaded, then hiding in shelters as German bombs fell on London – she believed that the United States must respond forcefully to dictators and tyrants. She created the Community of Democracies, a coalition of countries that defends democratic values around the world. And thanks in no small part to her, Poland, Hungary, and the Czech Republic joined NATO, and the United States defended ethnic Albanians in Kosovo against Serbian aggression. Today, there’s a square and a street in Kosovo named for Madeleine, and a statue of her stands in the capital.

When she was nominated to be Secretary of State, some openly questioned whether a woman could go toe-to-toe with world leaders. Madeleine quickly quashed those misguided doubts. There was simply no doubt that, in any room, she was as tough as anyone and often tougher. That said, it wasn’t always easy. She described walking into her first meeting of the UN Security Council as the U.S. ambassador: “15 seats and 14 men, all looking at me.” But when she saw the plaque at her seat that read THE UNITED STATES OF AMERICA, her nerves vanished: “I thought, if I do not speak today, the voice of the United States will not be heard. When I finally did speak, it was the first time that I represented the country of my naturalization, the place where I belonged.”

Madeleine mentored a generation of diplomats and national security experts. I’m one of many who benefited from her wisdom and encouragement. And in her post-State career, she dedicated herself to teaching, continuing to invest in our future diplomats and leaders.

After leaving the State Department, when asked if she was relieved not to be dealing with crises around the world, she’d say simply, “I miss it every day.” She loved this country. She loved this Department. And we loved her back.

To our very first Madam Secretary – thank you.