Front Page / Music and Tours / Listen: It Was a ‘Chicago Loop’ That Brought Wavedash and James Ivy Together 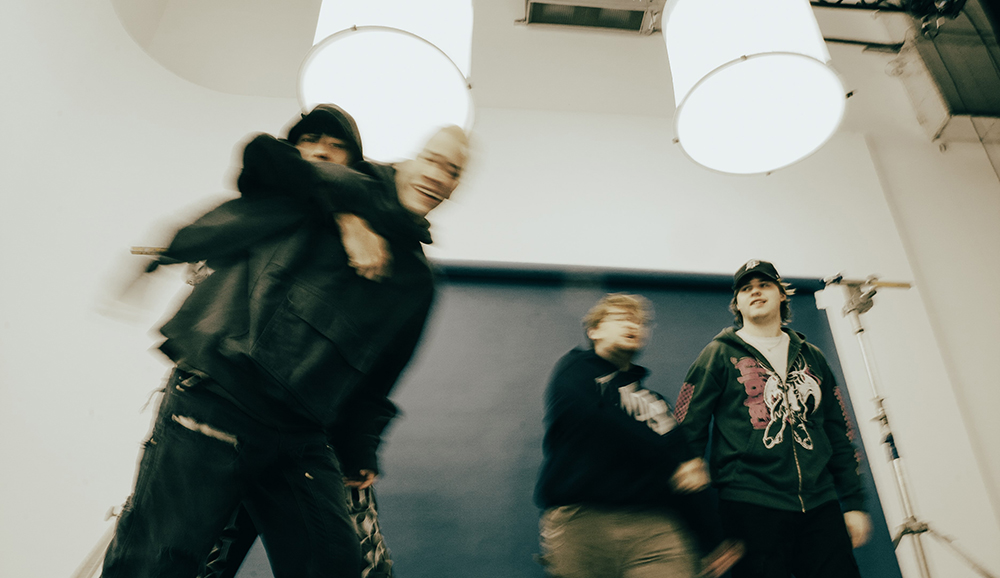 It was a dull and disappointing weekend in Chicago, a weekend that will forever change the lives of Wavedash and James Ivy. A bond constructed through the admiration of each other’s crafts and music, the members of Wavedash bumped into James Ivy from a very young age.

“Jimmy (James Ivy) has been one of our best friends for over 8 years now. During that time we’ve grown up together and came into our own as artists. We help each other out with everything, whether it be Jimmy lending his voice to us or Me, Michael, and Gavin lending Jimmy our production skills.” – Wavedash

In that span of time, both Wavedash and James Ivy have skyrocketed into the music industry, as they continued making music without boundaries. Since making their debut in 2015 on Skrillex’s label OWSLA, Wavedash has brandished their own style and sound of music. Their 12-track first album, ‘World Famous Tour,’ was hailed as one of the finest dance albums of 2021 after receiving accolades from several artists, including Skrillex, Porter Robinson, Madeon, and many more. Now, embarking on a voyage of artistic fulfillment, the electronic trio find themselves partnering with James Ivy on “Chicago Loop.”

The 23-year-old Korean-American singer, songwriter, and producer is working to establish his artistic identity in the PC music scene. James Ivy has won over fans and the media with accolades from publications like MTV, Flood Magazine, and NYLON. His contribution to “Chicago Loop” is something that once again demonstrates his limitless musical ability while he crosses genres and ventures into new territories in his career.

“Chicago Loop” is more than your average reunion, it is a celebration between longtime friends and collaborators. Crossing paths at an incredibly vital chapter in their careers, the release of the long-awaited single made its way through sheer resilience and parading from the mutual fanbases.

“When we made“Chicago Loop,” we thought it was just another one of the hundreds of songs that would never see the light of day, but thanks to the overwhelming response from fans we are unbelievably excited to share it with you guys.” – Wavedash

“Chicago Loop” was a song born from an ironing board acting as a makeshift desk and a Bluetooth speaker in a hotel room in Chicago. Me and the boys had flown out to Chicago for Lollapalooza and it ended up being the biggest let-down of a weekend ever. Me and the boys started a song purely off of the desire to make sure the weekend was not a complete waste. The lyrics, that were mostly freestyled on the spot, ended up being an ode to this feeling we had this weekend, of being at a shitty party and being like “let’s get outta here”.” – James Ivy

Wavedash and James Ivy are about to embark on a brand-new phase of their thrilling career. “Chicago Loop” is something that satisfies both the sonic ambitions of the artists and the expectations of their audience as the two remain to genuinely create music without boundaries.