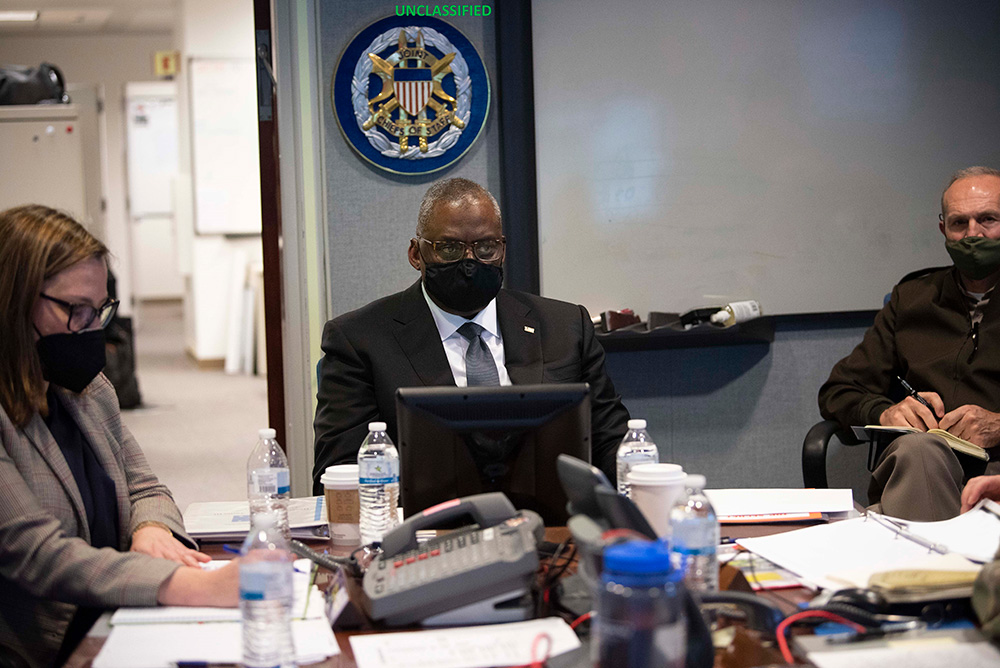 Secretary of Defense Lloyd J. Austin III said yesterday that the United States and its citizens are safer after the death of the leader of ISIS in northwest Syria.

Abu Ibrahim al-Hashimi al-Qurayshi, the leader of the Islamic State of Iraq and Syria, died last night when he detonated an explosive device during a U.S. military operation that aimed to kill or capture him, a Pentagon official said.

An ISIS deputy and some of al-Qurayshi’s family members were reportedly killed when al-Qurayshi detonated the explosive device, the official said.

“The professionalism, skill and readiness of our troops — honed through relentless rehearsal — has dealt ISIS a severe blow and has helped make our country and our fellow citizens safer,” Austin said in a statement this morning.

Austin said al-Qurayshi, also known as Haji Abdullah, provided near constant operational guidance to ISIS fighters, including the prison break and attack at Hasakah and the slaughter of Yazidis in Iraq.

“He is now off the battlefield and out of command and cannot threaten any more lives,” Austin said.

The secretary praised U.S. Central Command and U.S. Special Operations Command for their superb support to the planning and execution of this mission. “I’ve been involved with enough of these sorts of operations to know how difficult they are to mount and how meticulously they must be planned and resourced.”

In a press conference this morning, President Joe Biden said: “I’m grateful for the immense courage skill and determination of our U.S. forces who skillfully executed this incredibly challenging mission.

“The members of our military are the solid steel backbone of this nation, ready to fly into danger at a moment’s notice to keep our country and the American people safe, as well as our allies. I’m also grateful to the families of our service members,” he said.

Biden also mentioned the important role of this mission by the Syrian Democratic Forces. He said the department will continue to work with them, as well as the Iraqi Security Forces, including the Kurdish Peshmerga, and more than 80 members of the global coalition, to keep pressure on ISIS.

During a press briefing today, John F. Kirby, Pentagon press secretary, said that despite some civilian deaths in the compound that resulted when al-Qurayshi detonated an explosive device, “the calculated efforts of our forces succeeded in protecting more than 10 women, children and babies.”

Upon arrival at the site, U.S. forces used a bullhorn to beseech those inside the building to leave, Kirby said, adding that the president decided against using an air strike in order to prevent the deaths of innocent civilians.

There were no U.S. casualties, Kirby said, also mentioning that one helicopter had a mechanical issue and had to be destroyed.

Toward the end of the approximately two-hour operation, there was a small group of hostile individuals approaching the compound, Kirby said. Two of them were killed, and the others left the area.

Despite the death of al-Qurayshi, ISIS remains a threat, Kirby said.

Regarding the operation, he said that a thorough review and after-action report will take place with more details possibly coming in the days ahead.