Korean Cultural Center New York (KCCNY), a branch of the Ministry of Culture, Sports and Tourism of Korea, is proud to present a series of events featuring the best of Korean performing and visual arts, cinema, and more throughout 2019 in celebration of its 40th Anniversary.

This important year also marks the 100th anniversary of the March 1st Independence Movement and the establishment of the Korean Provisional Government. Many of the spring events hold this commemoration as its theme. The year also looks forward to the opening of KCCNY’s new home, the New York Korea Center, in Winter 2020.

The 40th Anniversary logo was inspired by the Korean flag: the circular red and blue taegeuk mark in the center surrounded by trigrams that symbolize the elements of heaven, earth, water, and fire. Bold bands of the trigrams wind together to form the “40” and the use of the red and blue colors mirror the taegeuk. As a whole, it embodies the spirit of harmony and movement, representing the 40 years past and the future to come.

The KCCNY was established in 1979 under the auspices of the Korea Information Services (KOCIS) with a mission to promote cultural arts exchange and stimulate interest in Korean culture in the US. 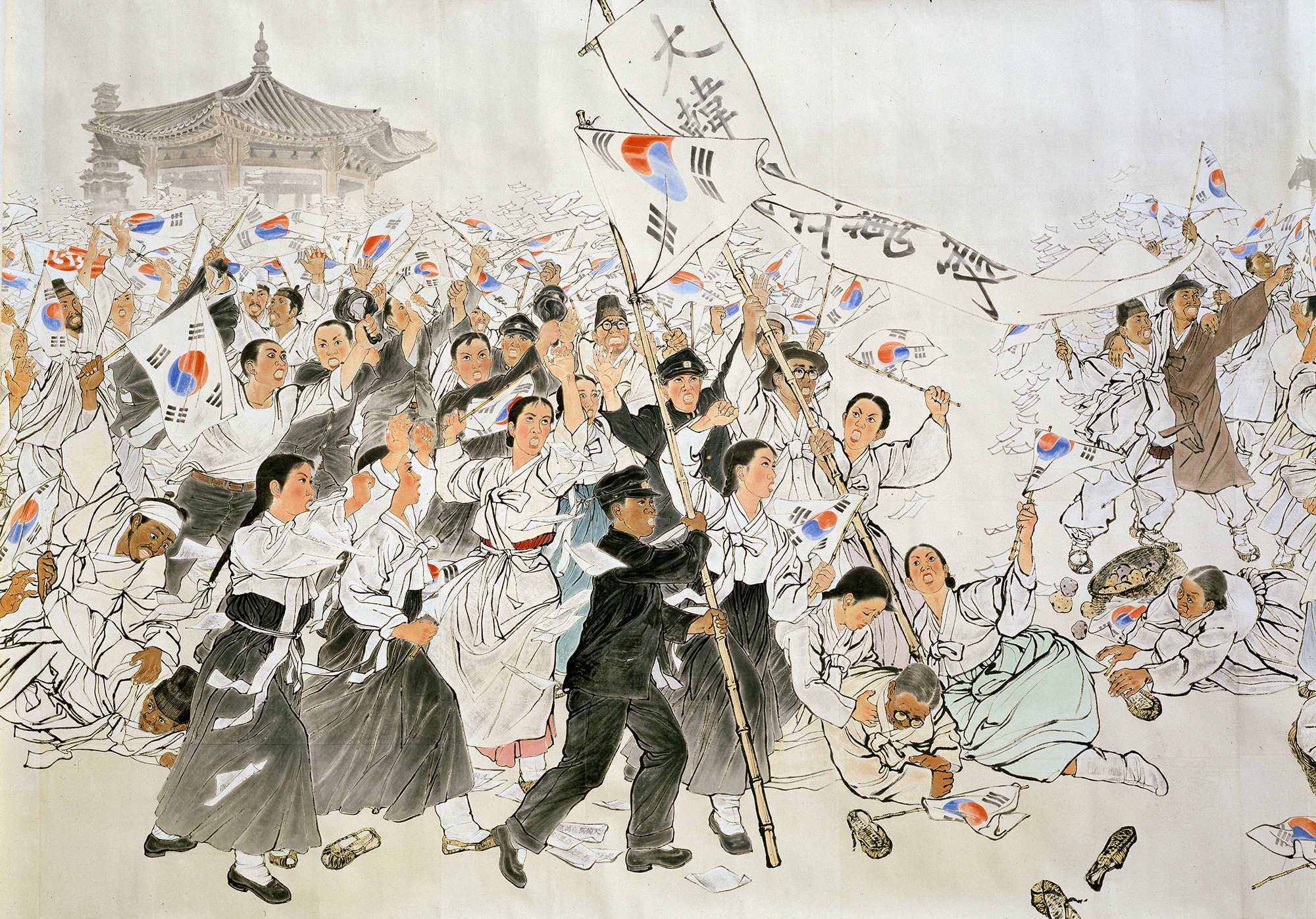 A talk about the state of Korean films with Dong-Yeon Won, the film producer of hits such as Masquerade and Along With the Gods.

March 1 – April 26, 2019
Exhibition: Looking Back at the Independence Movement of Korea
Presented as a part of Asia Week New York

In resistance against the Japanese occupation of Korea, the March 1st Movement and the establishment of the Korean Provisional Government marked large steps toward independence. The exhibition examines historical records and artworks that commemorate the movement.

March 15, 2019, 4 pm
Art Workshop: CUT IT OUT! with Colleen Kong-Savage of The Turtle Ship
Co-presented with the New York Public Library

A special session of Korean Storytime with Colleen Kong-Savage. Children will get to learn about the story of Admiral Yi Sun-Sin and his Turtle Ship through art, a great way for young readers to be introduced to Korean history.

Celebrate with an evening of gagok, Korean art songs. These stirring pieces embody the joys and sorrows of the Korean people and nostalgia for the homeland.

This ensemble of Korean illusionists mixes comedy and ingenious visual effects to conjure a magical cabaret for the whole family.

Kokdu, a story of loss and solace that spans genres of cinema and music. Director Tae-yong Kim (Late Autumn), Music Director Jun-Seok Bang (Along with the Gods), and the National Gugak Center have joined forces for this heartwarming performance.

One Breath – Infinite Vision explores the relationship between man and nature, and the ephemerality of life through Korean ink paintings. The exhibition demonstrates the infinite possibilities of black ink on paper.