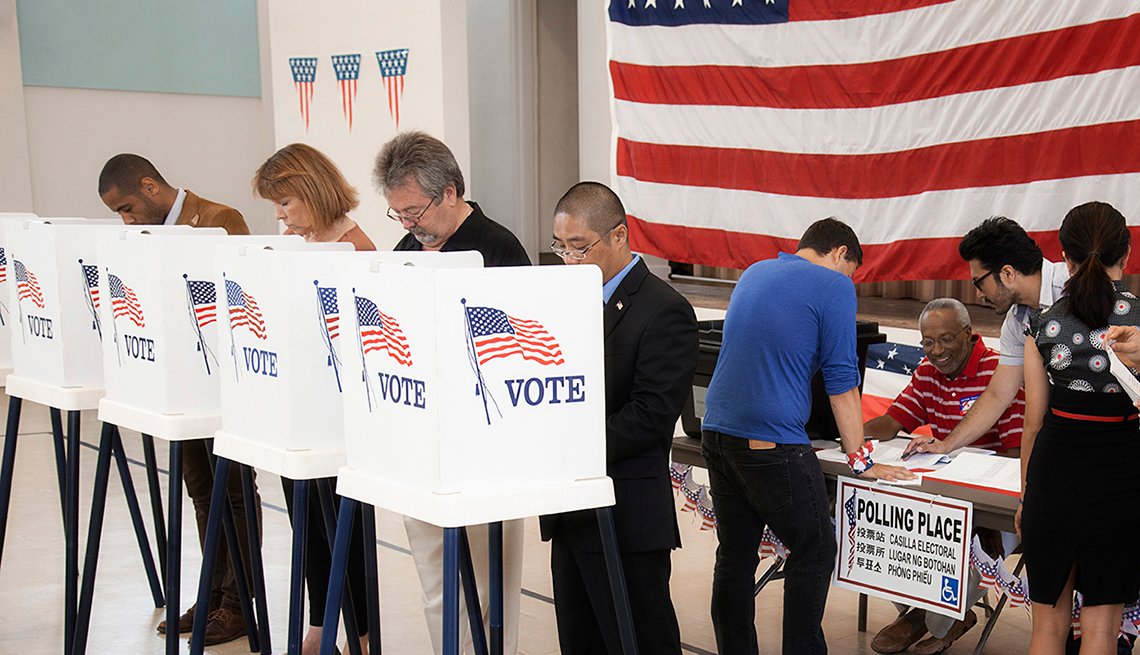 Likely voters age 50 and over are leaning Republican in New York’s newly redrawn 3rd & 22nd congressional districts, while 80% to 90% said they’d be more likely to vote for a candidate who supports protecting Social Security and Medicare from cuts, letting Medicare negotiate lower prescription drug prices, and allowing older Americans to use Medicaid for home care services to avoid nursing homes.

That’s according to surveys commissioned by AARP New York in the new 3rd district centered in Long Island’s Nassau County and the new 22nd district stretching from Syracuse and Onondaga County to Utica and Oneida County.

The findings indicate candidates should pay close attention to voters 50+ since around 90% of respondents said they are extremely motivated to vote this fall.

Voters 50+ are a crucial voting bloc, consistently showing up to the polls and making a key difference in election outcomes. In the 2018 mid-term elections, the 50+ made up about 60% of the electorate, and they are poised to make up an even larger share of it in 2022 given their strong to motivation to vote.

“Voters 50+ are the most powerful voting bloc, and candidates would be wise to heed their call to protect Social Security and Medicare while taking action to lower our highest-in-the-world prescription drug prices and help our loved ones age at home,” said AARP New York State Director Beth Finkel.

Inflation and rising prices are the top overall concern for likely voters 50+.

AARP commissioned the bipartisan polling team of Fabrizio Ward & Impact Research to conduct the surveys of 321 likely voters 50 and over in each district from July 5-12. Each survey has a margin of error of plus or minus 5.47%.

AARP recently released a separate survey of likely voters from the 56 most competitive congressional districts around the nation for 2022.

That survey found a generic Republican candidate with 4-point advantage over a generic Democratic candidate, and that voters age 50 and over make up over 60% of likely voters in these districts and will likely play a key role in deciding the outcome of the midterm elections. The districts included in the survey are rated either a “toss-up” or “lean” either Democratic or Republican by the Cook Political Report.

New York’s party primaries for U.S. House seats will be August 23. For more information on how, when and where to vote in New York, visit aarp.org/nyvotes.