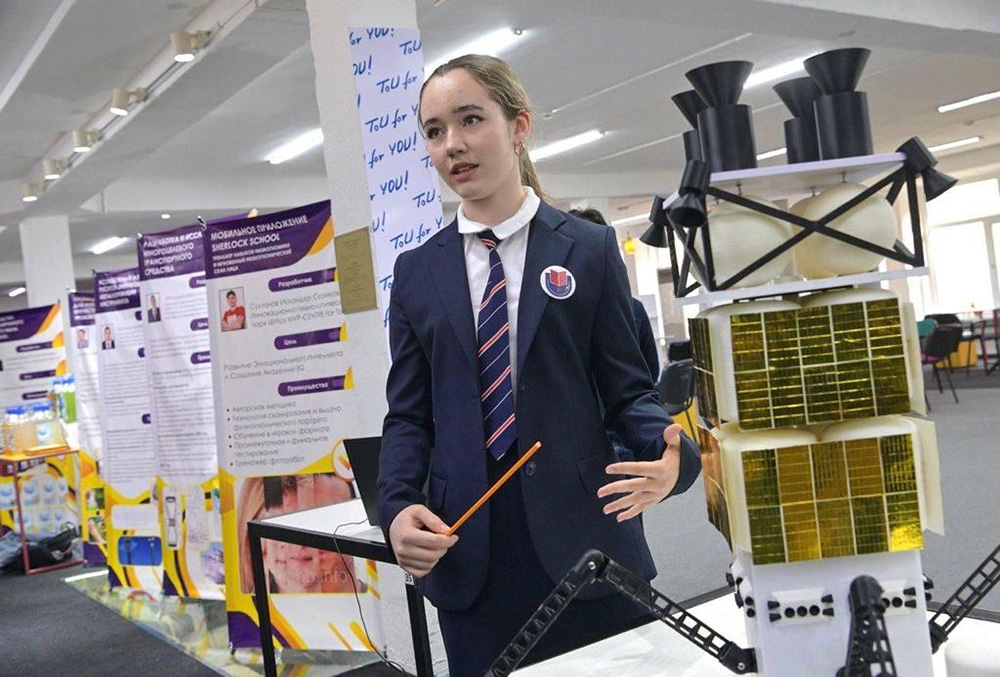 Yaroslava Kravchuk from the Northern Kazakh town of Pavlodar, near the border with Russia in West Siberia, won a special educational grant to a NASA-affiliated space school in Houston, Texas and will represent Kazakhstan. South Kazakhstan is the homeland of The Baikonur Cosmodrome, the world’s first spaceport for orbital and human launches and the largest (in area) operational space launch facility, leased to Russia until 2050.

The 15 years old girl from Pavlodar, a 350,000 residents town located 450 km northeast of Kazakhstan’s Capital City, Nur-Sultan, and 400 km southeast of the Russian city Omsk, along the Irtysh River, was selected among many gifted children around the globe. Yaroslava had presented her invention to a NASA affiliated school – a model of a small space device for hydrogen fuel production from the soil of comets and asteroids.

Yaroslava’s love for space appeared after a trip with her mother to the Moscow Planetarium. She began to design spacecraft in 4th grade. Four years later, she decided to build her own model. Yaroslava studied rocket engineering online, celestial mechanics, astronomy, and astrophysics. “I study at the State School-Lyceum for gifted children in Pavlodar,” she explains. “When I was solving a problem in physics, I had an idea about a device that would help people produce environmentally friendly fuel, and at the same time not use such an important resource as water. My apparatus uses water from extraterrestrial sources. It was necessary to make calculations, then create a 3D model, with the assistance of my astronomy teacher and my rocket science coach”.

The talented Kazakh schoolgirl will study in Houn during the summer of 2022 and then return to 9th grade. “It was my dream to apply to the U.S. Space School in Houston,” says Yaroslava.

Yaroslava plans to connect her future with space and continue to do what she loves. “My vision is to build a bridge of knowledge, technology, and cooperation between NASA and my homeland, Kazakhstan, and to participate in future Moon to Mars scientific research and explorations aimed at making life better for people worldwide,” she concludes.