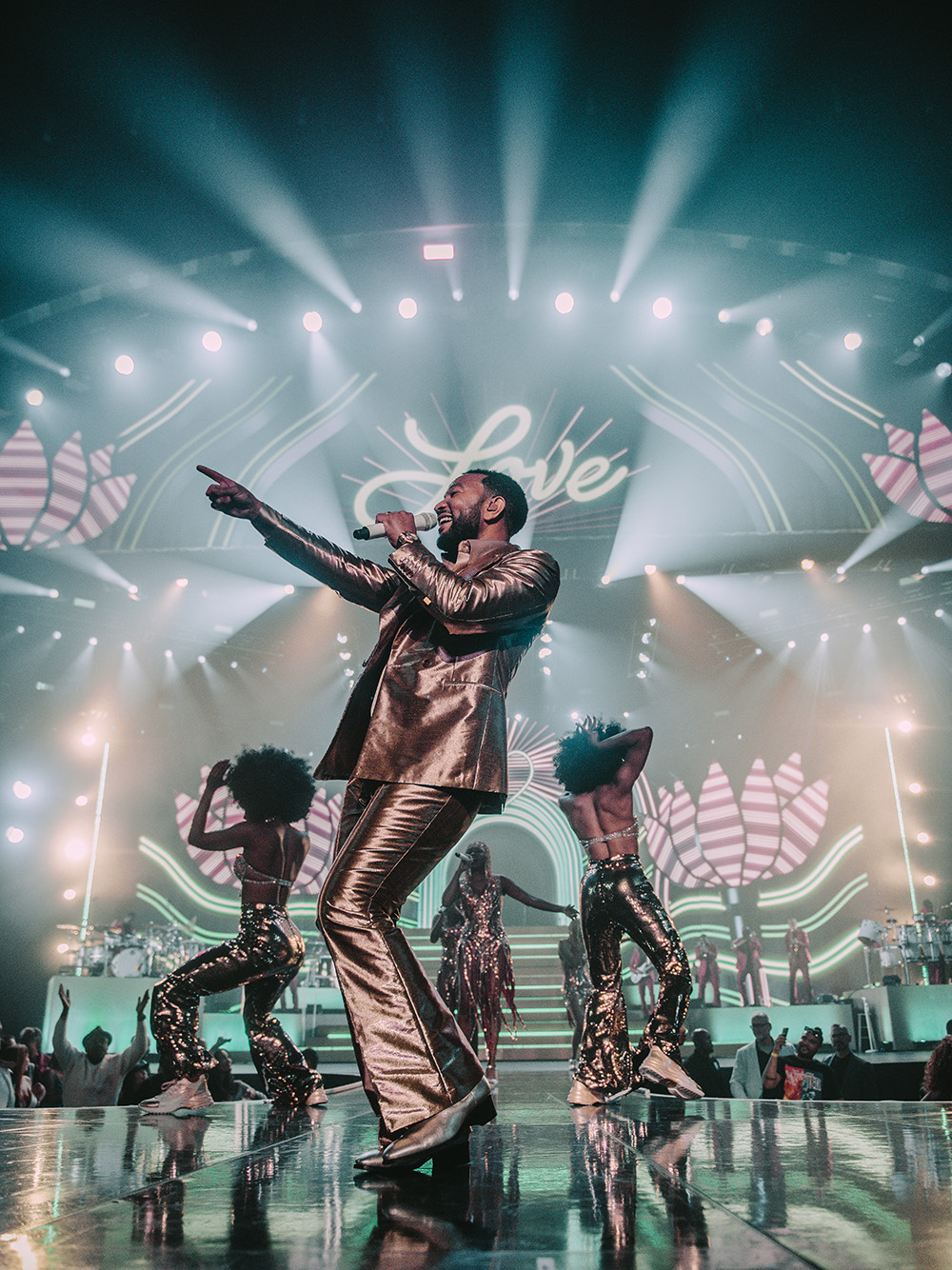 Designed exclusively for Zappos Theater and promoted by Live Nation and Caesars Entertainment, “Love In Las Vegas” is a beautiful, soulful concert experience, showcasing Legend’s greatest hits, “soaring vocals [and] silky-smooth piano playing skills” (Billboard). The performance features Legend’s incredible full band and is a vibrant, colorful celebration of love and coming together, sentiments echoed on Legend’s GRAMMY Award-winning seventh studio album, Bigger Love, and companion 2021 headline tour – which resulted in multiple sold-out shows and garnered rave reviews in the press. The exclusive, only-in-Vegas experience is filled with hits from the beginning of Legend’s career, including “Used to Love U,” “Penthouse Floor,” “Like I’m Gonna Lose You,” “All of Me,” and “Green Light.” He is also performing soon-to-be-released new music ahead of his upcoming album including, “Dope” which received rave reactions from the crowd. The song comes out May 20 and is available for pre-save now.

“Love In Las Vegas” features 91 looks on stage, envisioned and created by John’s long time stylist Dave Thomas, who collaborated with Richfresh on all of Legend’s looks and menswear allowing a vibrant array of styles for the residency.

Tickets and VIP packages for shows through October 29, 2022 are on sale now at ticketmaster.com/JohnLegendVegas, with all shows scheduled to begin at 8 PM.