Author J. M. Pozon shares with us, her unconventional journey to stardom. The rising star has written four books so far, and her latest book – Star Dust, a collection of poetry centered around female empowerment was featured in the LA Tribune just last month. The LA-based publication aside, she has been getting positive feedback from almost everywhere. As seen on CBS, NBC & FOX NEWS as well as being previously interviewed by Cosmopolitan Magazine, Writers Life Magazine, Detroit Entrepreneur, and Black Women Rising Magazine.

J. M. Pozon is a powerhouse, living embodiment of a renaissance woman. Her motto “Whatever it takes” And, she has done just that, from running a medical trade school with her mother, working as a surgical technologist, to working nights at one of Detroit’s largest automotive companies. She’s no stranger to hard work. Jovahna, believes in rolling up her sleeves and doing the grunt work. “Can I just say that you look like a supermodel? Definitely don’t look like you’d be working in a plant. “Well, I think that is one of the things that sets me apart, my work ethic, and my humility. See, a lot of people won’t follow their dreams, simply because they don’t want to be seen starting at the bottom. But I am a firm believer in doing what you need to, in order achieve what you want.” A statement that she proves true day after day, pulling graveyard shifts at Ford Woodhaven’s Stamping Plant. All while being a mother of two, and pursuing a career in writing and acting during the day. “Geesh, woman, when do you sleep?” She laughs. “I don’t sleep enough, I really don’t, I’m bad at sleeping. My schedule is out of whack, mind is always churning, thinking about what I need to do next.”

“So how do you stay beautiful without any beauty sleep?” “Truthfully, face masks, good skincare routines, coffee, and makeup helps.” Laughing.

“Don’t know if I could even operate without at least eight hours of sleep.” “A sacrifice for sure, but I just keep telling myself, eventually it will pay off.”

“From the looks of things, its already starting to pay off. By the way, how are you handling all of this newly found media attention?”

“With grace and humility. Honestly, it is all still a little surreal. I remember when Whiskey for the Wounded first began picking up momentum. My social media following was growing, I had just breached ten thousand followers on IG. And I was getting follows and friend requests from all of these big celebrities, like Hip Hop megastars and athletes. And, one day I was talking to my mother about it, said… “I think that they’re following me because they think I’m one of them”. To which she replied. “You are” “It was the first time realized that it was kind of true.”

“But, c’mon let’s be honest, as a former model, video vixen, and Detroit Lions cheerleader. Rubbing elbows with the rich and famous isn’t anything new for you.

“I suppose not.” She smiles.

“So, what’s next? Where do you see yourself in the next five years?” “In a perfect world, I will be writing scripts, acting in and direct in my own movies. One of my new year’s resolutions was to really hone in, on my acting skills, perfect my craft. But ultimately, I would like to eventually own movie studios, have showrunners on the top network, and rivals the likes of Tyler Perry and Shonda Rhimes. That’s in a perfect world of course.” she said.

“Well, you are as ambitious as you are talented and I for one can’t see what you accomplish. Thank you for the interview.” “No, Thank you.

How Influencers Turn TikTok Into a Business Empire – We Asked TooTurntTony 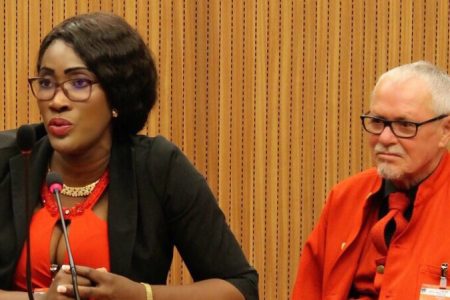 Mabelle Prior, Award-Winning Swiss-Ghanaian Broadcast Journalist, Talks About Her Book “Beyond Race” 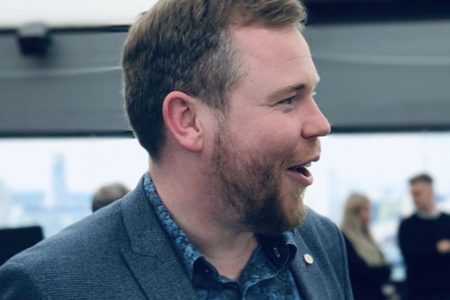