Maxx Quinten: First off, nice to meet you Anshil. Starting off brief I know you’ve been in the photography/videography world for a long time. How did you start?

Ashnil Popli: Man, I always wanted to be able to draw. When you realize at a young age that there’s not a bone in your body that can draw a straight line you run to other mediums. I took a photography class in high school, funny enough I was the only kid that constantly got C’s. I enjoyed the craft enough but never thought much of it. Just kept trying to do my best. Later my auntie ended up getting this DSLR that she had no clue how to use. She asked for help using it, I said I’d borrow it and give it back. A few months later she had to beg me to give the camera back because I enjoyed using it so much. 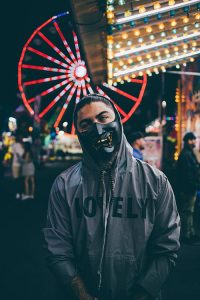 Q: But in those days were you working professionally? What did your timeline look like to get to this point?

A: A lot of hard work involved from the jump. At first, I was just trying to learn. I got into a lot of trouble when I was a juvenile. It was a way for me to keep my head down and create cool stuff. I had one of those tumblrs for photography back in the day. For a couple of years, it had no traction, I woke up one morning and a photo had gone viral. Random people were in my inbox asking if I could sell them prints. At that moment I thought, couple I make money off this? The rest has been a painstakingly slow build.

Q: What do you mean by painstakingly slow? The transition for you being 26 getting video work has got to be a good feeling. You’re still young!

A: I totally get that. I do feel young but the biggest regret I have is looking back on the last six years. The feeling of knowing you could have done more or better is the only thing I lose sleep over. Time is a strange thing. In the moment, you’re zoned. When you look back after some time is when you start to see what you could have done differently. In theory, I’m young. Doesn’t mean I could have limited my mistakes early on if that makes sense. Part of that is due to not really having guidance when it comes to anything I do.

Q: I understand that’s a tough task to challenge with nobody to steer you. Your family hasn’t been involved in your career at all? Any mentor figures?

A: To a certain extent. I meant that more in the sense of I can’t pick up the phone call my mother and expect her to understand or give me sound advice when it comes to art stuff. They have no experience on what it’s really like. Not a knock against them but when you’re doing something first you have to expect to fumble on your own. No mentors either, doesn’t mean I haven’t collected bits of good game from people I’ve been around. I’m always observant even if it’s not a conversation regarding other people’s good habits. I find you learn a lot that way. I’ve been fiercely independent since I’ve been a kid. My parents are immigrants, in a way you figure out a lot of things they don’t know about this country on your own.

Q: Interesting. Makes me wonder, have you found that collaborating with other videographers or photographers helps you learn? 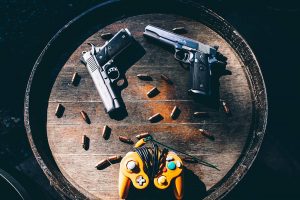 A: Yes! Absolutely. Teamwork makes the dream work. Most photographers and videographers are super cool especially in the Bay Area. Of course every now and then you’ll run with an ultra-competitive person that doesn’t want to work together at all but for the most part collaboration has been eye-opening for me. There’s always going to be someone that can do something that you cannot, or something you hadn’t even thought of. Collaboration really helps open that up.

Q: Yeah! I could see how in your shoes it is difficult to rely on yourself as the primary option. Did collaboration come around early to you before you started working on paid shoots?

A: In a sense. I wasn’t working on paid shoots before I was working on free shoots. Nobody wants to give a free handout to collaborate and share their money with you. I hit up rap artists I thought were cool to start creating visuals for what they do. That was my form of collaboration initially and I found it valuable.

Q: So I have to ask, it’s a big topic in the art world. Do you have to work for free before you’re paid?

A: 100% true. There are people that think they don’t and I’m sure some have succeeded with that thought process. For me personally, it was more of a pride thing. How can I show someone that I have done something when my portfolio doesn’t show it? Let me go out, grind and get that first so nobody can object. Plus, it’s good practice. You can make mistakes on free work as much as you want and nobody can complain. When you get paid, you have a short leash.

Q: And it gives you ample opportunity to grow with a rap artist you sought out in the first place.

A: Yes, I really like that aspect of it. Unfortunately, that isn’t always the case but when it is, things work out. 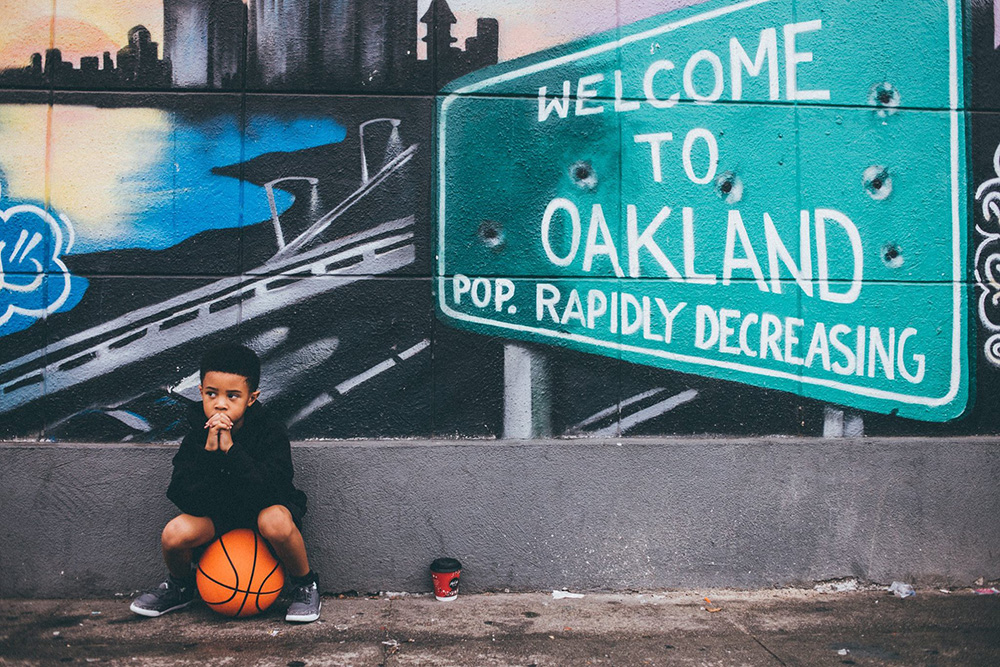 Q: What do you mean by that?

A: Everyone has their own lives, things going on and a lot of times dedication is tested when external factors are put into play. I know artists that are in really good positions with a decent to large following that haven’t put a project out for over a year. There is no entrepreneurial book or business intelligence guide that will tell you that is a good move. If you’re on the come up you have to flood, flood, flood. That isn’t a knock against some artists I work with though but a reality of the game that even they know. Like I said, sometimes you have to handle life first before you can handle art but you can’t expect to have a balance. The average person is working 45+ hours a week at a desk job in the Bay Area. If this was a desk job nobody has the luxury to hit pause without getting fired. If creating is your day job then you should expect to show that level of intensity. Also, some people want to trade up with industry giants when they get the chance. Nothing personal, it’s just business. 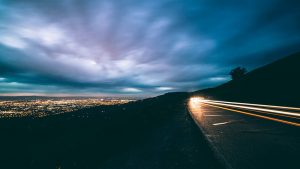 Q: How do you get past that when you have external factors going on in your life?

A: Well, I try. I take breaks as needed. I’m not 100% efficient. I realize that there are people relying on me to make things for them and want me in their corner. I don’t have the luxury to push pause when there’s a release date upcoming.

Q: Let’s rewind for a second. Looking at many of your photos there’s a real gritty perspective mixed with gorgeous scenery. It’s a huge contrast. What is the inspiration behind this?

A: The Bay Area is a beautiful place but it’s also slimey. It’s as simple as that. I’ve seen some wild things here and later that day witnessed the most majestic sunset. Also, I try to use it as a harsh reminder of what life really is. Our wage disparity is troublesome looking at the statistics. People do what they have to do to survive in this crazy land. It’s just the life I see.

Q: I can imagine in a place that large with many cities things can get a little chaotic. The color schemes are what drew me to your photos, are they always intentional?

A: They are. It’s always a reflection of how I’m feeling mixed with what the scene calls for. Obviously weather plays a big part but I’ve always found myself able to express myself through colors. Editing is therapeutic to me, it gives me time to listen to music, drink a beer, and have a process where you can really analyze and depending on your mood create corresponding colors.

Q: Is there anything you dislike about photography? About working in the music industry?

A: I hate it when I can’t get a banger of a photo for weeks. It happens just like basketball, the shooting slump. I shoot literally almost every single day. Sometimes paid work doesn’t go as well as other paid work. It’s not intentional, getting something I’m really stoked on is hard. As for the music industry, I don’t like politics which comes with the territory. Seeing people blowing through their checks on dumb things and struggling later is rough to see too. 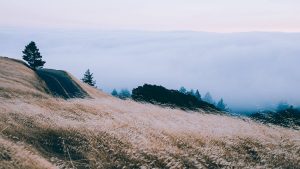 Q: As far as art goes whether it is visual or music is there a certain age where you consider stopping? Some people talk about not having the itch to create anymore.

A: Situational. You should never hang up something you’re passionate about. Personally, I could never hang it up. However, I was 30 with a family, if the gigs stopped flowing in, if I suffered financial hardships you may have to reconsider doing it as a primary job if my family was relying on me. Wouldn’t ever suggest someone to hang it up completely but make it more of a hobby. You’d feel empty if you completely stepped away.

Q: Is there anything you’ve learned that is crucial to growth?

Q: What is the dream gig for you?

A: Traveling to some odd mountain range in the middle of nowhere and shooting a bottle of Jack Daniels. Seriously. That or I have some short film ideas I’d like to get out there when I can get budgeting, sponsorships correct in the next year. 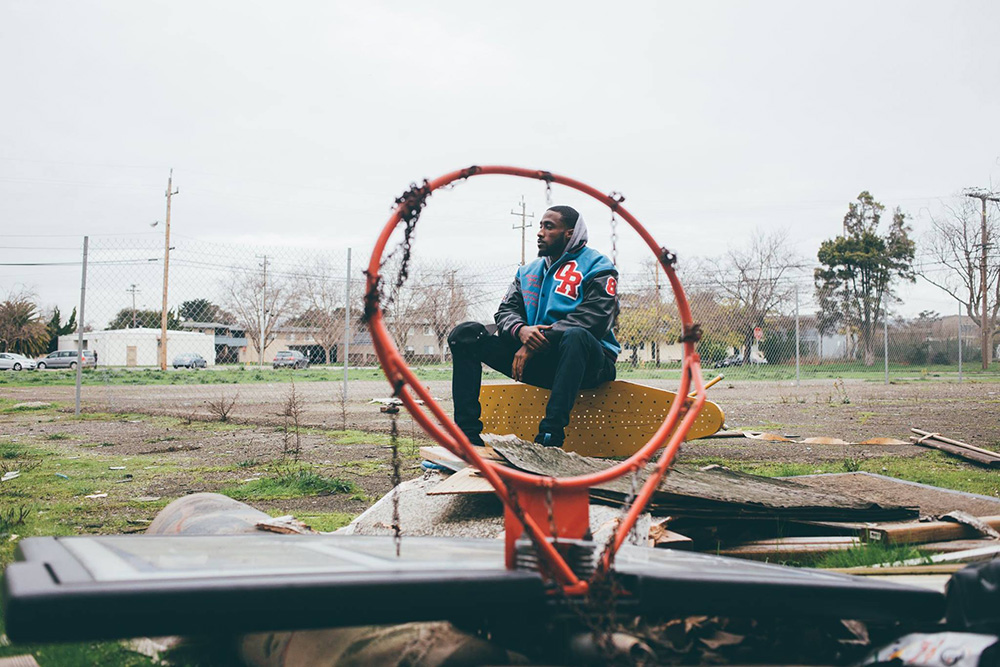 Q: Last year, you had a pop-up shop. I’m surprised you didn’t mention that on the dream gig list!

A: I mean it went according to plan for the most part. I wasn’t really satisfied with how I did it. A good crowd showed up which I am very thankful for. In retrospect, I could have done more to really spice the place up and make it an experience in terms of decor. I had the opportunity to write on all the walls and didn’t utilize it. The space I chose was small because I honestly didn’t expect that many people coming until it was packed.

Q: Maybe for next time if you decide to do another one?

A: Oh yeah most definitely. I’m working on doing another one right now actually.

Q: What is the concept?

A: I want to give people a vivid picture of what goes on in the head of a visual artist. I want to write short thoughts on the wall of what I was thinking of around the frames. I want it to be not a guest walking into a simple pop-up shop but a guest getting an opportunity to walk into my mind. Something more compelling.

Q: Any other plans?

Q: Where can people keep up with your work?

A: Feel free to give me a follow @kybalionvfx