Atlanta is one of the world’s capitals for modern film production. Crew and on-screen talent are flocking to The Hollywood of the South. Director Arma Benoit, however, has been there since before the town was an entertainment hotbed (seriously, check out her IMDb, and that doesn’t even cover the music videos she’s produced).

We chatted over Zoom on an evening in late April about what she’s been up to and where she’s going. 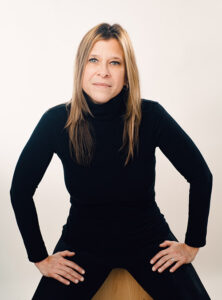 Matt Levy: Arma, you’ve been in Atlanta since the early 1990s. Can you tell me a little bit about how you came up?

Arma: Well, I started as a PA. I was going to Georgia State for film and started trying to get some real-world experience. My very first job was an Aaron’s Furniture commercial that we shot in the middle of Piedmont Park.

The first video I ever did was Busta Rhymes’ “Gimme Some More” with Hype Williams. I was a PA in the art department, but the coordinator had an emergency, and I got promoted. It was nuts. That was a 1.25 million dollar video, and I was just out of school. Busta gifted June Ambrose a Range Rover on that job. We had a 24/7 construction crew building all those forced perspective sets. I met [now producer] Honey Lathan on that job, who I adore to this day. The UPM on that job said I ought to move into production, so I did.

Matt Levy: When did you figure out you wanted to be a director?

Arma: When I was eight, I decided I would be a filmmaker and never looked back.

Matt Levy: Why didn’t you start directing right out of school then?

Arma: Honestly, for a long time, it’s because I kept waiting to be given an opportunity. I finally figured out that any idea of a meritocracy is a lie and that opportunities are created, not gifted.

Matt Levy: What were the first projects you directed?

Arma: I shot a short (never released) called “You Can’t Fuck a Balloon” about a woman who temporarily replaces her husband with a balloon. In the end, it doesn’t work out for her because, well, as the title says…

After that, a music video on my friend John Carlisle’s farm, and then one in my backyard called “Imbécile” by Sébastien Ayreault. I did shibori dying with real indigo for days and days before I shot it. I still love the way that one turned out.

But I wasn’t getting paid to do any of it. I was still working in the art department on various TV shows (The Vampire Diaries, Greenleaf, Step Up: Highwater) trying to figure out how to make it my career.

Matt Levy: How did you make the transition from support staff to director?

Arma: My breakout story actually came when I heard my friend’s eleven-year-old daughter recite a poem she had written called “The Shadow by The Grass.”

It was a romantic piece written by a girl in a less than a romantic situation. Right then, I knew I wanted to turn this poem into a short film that wasn’t about the poem but about the poet.

It took several years to complete the film since it was shot on a wing, a prayer (and an Arri Alexxa!) We weren’t sure what to expect because festivals had no idea what to do with a poem in film form. Or was it a film in poem form? We didn’t know.

Yet, against all odds, Amaia started winning festivals and getting recognized. 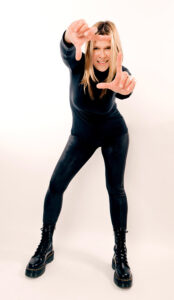 Matt Levy: Did this lead to other directing gigs?

Arma: Sort of. It did lead to my not feeling like a phony calling myself a director.

I had a lot of projects lined up, but when COVID hit, everything fell apart. So, like everyone else, I was in limbo for a while at the beginning of the lockdown.

Artists can always create. We can write, or edit, or paint, or dance, or sing or whatever. The thing I realized that I really missed was being in a creative group. So I started reaching out to other artist friends, also stuck at home, and they, too, missed that connection.

That, coupled with my inner longing to make the leap to the full-time director, helped me create a show called Making Art Work, where I talk to full-time artists in their field. Basically, I wanted to take advantage of the fact that every artist in every medium was locked down and available to talk.

Matt Levy: What is “Making Art Work” about?

Arma: Well, I wanted to know what it’s like for people that do their art, and that’s all they do. No day jobs, no trust funds, but also not blue check millionaire artists. They make it their work and they also make art work for them. So, I started interviewing artists that met this requirement. Many times, these people were living in their grandparent’s basement, and most of their days were spent keeping up with email, Instagram, and paying to have logos designed. It’s not the romanticized starving artist life one might imagine.

Matt Levy: And that show led to your directing full-time?

Arma: It sort of did! One of the episodes was with my friend Ashilee Roberts, who composed the score for my short. (Ironically, she is now ineligible as she has a blue check. But at the time, she did not.) When an artist she had produced for, Cherae Leri, reached out about doing some videos, Ashilee suggested we connect. So next thing you know, I’m driving to Myrtle Beach and filming “Vibe Wave Mood.” We ended up shooting five videos overall. And in that time, I’ve had the good fortune of directing other artists’ music videos as well, and it just kind of hasn’t let up.

Arma: On the immediate horizon, I’ve got a video premiering soon that I’m VERY excited about. I recreated five epic 1980’s music videos; only I replaced the white male lead of those days with the artist, Oomy Obsidiãn. I absolutely love the way it turned out.

I’m looking to move more into the narrative this year, and fingers crossed, there’s a feature I may be involved with. (Until contracts are signed, you never know.)

Besides that, I guess I’m looking to align myself with a music video production company and sign with an agent who can help me get the narrative work. So it’s an exciting time right now!

This interview has been edited and condensed for clarity.