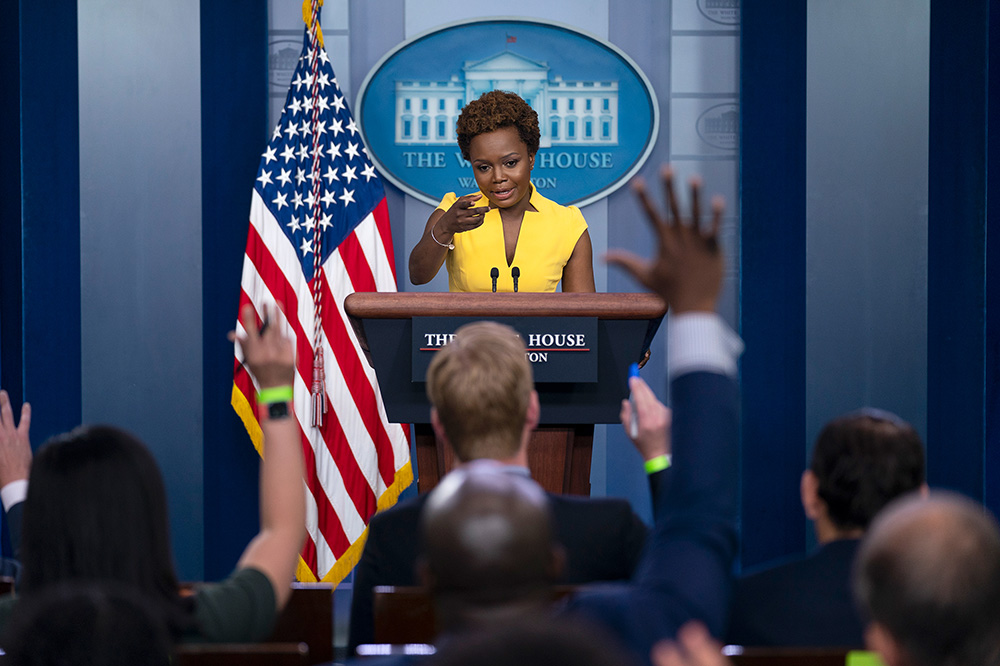 President Biden announced Karine Jean-Pierre will be the next White House press secretary, effective May 13. Jean-Pierre will be the first out LGBTQ person and the first Black person in U.S. history to serve in this role. She currently serves as White House principal deputy press secretary. Before joining the White House, Jean-Pierre served as chief of staff for vice presidential nominee Kamala Harris on the 2020 United States presidential campaign. She was the first out LGBTQ woman and first Black woman to hold that position.

“Karine is a lifelong public servant and fierce LGBTQ advocate. We are proud to have advocated for her historic nomination. As White House press secretary, she will not only be able to use her podium to represent the Biden administration, but also the LGBTQ community during a time of unprecedented anti-LGBTQ hate and attacks. As the first out LGBTQ person and the first Black person to hold this office, her appointment will inspire countless young people looking for hope and motivation during a dark chapter in our nation’s history. Shattering this lavender ceiling is a testament to Karine’s grit, power and commitment to our country’s potential. We are confident she will continue to be a strong ally and partner as she works in the highest office of the land.”