In a peer-reviewed study published in the September 2019 issue of Journal of Substance Abuse Treatment, the Comprehensive Opioid Response with Twelve Steps, or COR-12®, framework was shown to result in high rates of medication compliance, high engagement in other aspects of treatment and recovery support, and high rates of continuous abstinence in the first six months after initiating recovery.

“For struggling individuals, families and communities, addiction—especially opioid addiction—can seem like an intractable illness, but the reality is that recovery is very much possible,” said Marvin D. Seppala, M.D., chief medical officer of the nonprofit Hazelden Betty Ford Foundation, a leading national provider of addiction treatment, education and recovery resources.

“Medications help some people, clinical therapy helps others, and still more are helped by peer support. With COR-12, we integrated all three of those elements into a comprehensive model designed to keep people in treatment longer and give them the time and resources they need to stabilize, regain health and hope, learn vital recovery skills, and develop connections to support their long-term recovery. This study shows we are on the right track,” Seppala said.

Medications like Suboxone® and Vivitrol®—coupled with psychosocial clinical counseling—are widely acknowledged to be the standard of care in treating opioid addiction. But in practice, few medication providers are equipped to provide clinical counseling or to facilitate connections to peer support, while few traditional addiction treatment providers—more experienced at counseling and facilitating peer support—are equipped to provide medications. COR-12 operationalizes the combined use of medications and clinical counseling and adds the important element of systematically connecting people to Twelve Step programs and other forms of peer support. Philosophical divides have historically prevented such integration of approaches.

“When we started COR-12, we heard it from both extremes: those who were ideologically opposed to the use of any medications, thinking it was just replacing one drug with another; and those who favored medications but remained ideologically opposed or indifferent to counseling and peer support, especially anything that might include spiritual elements like the Twelve Steps,” Dr. Seppala said. “We think we have bridged that gulf by embracing multiple effective approaches and showing they can work together, ideally, or in any combination, providing patients with choices and multiple paths to recovery.”

Stephen Delisi, M.D., medical director of Hazelden Publishing’s Professional Education Solutions, a training and consultation division within the Hazelden Betty Ford Foundation, said COR-12 begins to address a longstanding, counterproductive impasse between those against medications and those against Twelve Step-oriented recoveries.

“COR-12 stands as a bridge across multiple pathways of healing. We ought to be for everything that has evidence for working,” said Dr. Delisi. “People should have access to the compassion and blueprint for living found in Twelve Step communities as well as the potentially life-saving medications that reduce the risk of relapse and overdose.”

“As much as anything, COR-12 is a pro-recovery initiative, breaking down traditional silos and smashing a multitude of stigmas—against medicine, therapy, Twelve Steps and addiction itself,” Dr. Delisi added. “COR-12 brings the best evidence-based treatments and recovery supports together in a recovery-by-any-means blend, anchored by the belief that science and wisdom are both equally vital to the recovery experience.”

The naturalistic, prospective study followed 253 adult patients with opioid use disorder who were admitted to Hazelden Betty Ford’s residential treatment facility in Center City, Minn., between June 2013 and June 2017. The sample population was very high in acuity, with the majority of patients having multiple substance use disorders, multiple co-occurring mental health disorders, and multiple prior treatment episodes. Patients participating in COR-12 received opioid-specific therapy, education and case management; were given the option of Suboxone, Vivitrol or no medication; and participated in the rest of Hazelden Betty Ford’s treatment model, which utilizes the best evidence-based clinical practices and systematically connects patients to peer support and other recovery resources.

Here are some highlights of the findings:

“Our patients with opioid use disorder traditionally did not stay in treatment as long as other patients. The COR-12 results, on the other hand, show an extremely high level of engagement with treatment, validating our hypothesis that patients benefit when given the choice of accessing anti-craving medications as a supplement to their other evidence-based care,” said Val Slaymaker, Ph.D., chief academic officer and provost of the Hazelden Betty Ford Graduate School of Addiction Studies and executive director of Hazelden Betty Ford’s Butler Center for Research. “Length of engagement is important because it helps predict positive outcomes, which is why these results are significant. We will continue to study COR-12 and share the results widely to help inform our own practices and those of the industry.”

Jordan Hansen, clinical director of Hazelden Publishing’s Professional Education Solutions, said the rigorously integrated approach of COR-12 is a bridge to a new treatment model for all addictions, not just opioid use disorder.

“COR-12 represents a new frontier for addiction treatment and perhaps all of the healthcare because it brings the best of medicine, behavioral healthcare, and time-tested wisdom traditions together, in an operationalized way, to treat the whole person in an individualized way,” Hansen said.

COR-12 has caught the attention of healthcare providers across the country. It was recognized in 2015 by the White House Office of National Drug Control Policy in its annual report to the President, and other providers and health systems nationwide are now turning to the Hazelden Betty Ford Foundation for help implementing a COR-12 framework.

“We have introduced COR-12 to a variety of providers—including many federally qualified health centers—in over a dozen states through our training and consultation services,” Hansen said. “The St. Elizabeth hospital system in Kentucky was the first provider outside of the Hazelden Betty Ford Foundation to get training and then deploy COR-12, and it was able to reverse its the skyrocketing opioid overdose trends, reducing the number it treated from more than 2,000 in 2017 to nearly 1,000 in 2018.

“Another partner in Kentucky is the Kenton County Detention Center, which is implementing COR-12 with our help and also collaborating with the University of Kentucky to measure the results and validate that medications can be used safely and effectively in a corrections setting. We hope that it becomes a potential model for the country.”

Patients with opioid use disorder have unique challenges—like hypersensitivity to pain—that can undermine their ability to remain in treatment and ultimately achieve long-term recovery. It is a population also at great risk of overdose if they relapse on the same doses they were previously taking. COR-12 addresses these challenges by using medications to keep people comfortable enough to stay in treatment and engage in evidence-based clinical therapy and opioid-specific education and begin connecting to a Twelve Step peer support community.

“Because the withdrawal symptoms and physical and psychological draws of opioids persist for so long, keeping patients engaged in treatment became our focus,” said Seppala, the chief medical officer. “Medications help, but we also work hard with patients, their families, and their insurance providers to keep patients engaged in treatment and support services as long as possible. Our ultimate goal is to help patients make the transition from intense clinical management of their diseases to community-supported self-management.”

COR-12 was launched in 2012 after Hazelden Betty Ford leaders noted a precipitous rise in opioid addiction among their patient population and an increase in overdoses post-treatment.

“We’ve been mobilizing our entire organization to zero in on the opioid overdose epidemic and broader addiction crisis ever since,” said Mark Mishek, president and CEO. “Adopting medications was a huge cultural shift for our staff, referents, alumni, and donors, but it was clearly the right decision. It took some time to operationalize and study COR-12, and we have more research to do. But it’s extremely encouraging to see such positive results from this first research, and I expect we’ll see more.

“In a nation plagued by overdose deaths and increasingly overwhelmed by addiction to all manner of substances, we need more hope, more healing, more solutions, and more recovery,” Mishek added. “We feel like we’re moving the field forward here, not just in terms of treating opioid use disorder but in terms of treating all addictions. The days of philosophical camps need to be over. It’s time to embrace everything that works, and we’re committed to doing that in a way that is rigorous and replicable.”

The study is available here. 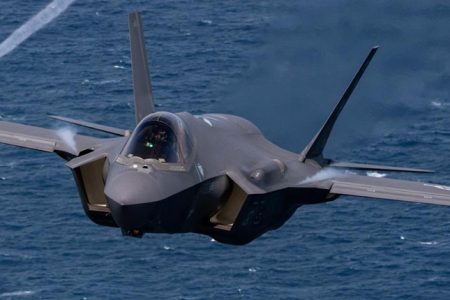 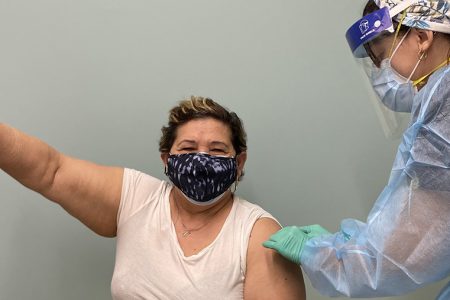 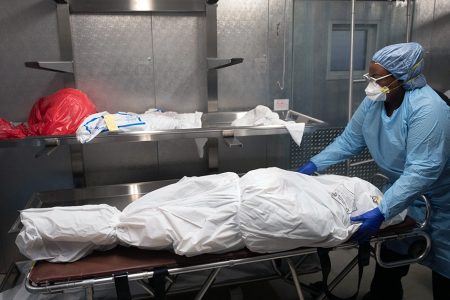