A koala after a Kangaroo Island bushfire. © Brad Fleet

A new scientific study released on March 3, 2020, reveals the true impact of climate change and the recent bushfires on koalas across New South Wales (NSW). The report, commissioned by the International Fund for Animal Welfare (IFAW) and prepared by the Biolink research group, is the first comprehensive assessment of changes to the distribution and abundance of koalas as measured across three generations of koalas and culminating in the 2019/20 fire season.

The report quantifies the impacts of recent fire events on koalas in the context of broader population trends across NSW over the past three generations of koalas. Nearly 5,000 koalas are estimated to have perished in this time, nearly 12% of the population. This estimate is deliberately conservative and real losses are likely to be higher.iv Up to 66% of the population has been lost over the past three generations.v A further Addendum to be submitted with the report will cover the time period 10 January to 10 February and final numbers are expected to be even direr.

The report concludes that there is an immediate, ongoing and significant threat of extinction to the NSW koala population, making it eligible for a provisional listing as Endangered on an emergency basis under the NSW Biodiversity Conservation Act 2016.

5.1 million hectares (12.6 million acres) have burned across NSW; over 18 million hectares (44.5 acres) across the country. This is equivalent to the size of England and Wales. Not yet taken into account in are the many hundreds of thousands of hectares of otherwise unburnt koala habitat that has previously been rendered unsuitable through water stress and loss of food sources associated with the drought. With climate change and high-frequency fire only likely to increase, there are significant challenges for the longer-term survival, and for many populations the chances of recovery are unlikely.

Seven of Australia’s combined bioregions were impacted by the fires, with the combined ‘NSW North Coast & South East Queensland’ bioregions collectively having 29% of their entire land surface burned. The fires have severely impacted many Areas of Regional Koala Significance (ARKS). 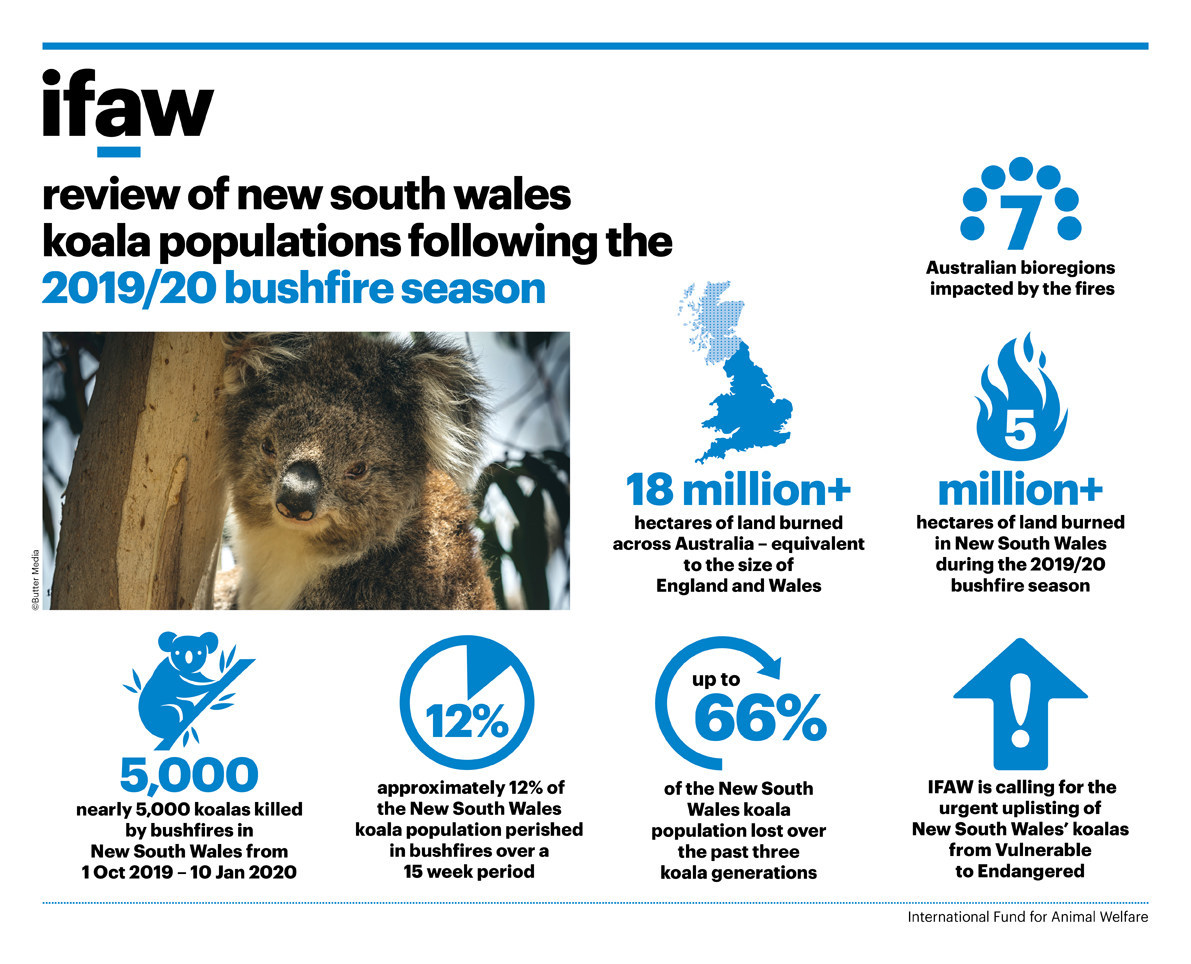 Key takeaways of the report include:

Alongside legal consultation from the Environmental Defenders Office (EDO) on the tools available to increase protection for koalas in NSW, IFAW has submitted a nomination to the Threatened Species Scientific Committee, co-signed by Friends of the Koala, Humane Society International (HSI) and Port Macquarie Koala Hospital.

“Koalas were already living on the brink before these fires, with populations declining in many areas due to excessive land clearing, disease and roadkill and local extinctions already known to have occurred. This disaster and the ongoing nature of the threats could push koalas over the edge,” says Josey Sharrad, IFAW Wildlife Campaigner.

“This is a koala emergency. Koalas must be immediately uplisted to Endangered on an emergency basis and a moratorium on all harmful activities impacting koalas enforced to allow surviving populations some breathing space while their capacity to recover is further assessed.”

Citizens around the world can make a difference today by heading to ifaw.org and asking the New South Wales Environment Minister, Matt Kean, to up-list NSW’s koalas from Vulnerable to Endangered on an emergency basis.

Accountants to Ensure Transparency Around Climate-related Risks to the Economy 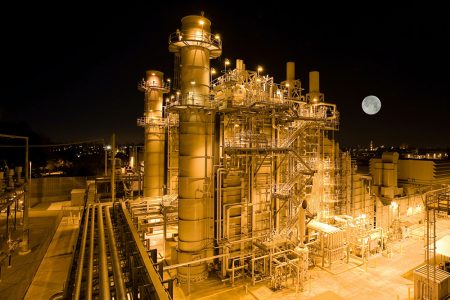 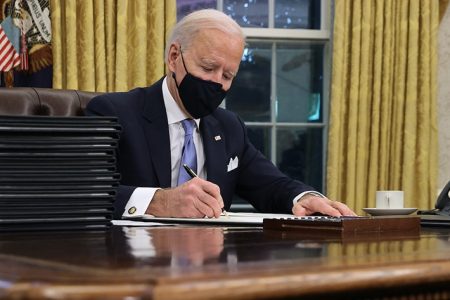 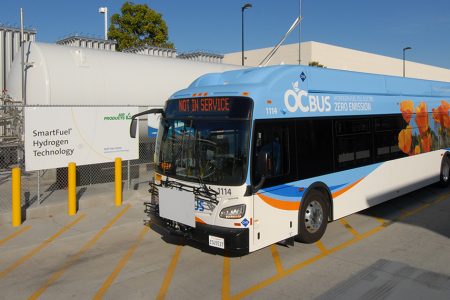