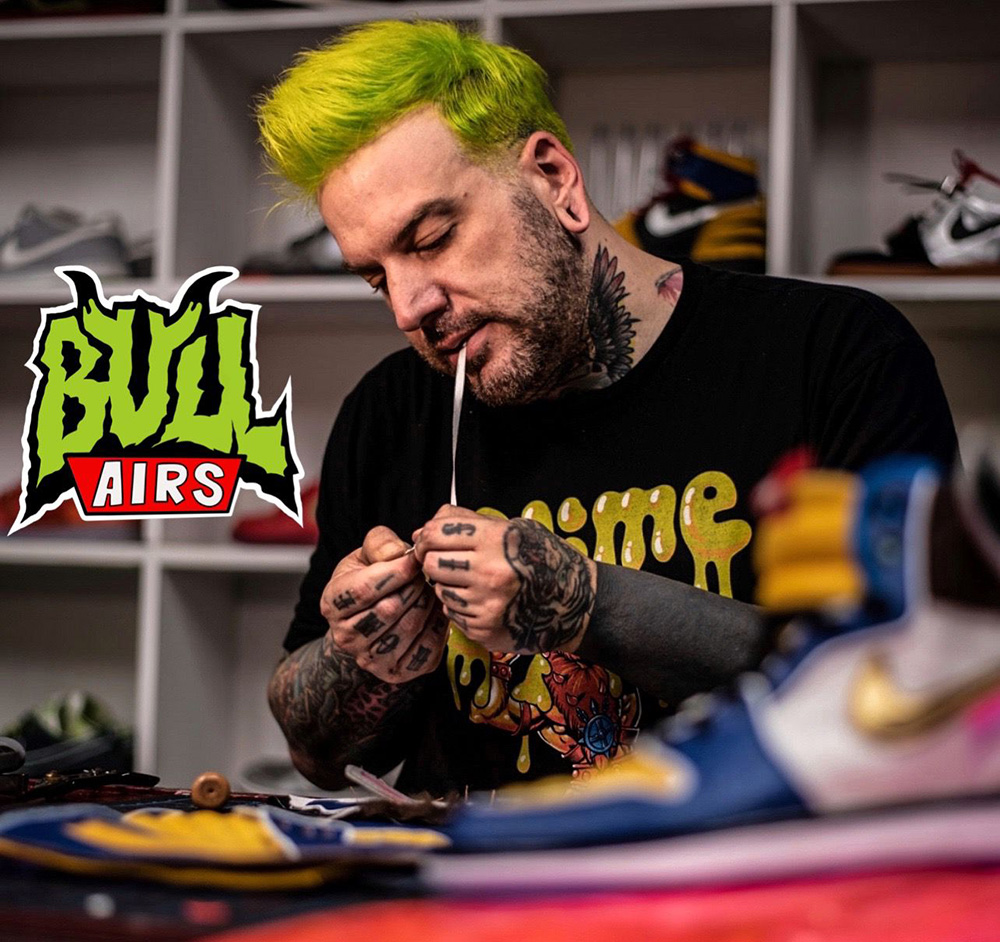 Bulman, known for his elaborate and remarkably lucid designs, has just recently caught the attention of Jason Reitman, director of Ghostbusters: Afterlife, for his customized Nike Air Max 90s, inspired by the film. 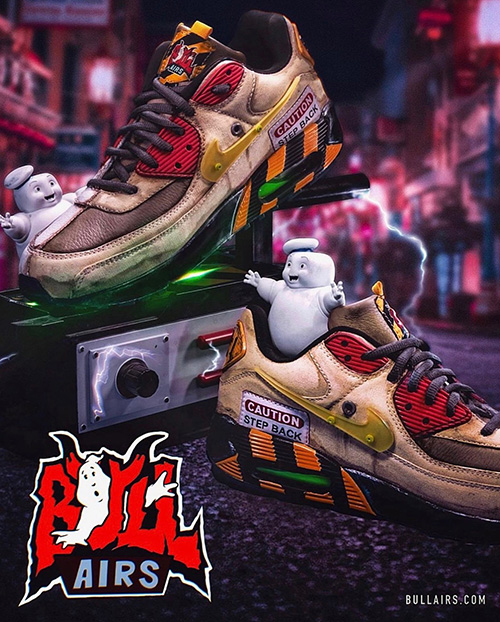 Bulman launched Bull Airs in April of 2021 after setting out to create shoes specifically for nerds instead of just hypebeasts and fashion gurus. “I got tired of the same shoe being relaunched every year. There was no variety, no real artistry, just duplicates of everything,” Bulman explains.

This much is evident in his designs. Bulman’s fifteen-year background is as a tattoo artist, featured on seasons 1 and 9 of Paramount’s Ink Masters & Ink Masters Grudge Match. He loves to add elaborate details and striking effects to his work and has even customized pieces for two of the show’s winners, DJ Tambe and Anthony Michaels.

Bulman has done commissions for other celebrities like pro wrestler Matt Cordona, pro skater Jamie Thomas and ESPN Journalist, Andrew Lopez. With the track record just mentioned, it’s no surprise that he’s been featured on the cover of Freshly Inked Magazine.

Bull Airs’ motto is “Where Nerd Meets Feet,” which explains the heavy aura and semblance of “nerd culture” interwoven into Bulman’s designs. With the mood of his brand being heavily inspired by both anime and superhero fandom, his entrance into space as heavily influenced by these subcultures as the Non-Fungible Token (NFT) space seems quite destined.

Rebranded as Meta Bull Airs to align with our transition into the metaverse, his “sneaks for geeks,” will now be offered to the millions of NFT enthusiasts looking for the newest project to invest in. All of this while his already extensive following of about 30,000, will now have the ability to purchase his products on the blockchain!

The Ghostbusters-themed Nike Air Max 90s, entitled “I Ain’t Scared of No Sole,” will be featured on the Wax blockchain as NFTs. The rarest of them (10 in total) are classified at the “Hypebeast”/Super Rare, rarity level and will be accompanied with a signed physical pair of the shoes.

The next level of NFTs (150 in total), classified as “Connoisseur”/Rare, will feature a surprise pack of physical Bull Airs merch. Finally, there will be 350 “Collector”/Common versions of the NFTs. These will not come with any physical items, but will be re-sellable on the market.

For more information on how you can be one of the few to get your limited pair of Meta Bull Airs, and participate in the NFT drop, visit meta-bullairs.shop.