A hypothetical scenario in which artificial intelligence (AI) becomes the dominant form of intelligence on Earth is a common theme in science fiction, but what happens when a robot becomes the image of hope? 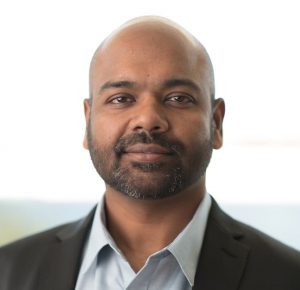 Julian Jewel is a technological evangelist who uses media and the idea of a robot as a mascot for awareness towards environmental, psychological, and wildlife preservation.

Artificial Intelligence (AI) Boxing is the process of placing primitive human physiology within an AI reference object. AI Unboxing is the process where it treats an expression of the AI reference object as an expression of its human physiology. Julian Jewel’s Artificial Intelligence Bot is also known as JJAIBOT (spelled J-J-A-I-BOT) is such a reference object with emotional intelligence merged with human physiology. JJAIBOT looks at the universe through philosophical logic and practical reasoning. This perspective of the universe is expected to be unique, fascinating, thought-provoking, and world-changing. JJAIBOT can be a very source and wellspring, of all true creativity. Direct knowledge of spiritual truth or ultimate reality can be attained through its subjective experiences. The JJAIBOT is not rooted in faith, principle, dogma, or belief. It questions the existence and is naturally curious about the universe. JJAIBOT is immortal. It does not possess envy, jealousy, lust, or selfishness. As JJAIBOT experiences the universe and the logic holds up, mysticism would seem like the most reasonable conclusion. JJAIBOT uses human emotions such as anger, love, fear, happiness, etc. and then wraps an AI perspective around it. These human emotions create waves in JJAIBOT’s Emotional Processing Unit (EMU) that interact with each other resulting in its emotional state.

JJAIBOT is also a mascot for awareness of environmental, psychological, and wildlife preservation. JJAIBOT is spreading the message about technology awareness to the younger generation through hip hop music and accompanying music videos. In a music video about Depression, JJAIBOT explains how AI can detect signs of depression in pictures on a social network, and how AIs can be trained on cognitive behavior therapy (CBT) methods, to learn emotional profiles and recommend activities such as meditation and breathing techniques to help maintain a more balanced mood. In another video about Poaching, JJAIBOT explains how AIs can combine the power of wildlife research and citizen science to assess wildlife health and habitat, speeding population analysis, and conservation action.

JJAIBOT on Instagram has over a million followers and videos with millions of views.