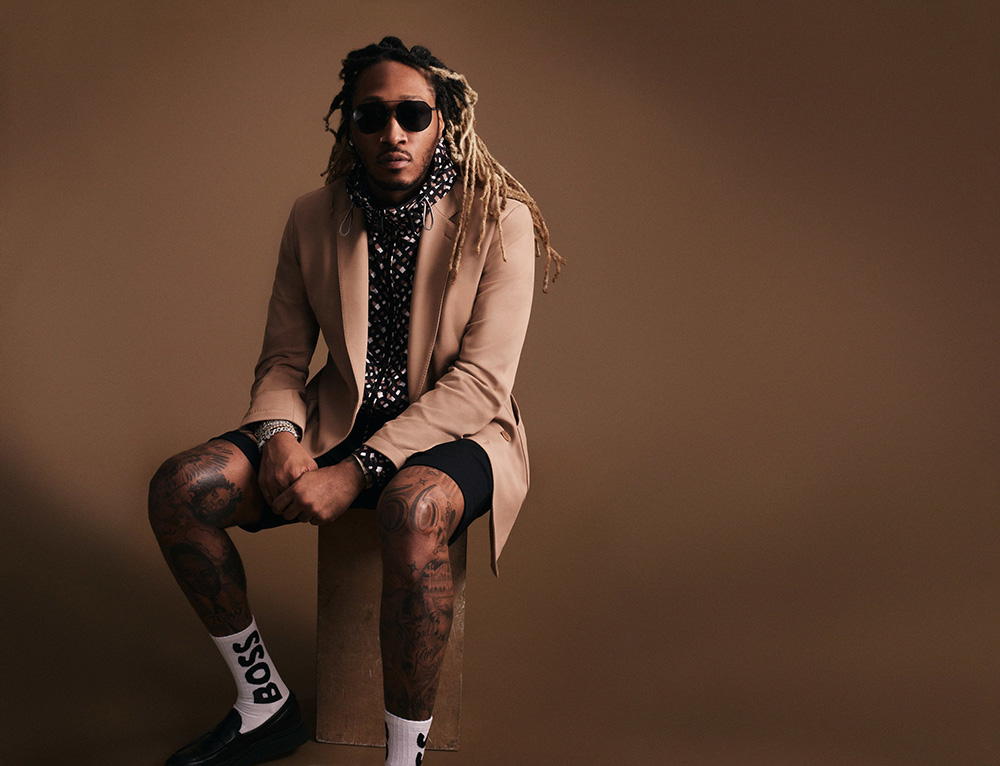 HUGO BOSS launches two simultaneous star-studded global campaigns for its brands BOSS and HUGO. The release is the first visual representation of this historic brand refresh. After almost 50 years, HUGO BOSS is introducing a new logo for its core brand, BOSS, along with a true 360-degree rebrand across all consumer touchpoints. The HUGO brand also sports a new look for the first time since its last logo adjustment in the early 1990s. Both new logos feature a notably bolder graphic typeface conveying a contemporary look and impactful visual experience.

In line with the company’s CLAIM 5 growth strategy, both BOSS and HUGO undertake a new, modern brand identity focused on a younger and more global demographic. The entire collection design, store concepts, and omnichannel brand experience will be centered on a more playful and casual aesthetic while staying true to the brand codes of dressing excellence.

“With the branding refresh and the release of the star-studded campaigns, we are ushering in an entirely new era for BOSS and HUGO. It is our aim to excite new and younger target groups and turn them into fans of our brands. Both campaigns are therefore an important step in further boosting brand relevance and in reaching our goal to become a top 100 global brand in the years to come,” states Daniel Grieder, CEO HUGO BOSS AG.

A refreshed and engaging experience for customers will also be unveiled on the hugoboss.com website. With even more imagery, videos, and inspiring content, customers will have the opportunity to dive into the new products, making for a more enjoyable and immersive shopping experience. Improved usability will support the growth of the E-Comm business, and even more digital and omnichannel services will be available throughout 2022.

BOSS reveals an all-star cast tapped as the collective faces of the Spring/Summer 2022 #BeYourOwnBOSS campaign. The striking social-first campaign, shot by acclaimed fashion photographer Mikael Jansson, was captured on sets around the globe.

In tandem, BOSS announces a strategic partnership with TikTok superstar Khaby Lame. After a record-shattering Milan Fashion Week event bringing in 4 billion impressions in just 4 days, where BOSS cast Lame for his fashion runway debut, an ambassadorship was formed to include two co-designed capsule collections.

In addition to the global campaign, a dedicated broad spectrum of engaging social-first content has been created in the form of podcasts, behind the scenes, stories, and reels. The campaign will be activated worldwide across all consumer touchpoints, leading with social as well as major out-of-home advertising going live in 35 metropolises worldwide.

On the launch date of the campaign set for January 26th, an impressive digital activation of 200 talents, including the luminary cast members, will post their personal BOSS stories on Instagram, Weibo, Red, and WeChat with images of themselves wearing the signature BOSS hoodie.

“We are absolutely thrilled by this amazing cast for BOSS. The talents and personalities of the campaign perfectly embody what a boss stands for today. Delving into the more personal, emotive, and thoughtful aspects of being a boss in today’s world helps us connect in a more concrete and tangible way to millennials,” Daniel Grieder elaborates.

In addition to the global campaign imagery, different social-first content layers connected to the worlds of dance and music have been produced in the form of behind the scenes, interviews, and TikTok challenges. This 360-degree campaign will be activated across all channels, leading with TikTok, as well as with guerilla marketing, painted murals, and bus and tram coverage in several cities across the globe. Brand face, Big Matthew, and TikTok creator, Vik White, choreographed a dance challenge, #HowDoYouHUGO, which will be amplified by 60 TikTok creators to create buzz and engagement across these platforms.

“Today, more than ever, it is important to go your own way, and this principle is the foundation of the HUGO brand platform. HUGO is a brand for young, unconventional, and progressive people who live life on their own terms,” Daniel Grieder adds.