What is a mobile POS?

If you have ever ordered food delivery or goods online, chances are the seller received your order on their mobile POS. Mobile POS are the business counterpart to mobile phones, and are popular because they are lightweight, portable, and affordable.

Why choose an Android-based mobile POS?

The operating system (OS) is the backbone of any POS terminal. In the commercial POS industry, three OS reign: Android, Windows, and iOS.

Android has the most customizable hardware and software. For example, Apple’s iOS only runs on Apple devices, whereas many hardware device manufacturers are compatible with Android OS. In terms of software, Android runs on the open-source Linux platform, so software developers can fully explore the possibilities of Android architecture. In comparison, both Windows and iOS are closed source.

Since Android POS runs on hardware from many different manufacturers, the ultimate performance of the POS depends on hardware quality. It is imperative for software developers to choose the right hardware manufacturers for a mutually beneficial, long-term partnership.

We also consider support services, since after-sales service for Android devices is heavily dependent on the hardware supplier.

An important caveat: there is no “best” POS, only the most compatible POS for your software and target merchant demographic.

Sunmi is a POS developer backed by Xiaomi. It was founded in 2013 as a food delivery company, then changed gears to commercial POS devices. In 2016, Sunmi launched the V1, its first mobile POS device.

Currently, Sunmi has three lines of mobile POS devices, the V, L, and M series. We focus on the Sunmi V2 Pro because it is closest to standard commercial use. 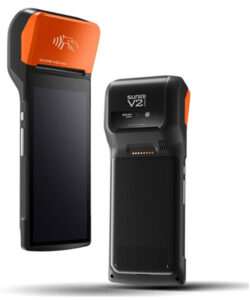 Print speed: The V2 Pro has a 58mm built-in thermal printer with a print speed of 70mm/s. Assuming that the length of a typical receipt is 100mm, it should take slightly longer than a second to print – not bad at all. However, for longer receipts or fast-paced orders, a faster print speed may be necessary.

Display size/weight: The V2 Pro has a very thin body – its thinnest part measures only 13mm. Yet, it comes with a 5.99-inch display and weighs 356g. It is the lightest mobile POS in this review and has a good screen size considering its weight.

Payment capabilities: It has an NFC card reader which supports Type A & B and Mifare cards, as well as a scanner for 1D and 2D barcodes. However, if you are looking for a machine that can receive credit card payments, the V2 Pro is not an option.

Service and support: Sunmi’s headquarters are in Shanghai. It has eight physical offices worldwide, such as in India and France. Sunmi has also pioneered “Sunmi Home”, physical stores with their products on display. As of 2021, there are over 20 stores within China. Thus, Sunmi is a good choice for companies in China that prefer real-life interaction with products and staff.

The Sunmi V2 Pro is a solid choice for those who prioritize form and design. At only 356g, it covers all basic functionalities of a mobile POS device, including decent OS, printing speed, and payment capabilities.

Founded in 2018, the Singapore brand iMin is the newest company among the four.,

In 2021, iMin launched four new POS devices, including the M2 Max. The M2 Max was designed with food delivery capabilities in mind but is versatile enough for alternative uses. 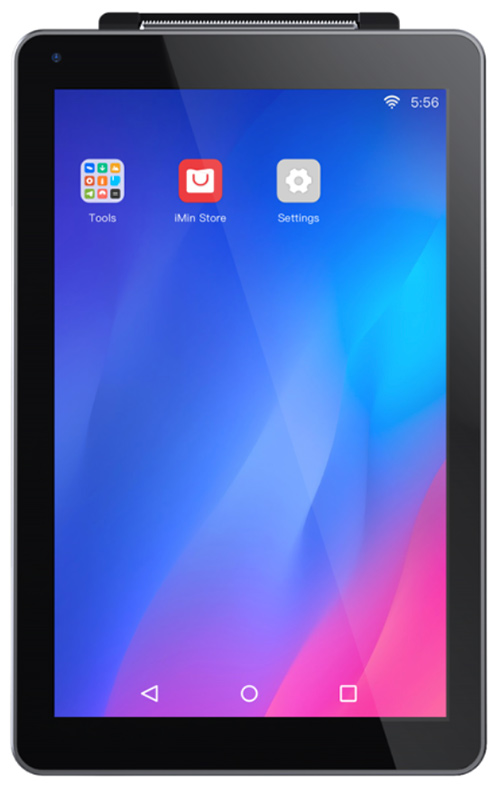 OS: iMin’s M2 Max runs on Android 11 Go, launched in September 2020. The Android 11 Go is a rare gem that promises 15% faster application startup, and more robust data security. POS devices that run on this OS are likely to perform faster and better.

Print speed: The M2 Max has a built-in Seiko printer from Japan. It prints receipts at a stunning 100mm/s, leaving other mobile POS devices in the dust.

Display size/weight: In this review, the M2 Max has by far the largest screen. Its 8-inch screen size straddles the line between mobile and tablet POS, but will be very convenient and easy in daily use. However, the M2 Max is rather heavy at 598g. Thus, it may be better for businesses whose staff will not be holding the device all day.

Service and support: Headquartered in Singapore, iMin has a strong international presence in countries including India, Vietnam, and Netherlands, and a network of channel distributors. On its website, iMin also has a noteworthy database of resources, including troubleshooting guides and blog articles on the POS industry.

The M2 Max is a powerhouse great for high-volume businesses. It has the most advanced hardware specifications and a large screen size that will be helpful in daily use. Overall, the M2 Max does live up to its claim of being a food delivery specialist, and can also be deployed in other businesses.

Founded in 1994, Newland is no newcomer to the POS hardware industry. As its name may suggest, Newland focuses on building up a strong digital payment infrastructure worldwide.

While Newland has a wide range of POS hardware, it has limited Android mobile POS devices. One of its latest products is the N910. 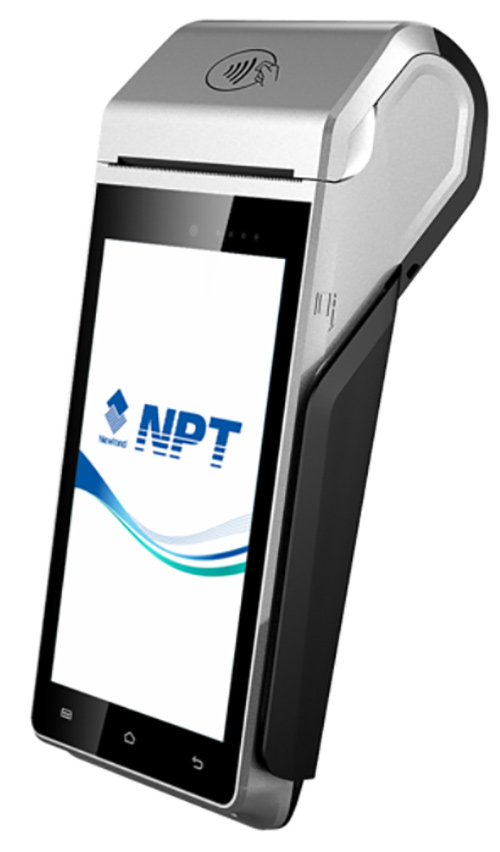 Print speed: Newland states that the N910 prints at a speed of 30 LPs, or 30 lines per second.

Display size/weight: With a 5-inch screen, the N910 is the smallest mobile POS device of the lot. For its size, it weighs a rather hefty 440g.

Payment capabilities: Among the POS devices reviewed, the N910 has the widest range of payment capabilities. It can take payments from EMV contactless, EMV chip and pin, magnetic stripe, and more. This is the main reason for Newland N910’s higher price compared to Sunmi and iMin. If credit card payments are not a must for your business, the N910 may not be worth the price.

Service and support: Newland has a comprehensive partner portal and set of resources on its website. However, while it is stated that their repair centers are located globally, it is unclear where Newland has physical offices.

All in all, the N910’s features are a little lacking, but its financial POS capabilities more than makeup for them. Thus, the N910 may be most suitable for businesses that prioritize digital payment touchpoints.

Founded in 2001, Pax is an experienced player in the POS hardware industry. Pax emphasizes its investments in research, as well as its staggering 564 certifications worldwide.

OS: The A930 runs on the standard Android 7.1, again a standard OS choice.

Print speed: The A930 prints at a speed of 40 lines per second, moderately faster than Newland’s N910.

Display size/weight: 5.5 inches. Weighing 470g, it fares decently in terms of the ratio between display size and weight.

Payment capabilities: The Pax A930 is also a strong contender in payment capabilities. It accepts chip and pin payments, NFC contactless, and magnetic stripe card readers. However, it is also more expensive than POS devices that do not support financial payments.

Service and support: Pax has a robust suite of website resources for partners to browse through. It also has a comparison page for partners to see the differences between different devices at a glance.

*Special note: Pax has developed a payment feature for the blind and visually impaired, a great accessibility initiative!

Despite its investment in research and number of certifications, the A930 did not wow us. However, it is a safe and solid choice that will neither underwhelm nor overwhelm. Its accessibility feature is definitely a plus point uncommon in other POS devices.

The results
In this article, we have compared Android-based mobile POS devices from Sunmi, iMin, Newland, and Pax. Each device has their own merits, summarised as follows:

These four companies offer more than just one model of Android POS. Do explore more possibilities for your business before making a decision!

*Information obtained from company websites, accurate as of August 2021.