Farhan Munshi may just be a 23-year-old entrepreneur, but he has achieved a level of success that most people never achieve in their entire lives. How did he do it? Did he have a trust fund or a ridiculously high IQ? Nope. What he did was hustle and teach himself how to run an online business in the world of eCommerce using information he found on the internet.

Before Farhan earned $30 million in revenue, he learned how to create and run a successful online store. His path to success was, like all are, paved with a few failures along the way. Early on, he was still learning about what works and what doesn’t. His first venture actually lost him money. However, he decided to keep going and try again. He was confident that he could succeed, and succeed he did. 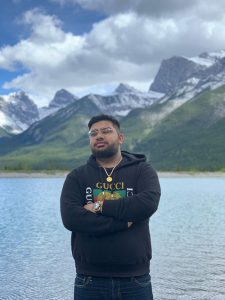 Farhan decided to take courses in finance, data analysis, and people management. He found out about trendy products that could quickly go viral with the right marketing. Those would become his key to unstoppable success.

In the past three years, Farhan has seen his customer base explode. Now, he is raking in millions of dollars thanks to applying everything he learned with his previous business ventures.

The process of growing was not a smooth one either. That is because Farhan soon learned about the challenges that come when a business needs to scale. In order to make more money, he would need a team of people helping him. There was only so much he could do by himself. Soon enough, he had a team of three people. This helped him grow his business significantly. Today, he has nearly two dozen people helping him achieve the eight figures in revenue his company currently enjoys.

Still, this wasn’t the end of the challenges Farhan faced. He was incredibly young for the level of success he was achieving. Even though he knew what he was doing and had the stats to prove it, people would take one look at him and not want to partner with him or provide him with additional financing that would help him grow his business.

All of these challenges weren’t enough to stop Farhan from making his first million and every million after that. This level of unstoppable confidence helped turn him into an incredible success story that can be an inspiration for every other young up-and-coming entrepreneur who wants to reach for the stars.

Today, Farhan has somewhat of a little empire going. He’s got a few successful businesses that, along with the help of around 20 other people, are separating what he does from his competitors. Farhan put a team of all-stars together who are the best at what they do. He helps position them so that they can succeed because their success is his success.

You can follow Farhan on his Instagram page and learn about the latest from this eight-figure millennial entrepreneur.