A new study led by the Wildlife Conservation Society (WCS) has updated the global population estimate for the Critically Endangered Grauer’s gorillas (Gorilla beringei graueri) – the world’s largest gorilla subspecies– to 6,800 individuals from a previous global estimate of 3,800 individuals. This revised estimate comes from recent field surveys conducted in one of this animal’s largest remaining strongholds, in areas that were previously inaccessible for surveys. However, these gorillas continue to be heavily impacted by ongoing insecurity, and by human incursion into their remaining habitat in eastern Democratic Republic of Congo.

Publishing in the American Journal of Primatology, the authors found a total of 3815 Grauer’s gorillas remaining in Kahuzi-Biega National Park and the contiguous Oku community forests These two areas hold almost 60 percent of the global population.

A previous peer-reviewed paper led by WCS in 2016 showed a decline of almost 80 percent in the population of these gorillas since the last range-wide survey carried out in the mid-1990s. However, due to insecurity, the 2016 estimate did not include data from all areas of the Grauer’s gorilla range. The 2021 population estimate includes new field surveys in the Oku forests conducted over the past four years and provide the most up to date assessment of the subspecies to date. These new findings still maintain Grauer’s gorillas as Critically Endangered, but suggest declines were not as great as previously feared. The findings also provide hope for the conservation of Grauer’s gorilla in this challenging area. Gorilla populations in the Oku forests and the highland sectors of the Kahuzi-Biega National Park have remained relatively stable over the past 20 years, highlighting the importance of these areas for the future of this subspecies.

“This is one of the most extensive surveys ever of this great ape, carried out under very difficult circumstances. It is a tribute to the courage and dedication of the Congolese biologists who took part, often at great risk from the ongoing insecurity.” said the study’s lead author Dr. Andrew Plumptre, Key Biodiversity Area Secretariat hosted by Birdlife International, who conducted the research while with WCS. “We show that gorillas and chimpanzees are avoiding areas where people are extracting minerals, an occupation that contributes to the insecurity in the region”

Additionally, there is good news for chimpanzee populations, which have also held steady over the past twenty years. Many other primates have declined however, likely due to bushmeat hunting, especially the Endangered Ulindi River Red Colobus (Piliocolobus lulindicus).

Grauer’s gorillas are a subspecies of eastern gorilla found only in the eastern Democratic Republic of Congo and can weigh over 450 pounds (204 kilograms).

The authors say that the results of the study underscore the importance of good forest protection in the region. They note that the Oku community forests probably has more Grauer’s gorillas than any other site across its range, and together with the Kahuzi‐Biega National Park is the last stronghold for this ape. In 2018, three local community forest concessions comprising a total area of 1,465 square kilometers (565 square miles) were created and attributed to community management in Oku. Additionally, WCS is working with these communities, the Government’s Nature Conservation Agency, ICCN, and the local NGO  Reserve des Gorilles de Punia (RGPu), to create an additional Wildlife Reserve in the Oku forests to secure up to 3,000 square kilometers (1,158 square miles) of forest for gorillas and other flora and fauna in this area.

Said Deo Kujirakwinja, co-author and WCS DRC Technical Director: “Without good protection and forest management, Grauer’s gorillas would be on the brink of extinction. They face growing pressure from habitat destruction from mining and poaching for food. We must secure these forests to safeguard Grauer’s gorillas and other primates.”

The civil war in DRC and continued presence of armed rebel groups have made conservation exceedingly difficult. Furthermore, expansion of mining in the area brings further pressures on gorilla habitat and from hunting of gorillas for food to feed the burgeoning mining towns. More than 80 percent of the world’s supply of coltan – used in many electronic devices and electric cars – is found in the DRC, including much of the Grauer’s gorilla habitat. The focus of conservation efforts must now be on supporting local community management of the Oku forests to protect gorillas and their habitats from outside threats.

Support for the surveys was provided by the Arcus Foundation through the Jane Goodall Institute, German Financial Cooperation, USAID’s Central African Regional Program for the Environment, US Fish and Wildlife Service and the UNESCO World Heritage Centre. Andrew Plumptre was also supported by the Daniel K. Thorne Foundation. Ongoing support to WCS, the Kahuzi-Oku landscape and local communities to protect the Oku forests is provided through Rainforest Trust, the Swedish Postcode Lottery Foundation and the U.S. Department of State’s Bureau of International Narcotics and Law Enforcement Affairs.

How Have Antarctica Temperatures Varied Since the Last Glacial Period? 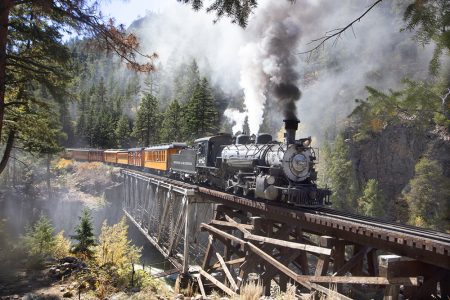 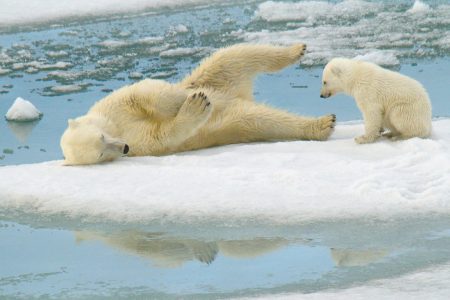 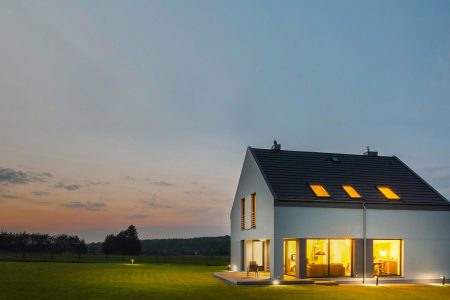