The housing market continues to cool as mortgage rates tick up above 3% for the first time in 10 weeks, according to a new report from Redfin, the technology-powered real estate brokerage.

The Redfin Homebuyer Demand Index—a measure of requests for home tours and other home-buying services from Redfin agents—has fallen below 2020 levels for the first time this year (-1% year over year for the week ending June 20), and the Mortgage Bankers Association home purchase index has declined 11% since the week ending March 24. As a result of declining sales, the active supply of homes for sale has crept up 5% from the 2021 low in mid-March. However, home prices are still rising, homes are selling in fewer days than ever and more homes than ever are selling above list price. These indicators will take longer to reflect a slowdown since they are based on homes that went under contract a month or two ago.

“Some homebuyers are pausing or abandoning their plans to buy because homes in their area have gotten too expensive,” said Redfin Chief Economist Daryl Fairweather. “Even though there are no signs of prices coming down, homebuyers may face a bit less competition and have a bit more selection of homes this summer than they did earlier this year. All year we’ve heard stories about homeowners being reluctant to sell because they don’t want to face such a tough market as a buyer. As the housing market cools slightly, we may see more homeowners finally decide to cash out and move. And as the economy continues to reopen and employers clarify their work-from-home policies, more homeowners may decide that a move is in order.”

Data based on homes listed and/or sold during the period:

Other other leading indicators of homebuying activity: 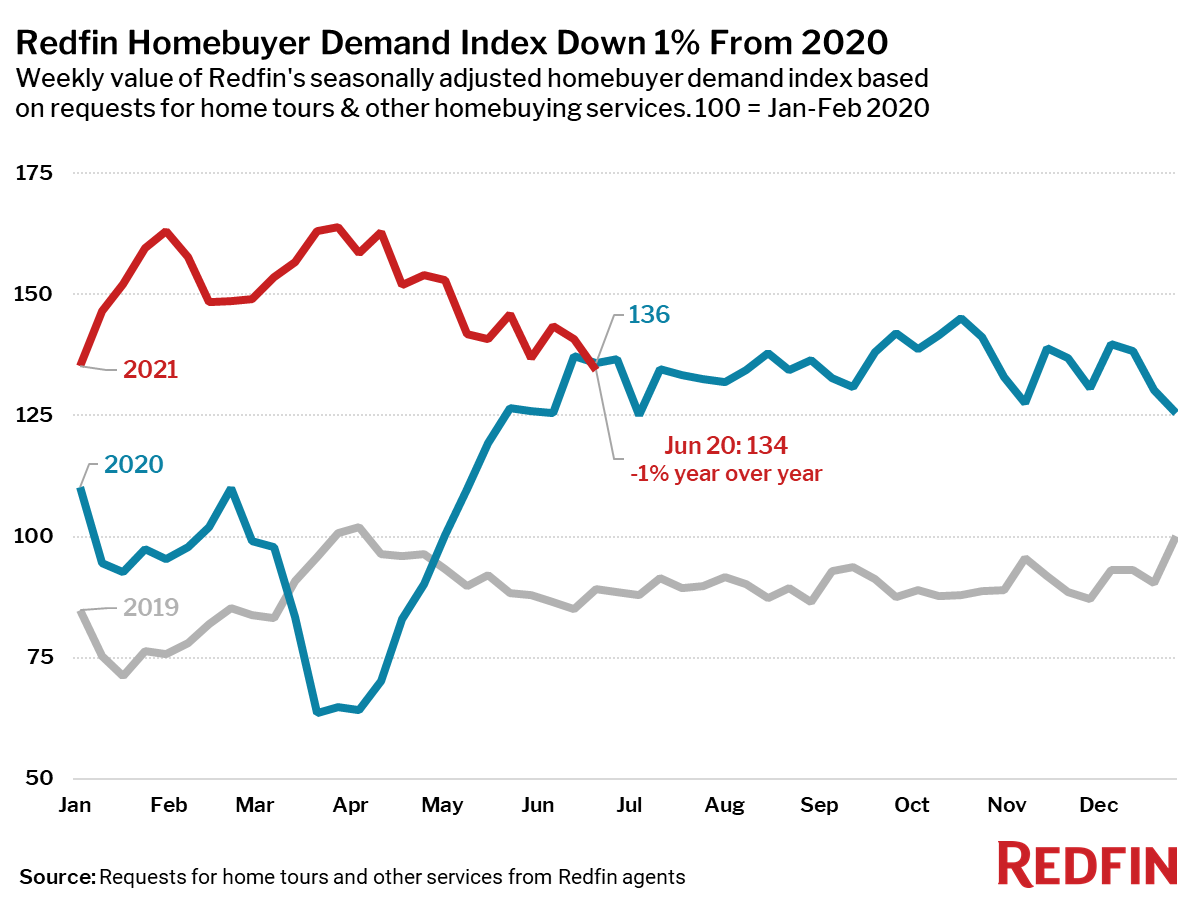 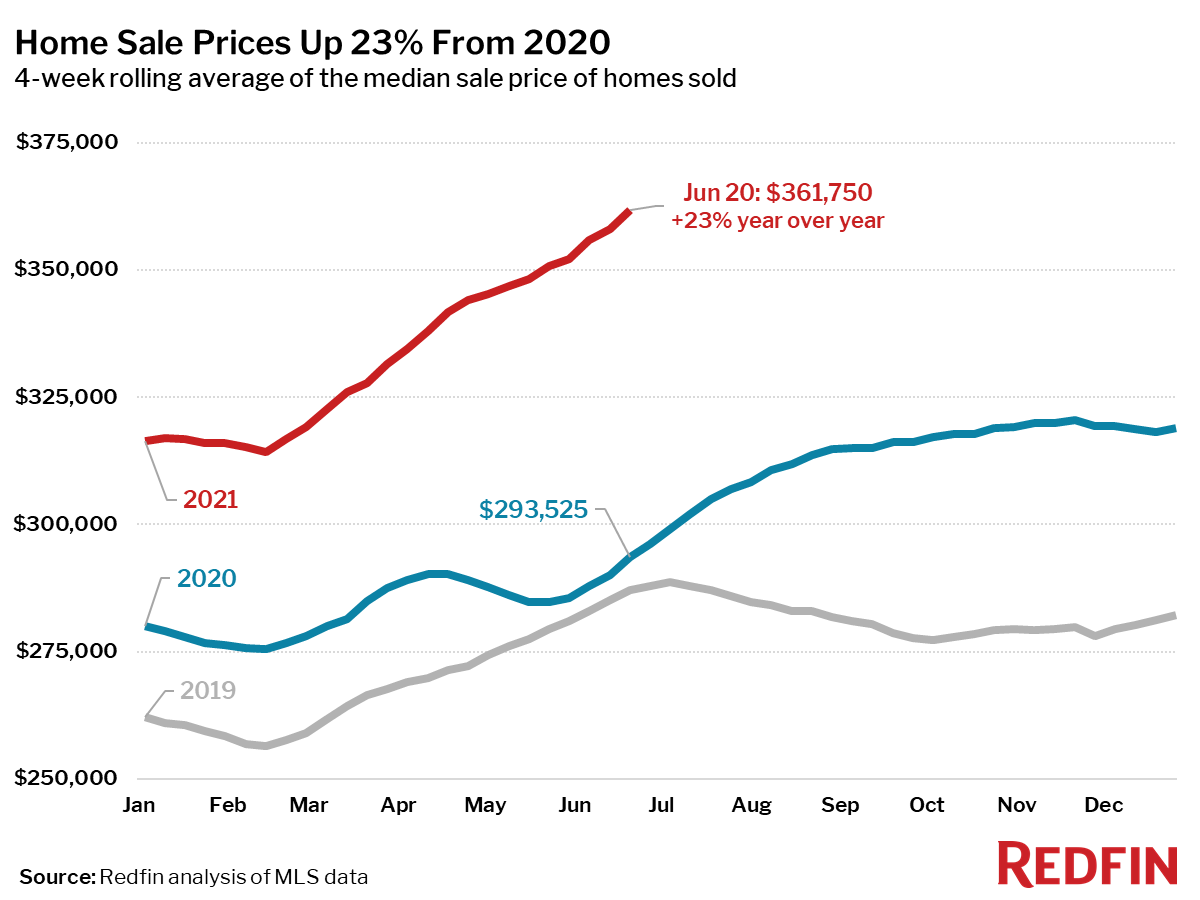 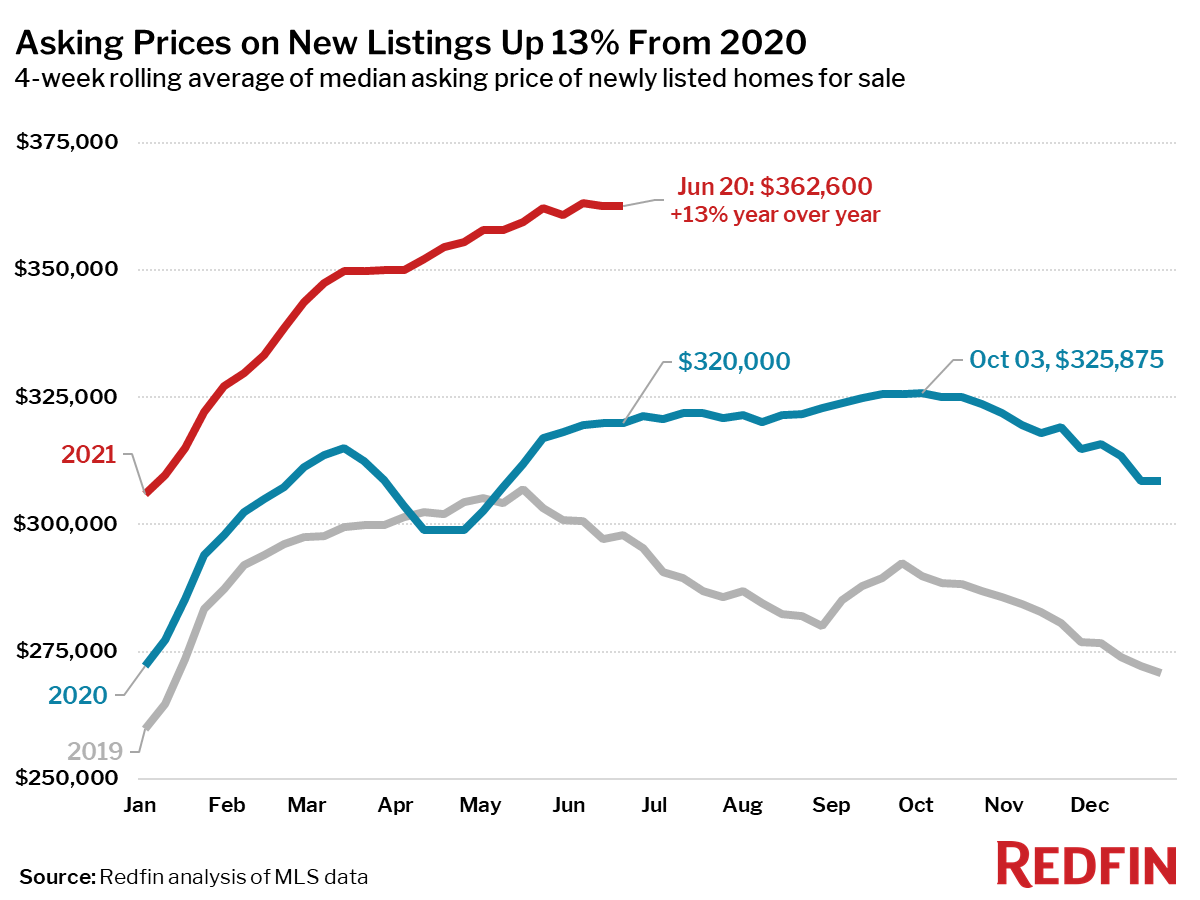 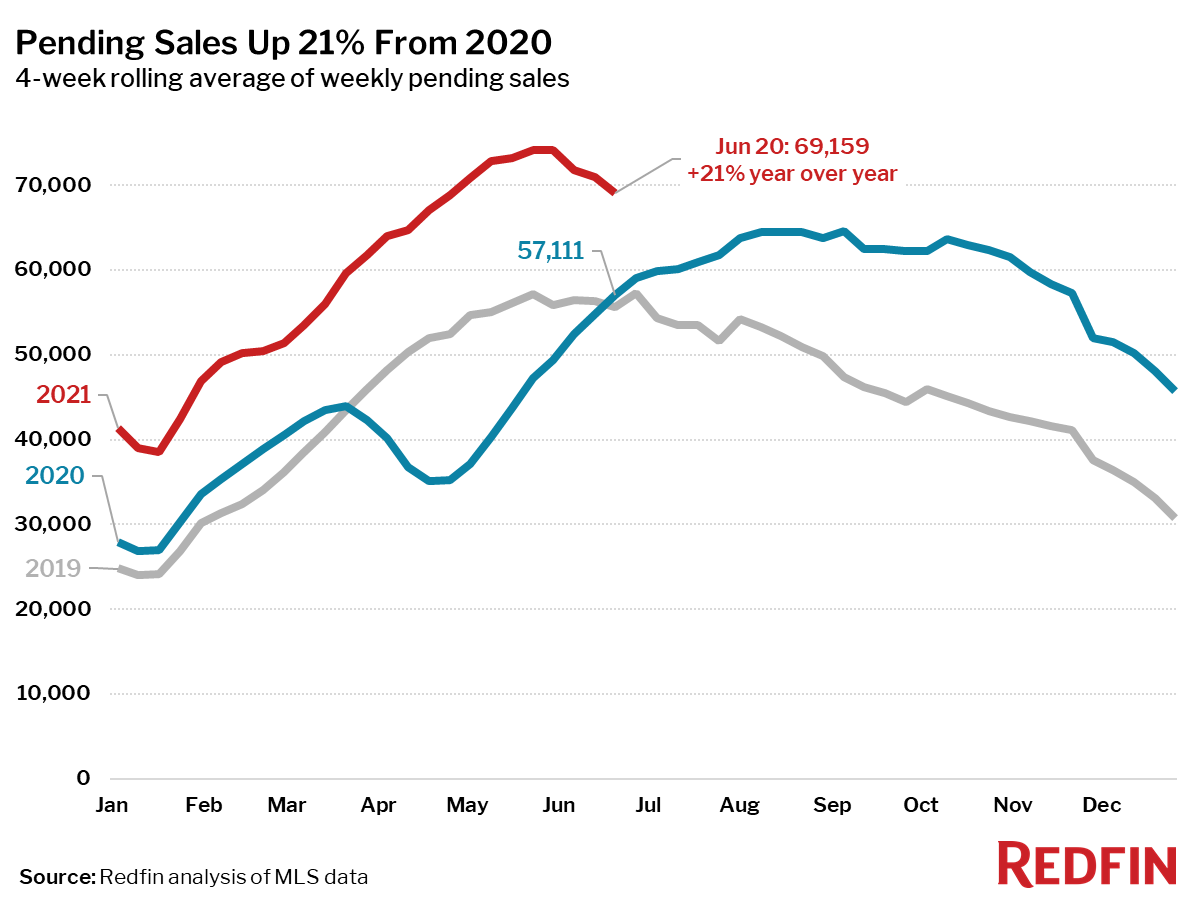 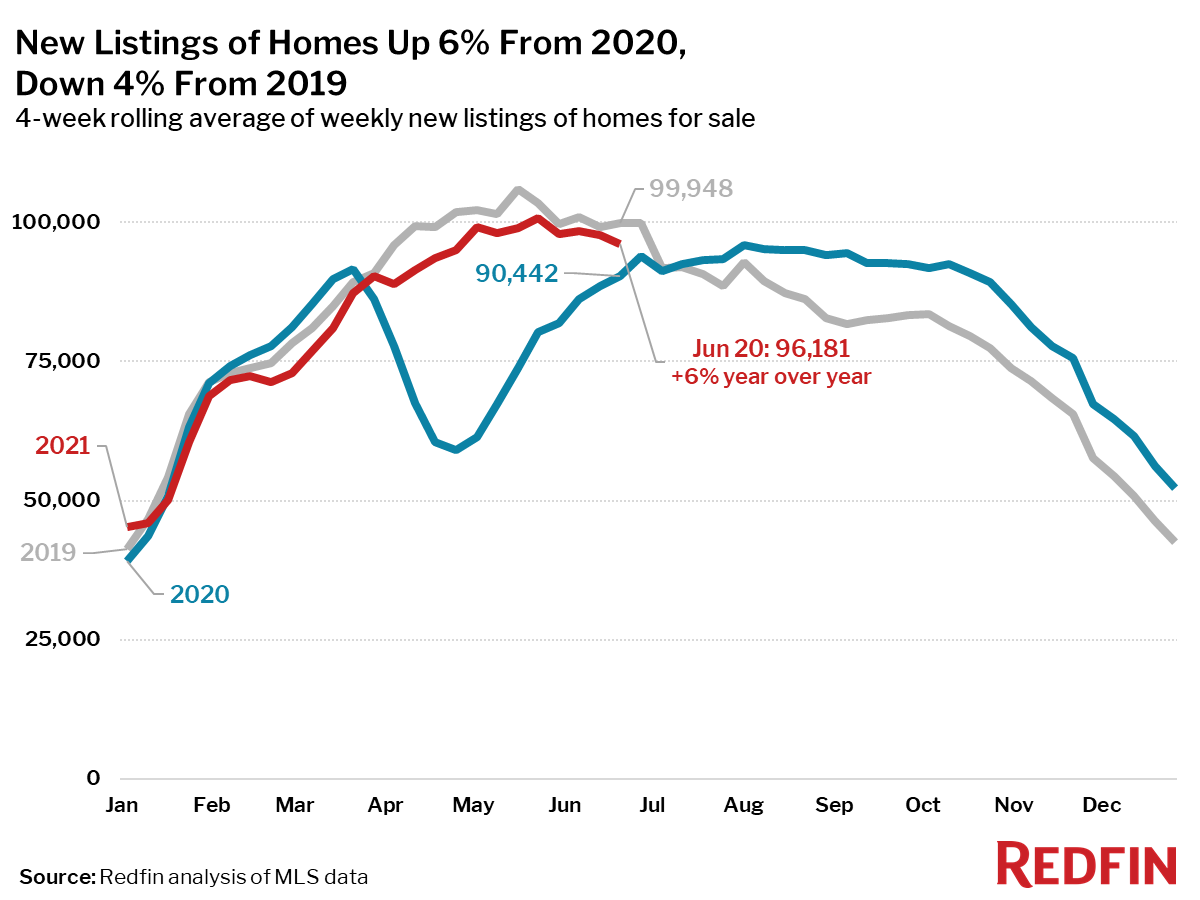 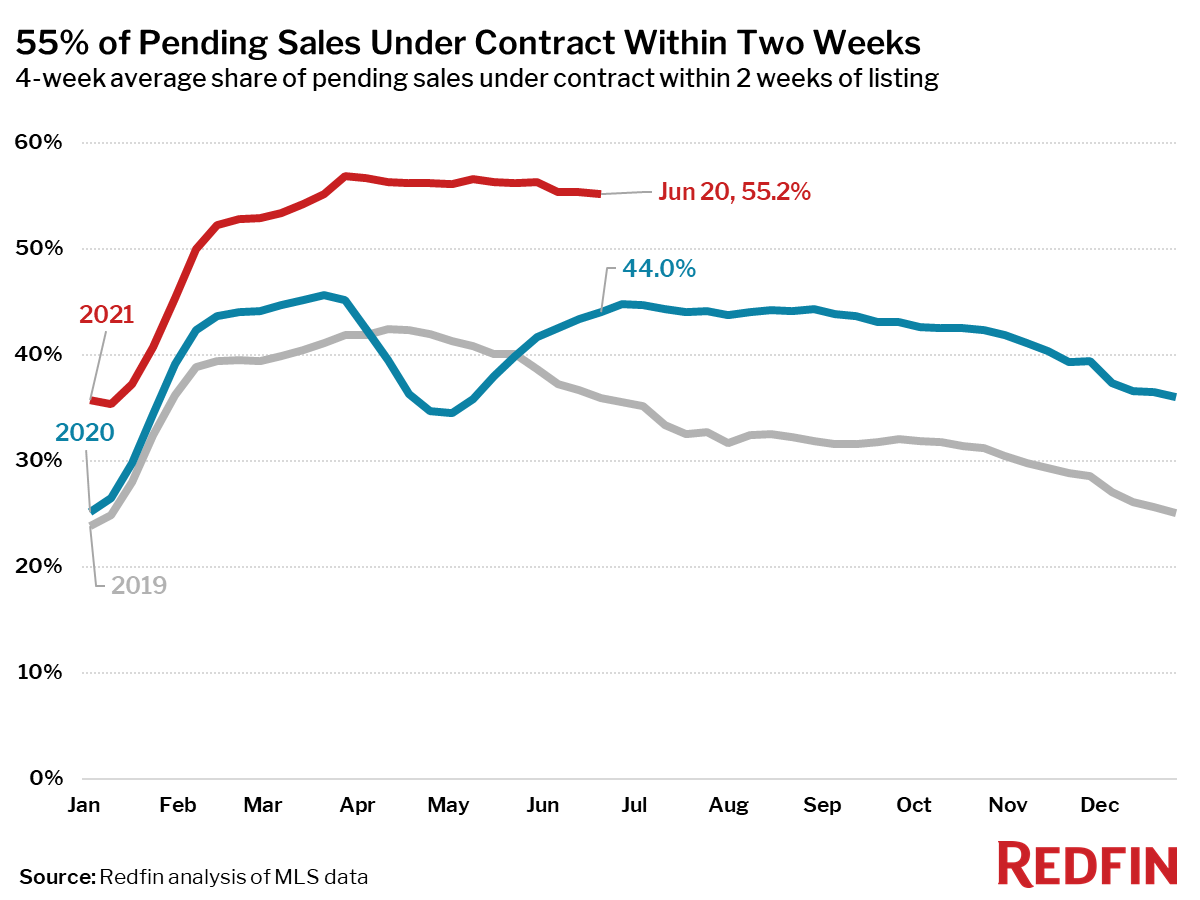 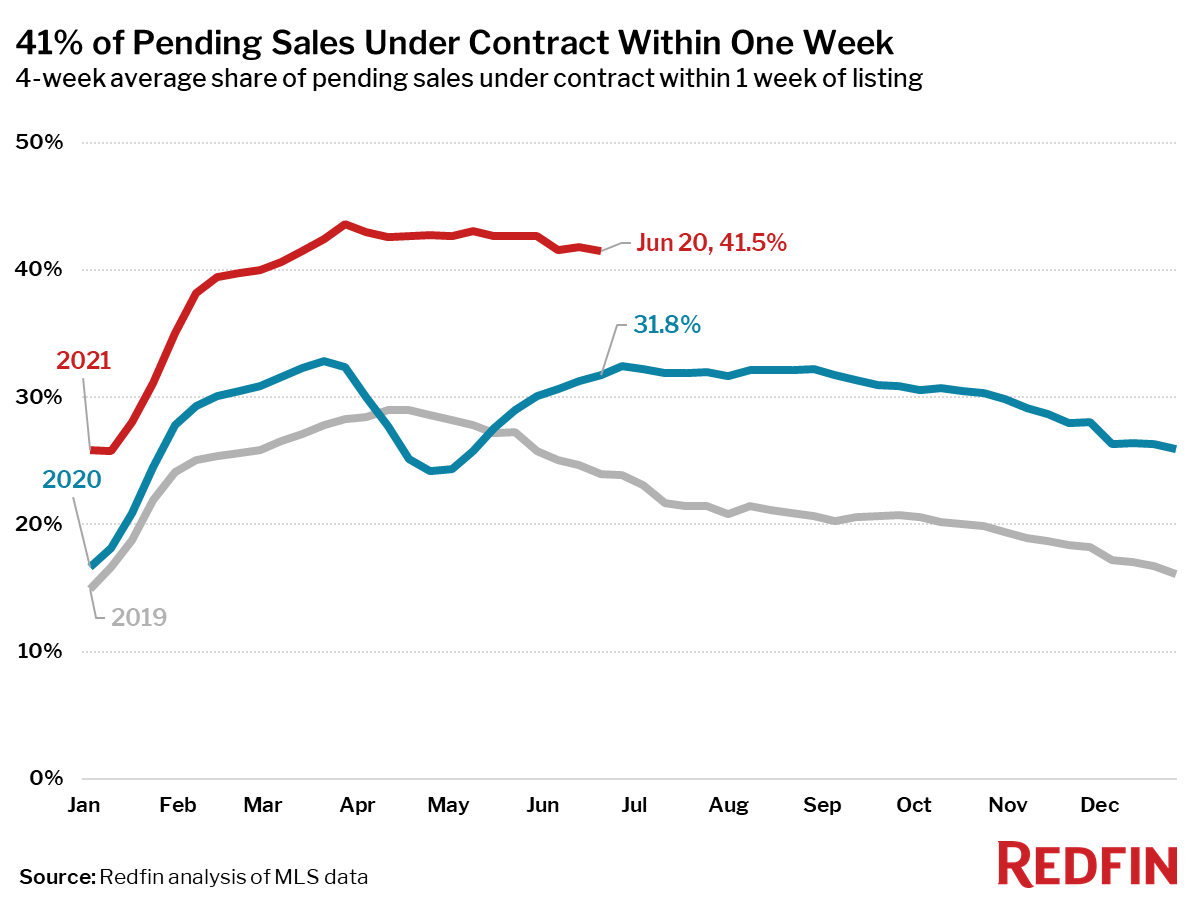 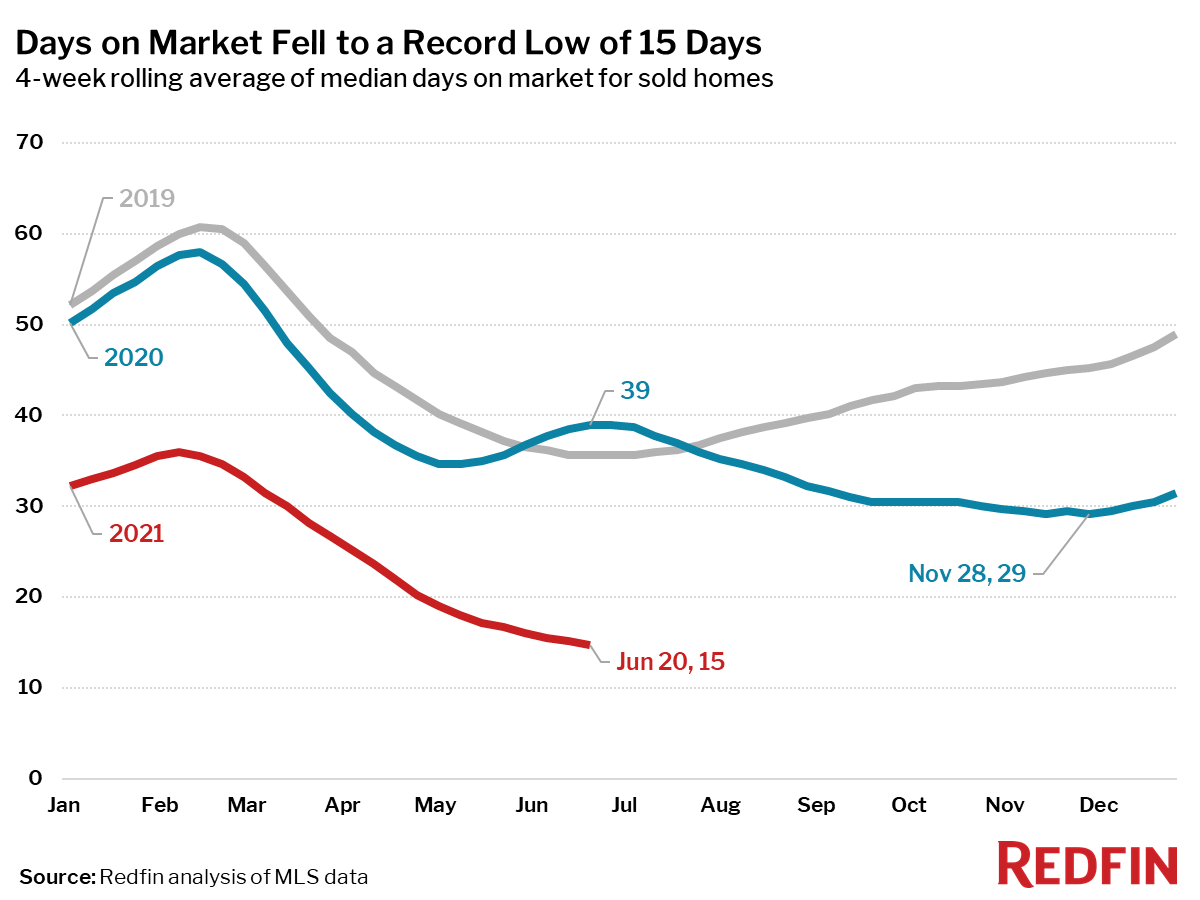 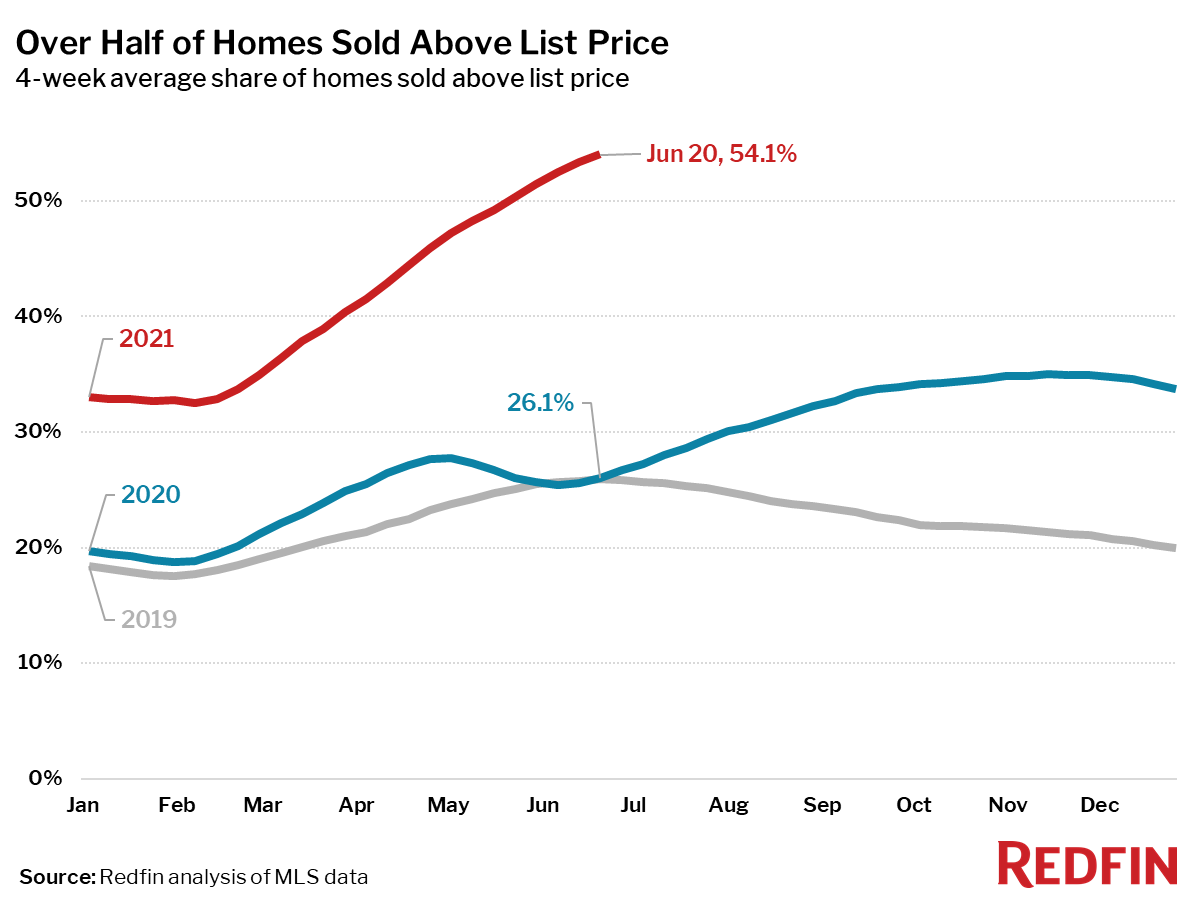 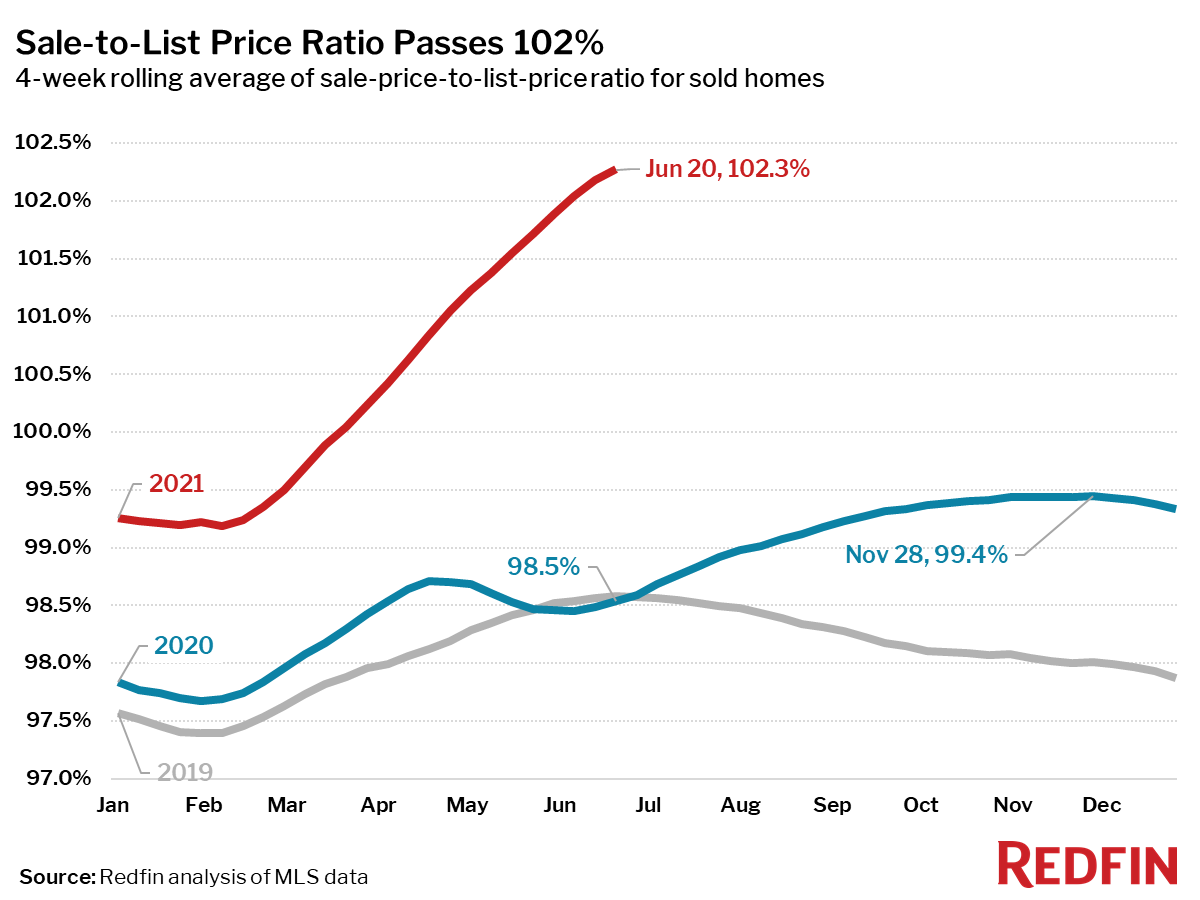