The median home sale price increased 17% year over year to $330,250—an all-time high—according to a new report from Redfin, the technology-powered real estate brokerage. This is the largest increase on record in this data set, which goes back through 2016.

Below are other key housing market takeaways for more than 400 U.S. metro areas during the 4-week period ending March 14.

“This time last year, the housing market was shutting down as many cities implemented strict shelter in place orders. A year later the pandemic is still with us, but the housing market is red-hot. It’s so hot some buyers are acting irrationally,” said Redfin Chief Economist Daryl Fairweather. “Some people are willing to do whatever it takes to win a bidding war to the point they may be overpaying. Still, I wouldn’t call this a housing bubble because the demand for homes is truly there and the buyers can afford these high prices. Bubbles burst; I don’t see that happening. The best hope buyers have is that home prices start to grow at a slower pace, but I don’t expect prices to fall.”

In the coming weeks, as the nation’s housing market enters the period where comparisons to a year ago overlap with a steep decline in homebuying demand at the start of the pandemic, many housing demand measures will begin to show very large year-over-year increases. Redfin will provide context around those measures in its reporting as new data becomes available. 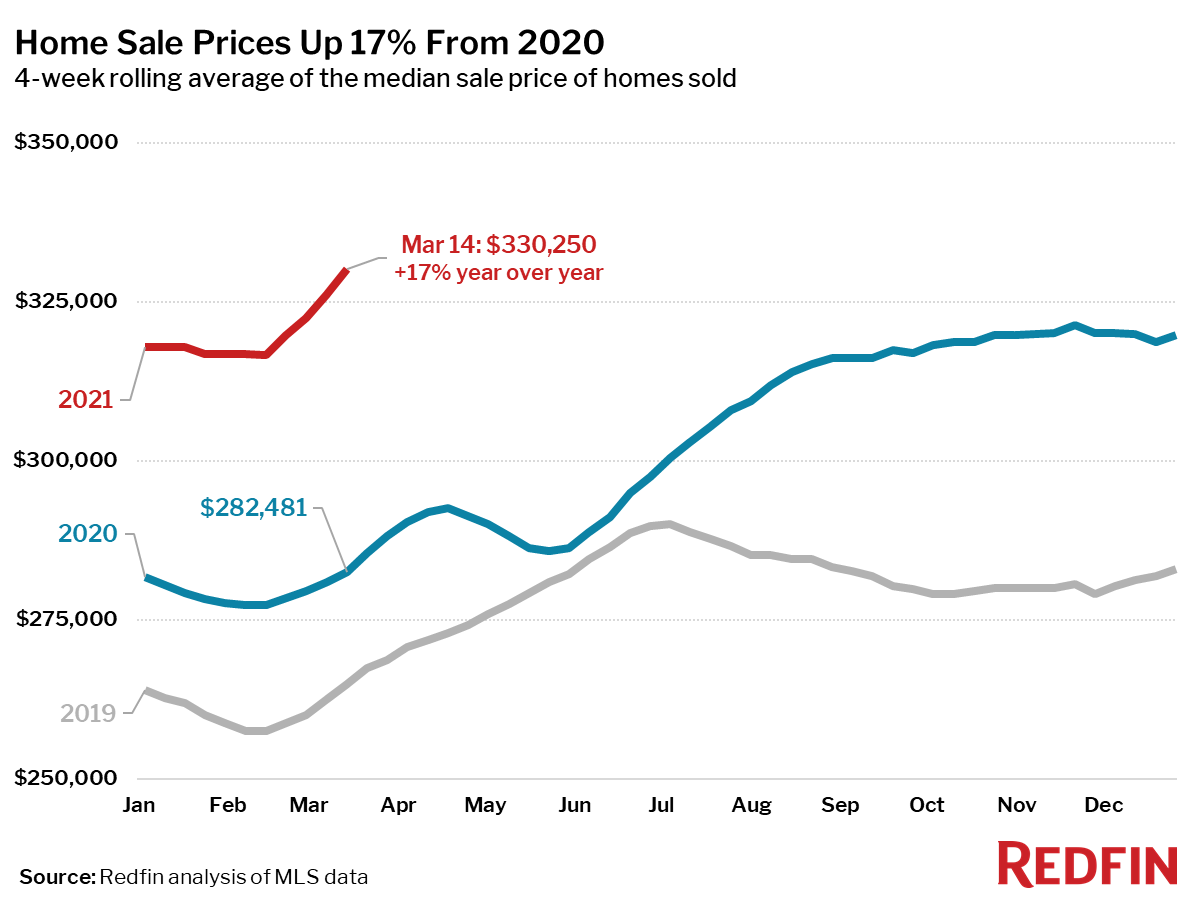 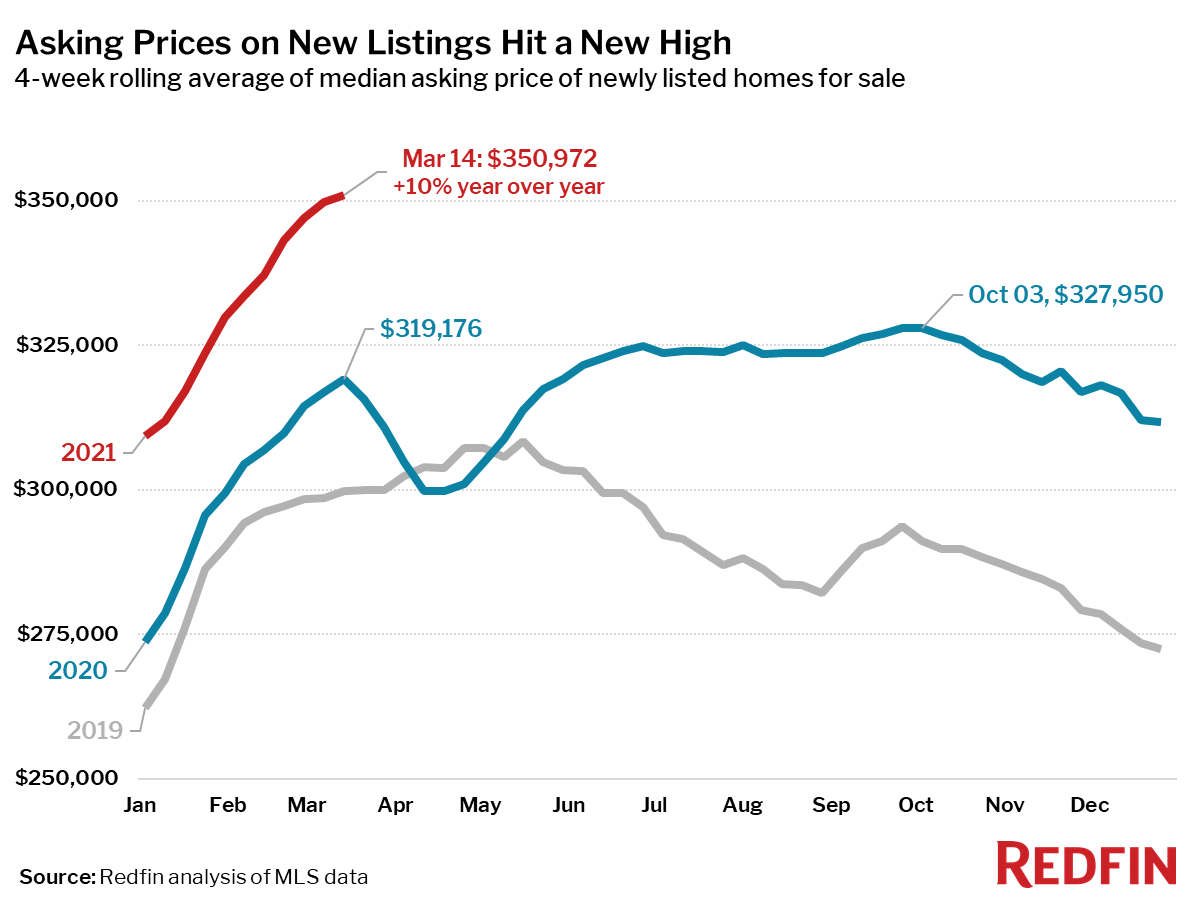 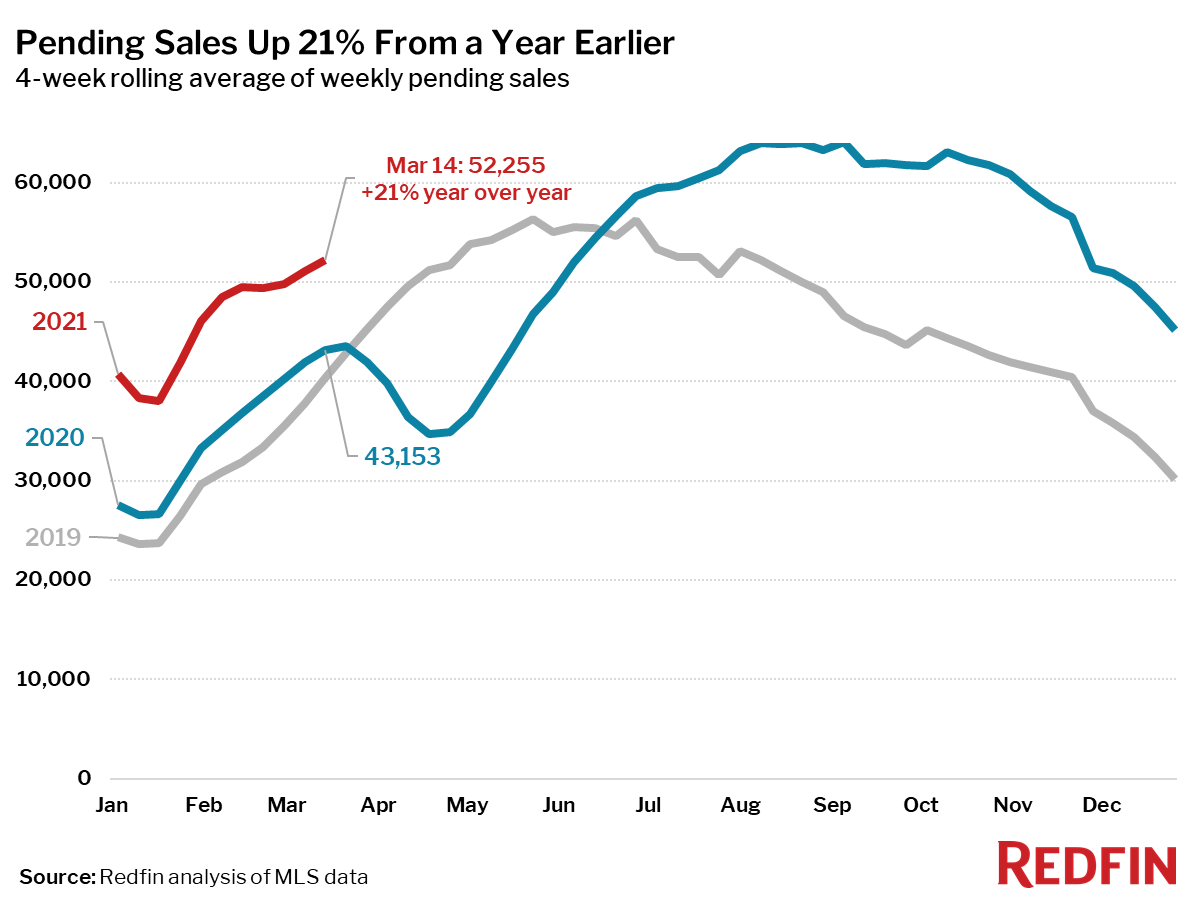 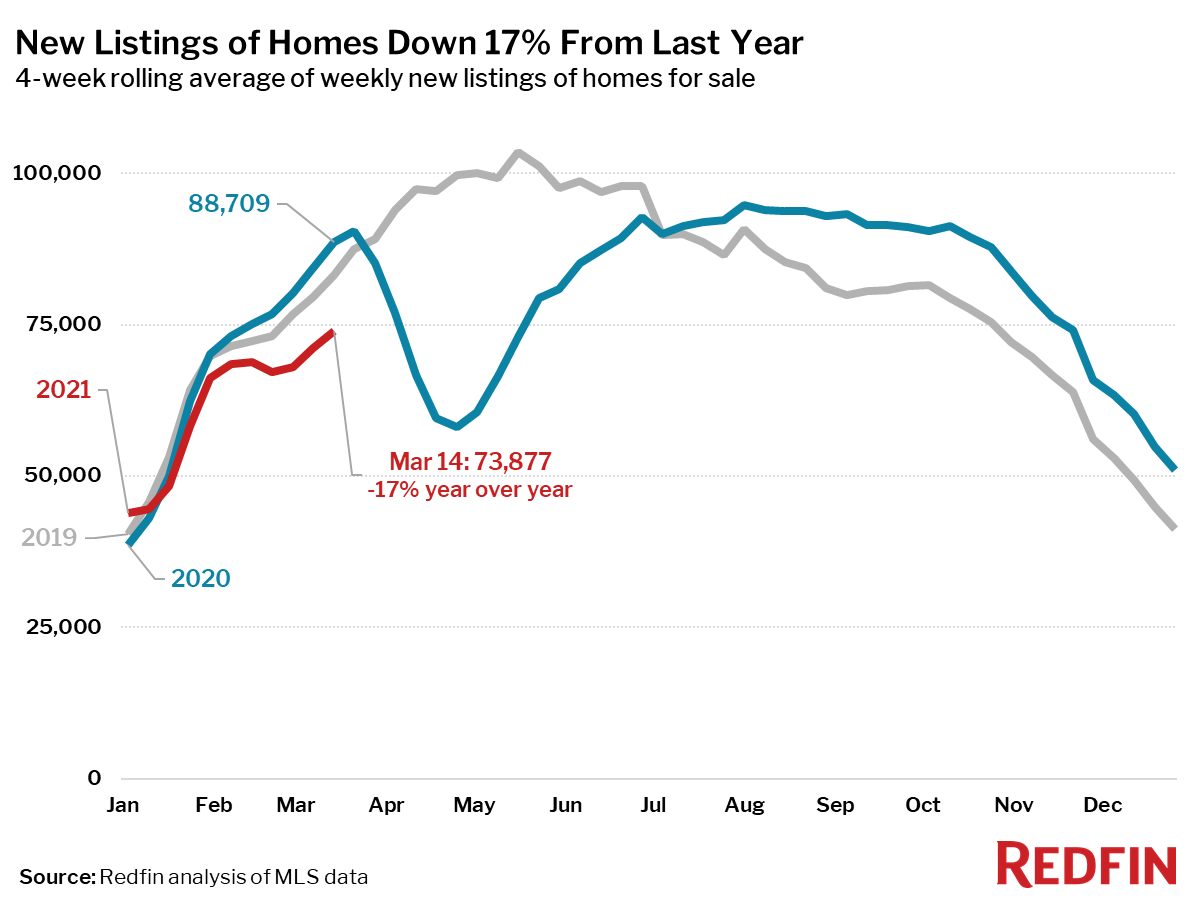 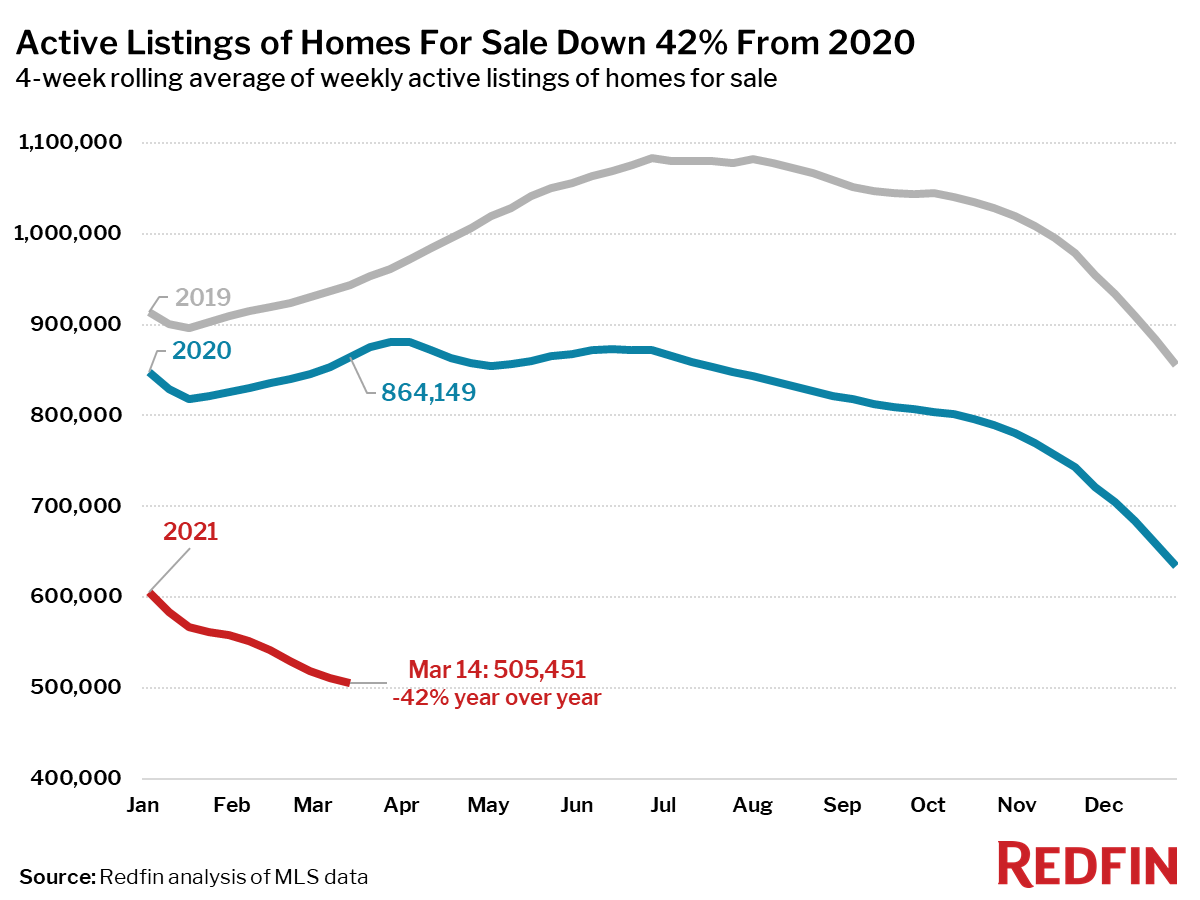 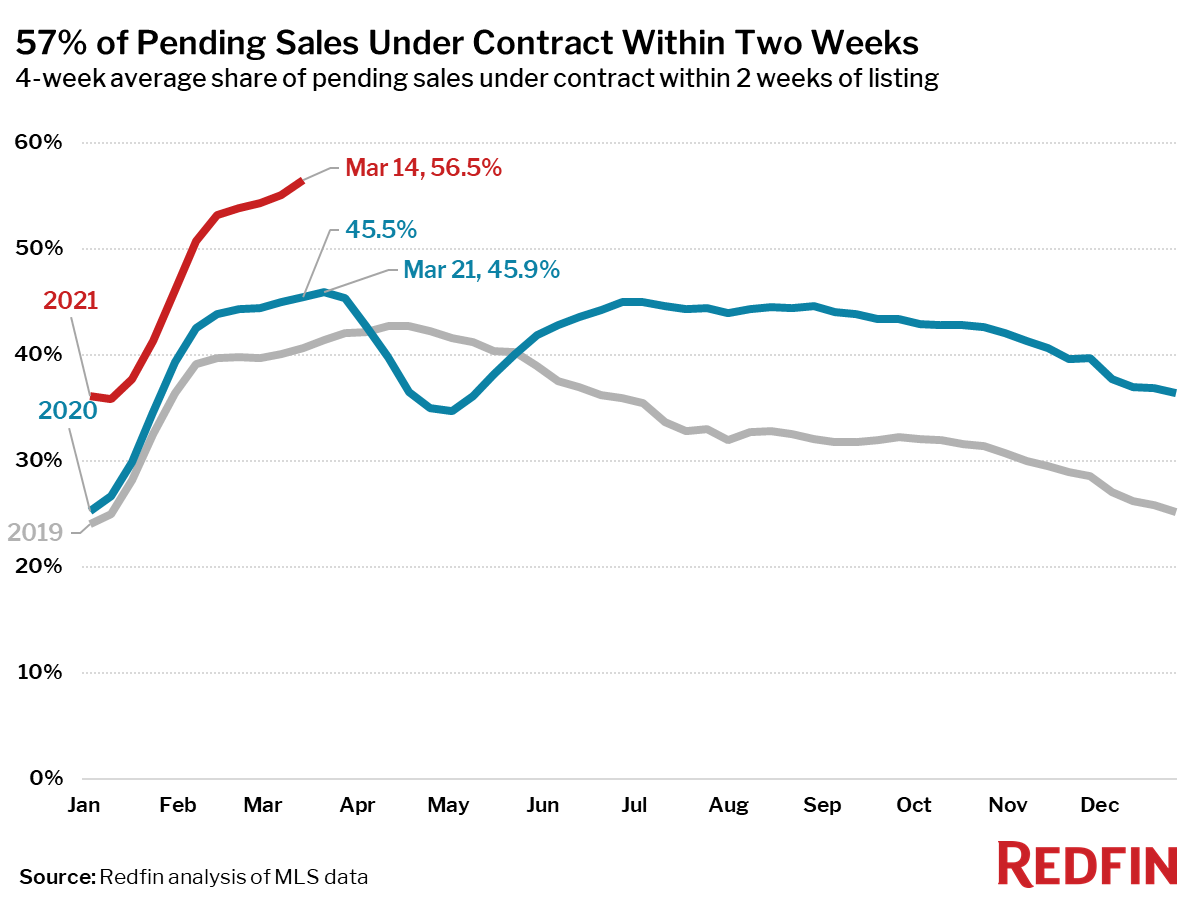 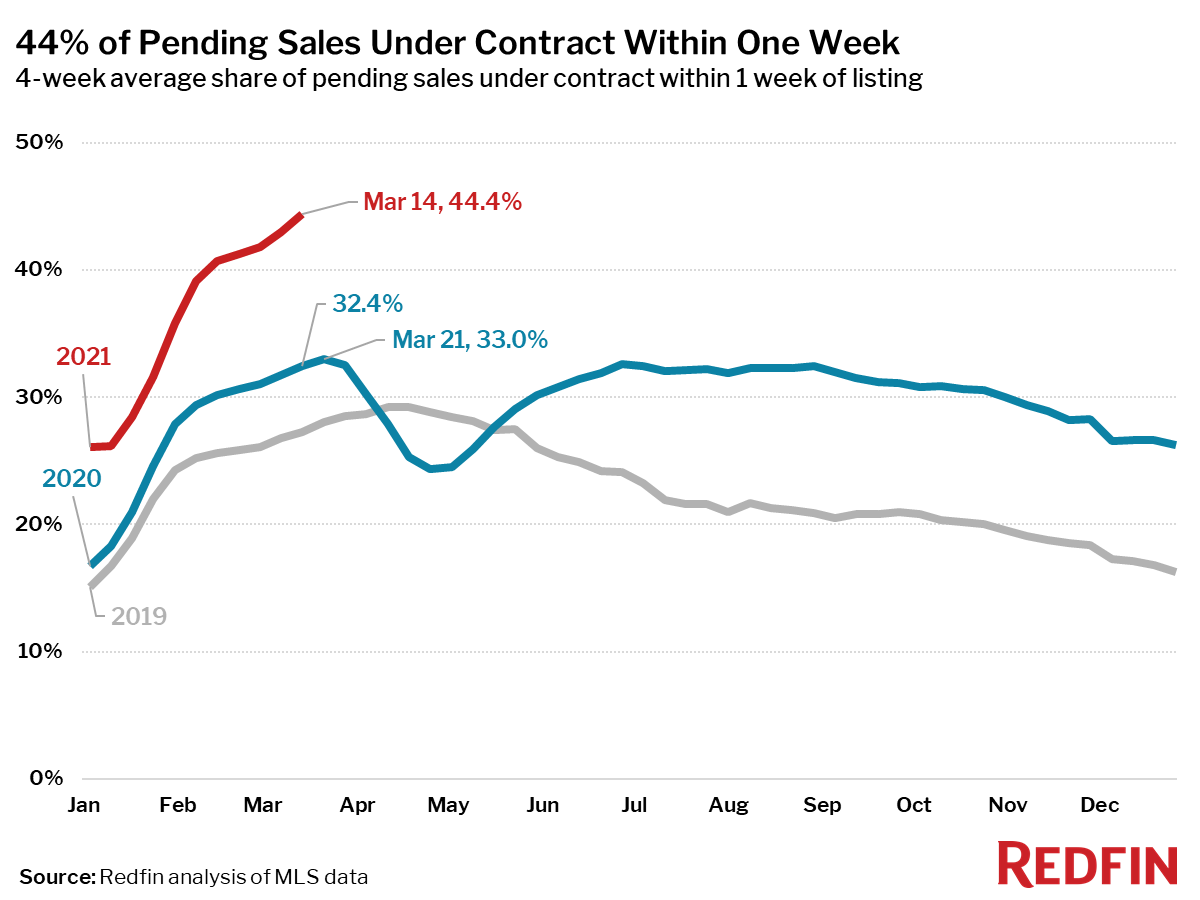 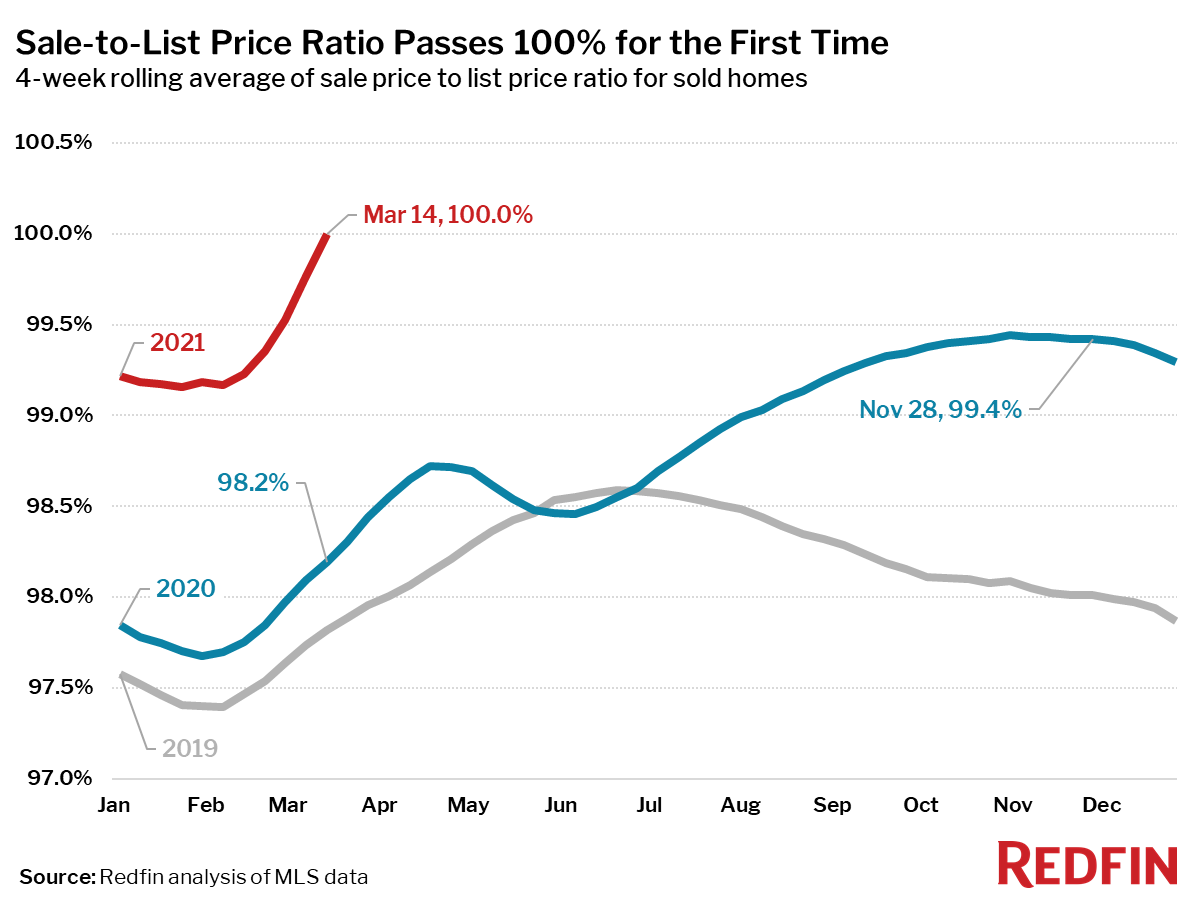 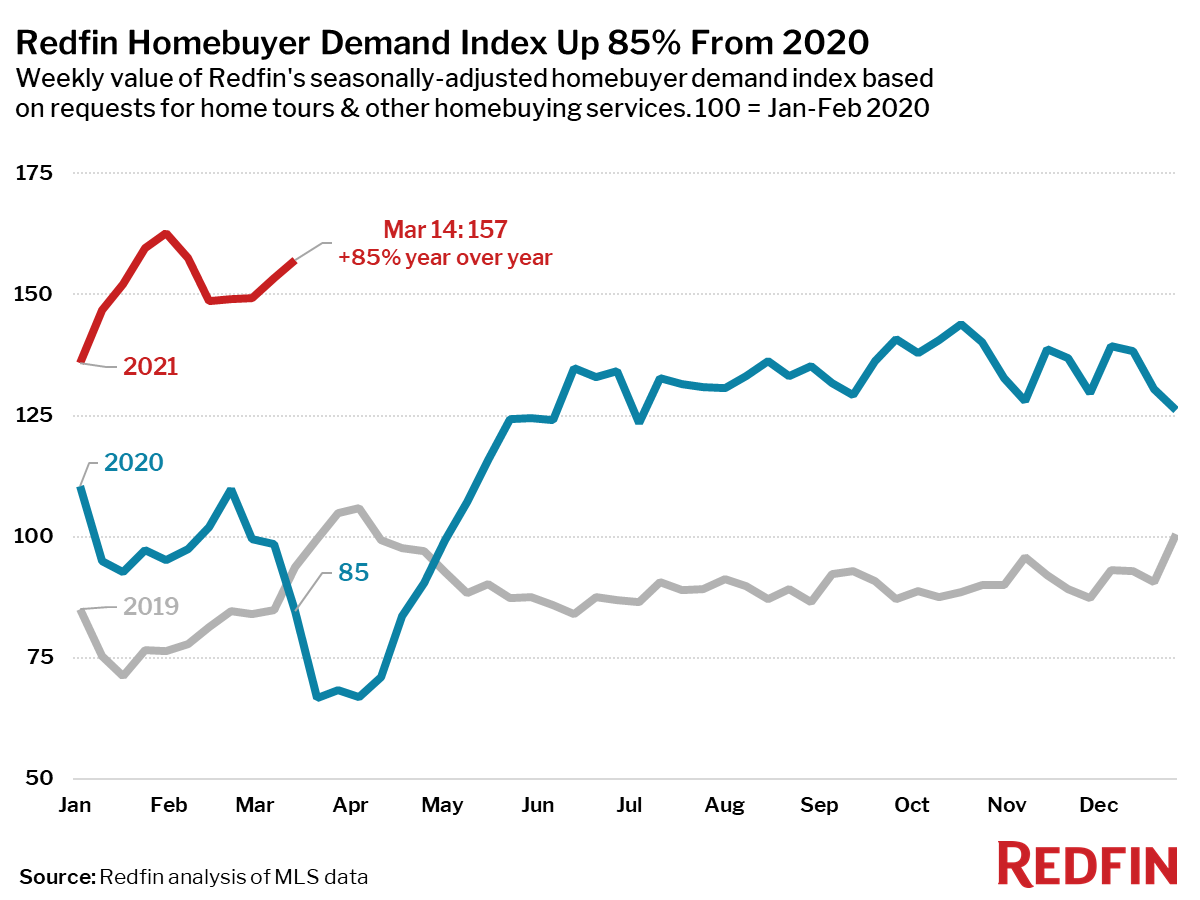