ATTOM, curator of the nation’s premier property database, today released its second-quarter 2021 U.S. Home Flipping Report showing that 79,733 single-family homes and condominiums in the United States were flipped in the second quarter. Those transactions represented 4.9 percent of all home sales in the second quarter of 2021, or one in 20 transactions – the first increase in more than a year. 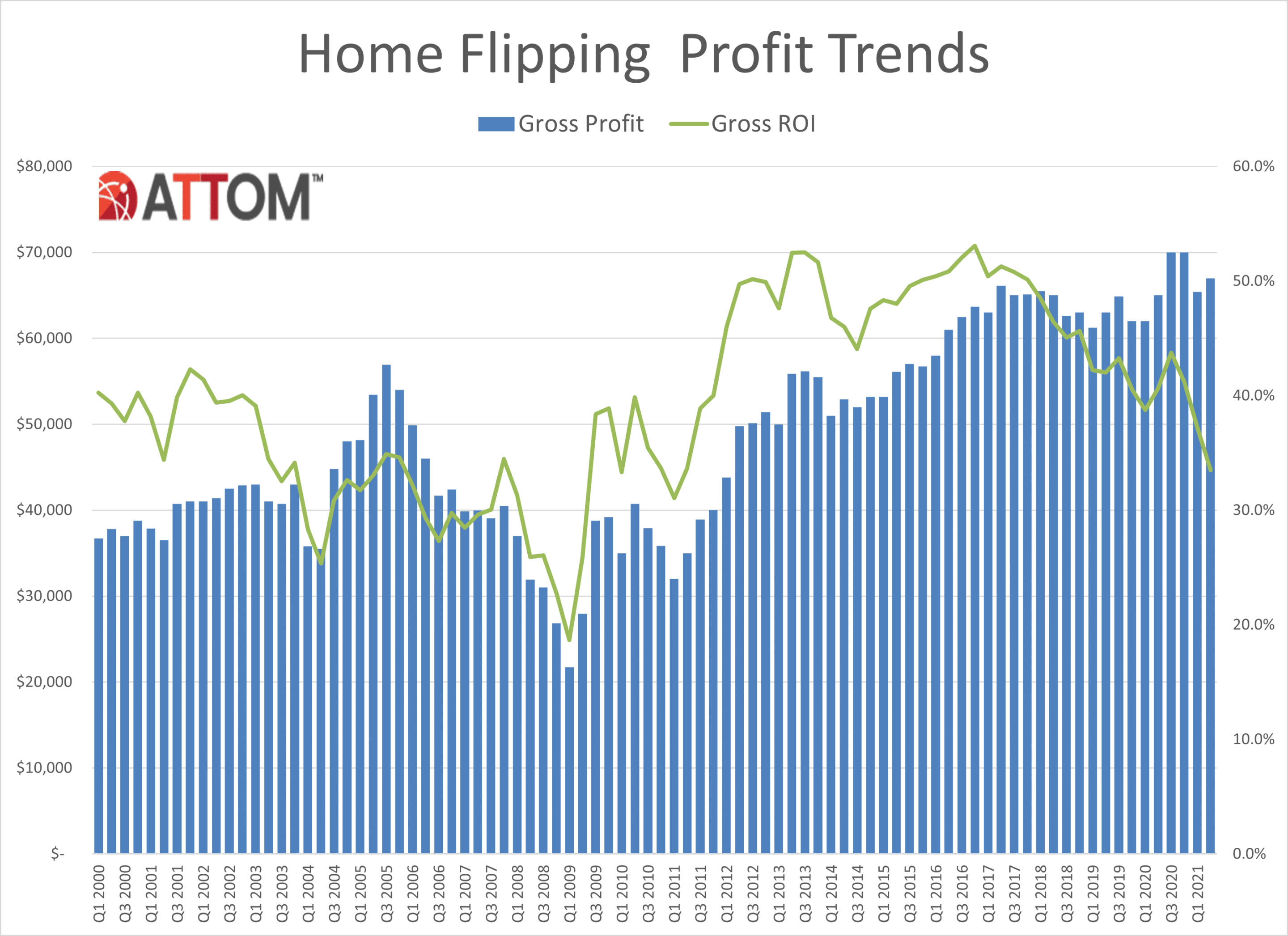 But the more important measure of profit margins slid downward, with the typical gross-flipping profit of $67,000 in the second quarter of 2021 translating into just a 33.5 percent return on investment compared to the original acquisition price. The national gross-flipping ROI was down from 37.2 percent in the first quarter of 2021, and from 40.6 percent a year earlier, to its lowest point since the first quarter of 2011, when the housing market had yet to start recovering from a price slump brought on by the Great Recession in the late 2000s.

The decrease of 7.1 percentage points in the typical profit margins from the second quarter of last year to the same period this year, marked the largest annual drop since mid-2014. Profit margins declined in the second quarter as prices on flipped homes rose more slowly than they did when investors originally bought their properties.

But those price run-ups still failed to surpass increases that investors were absorbing – 13.6 percent quarterly and 25 percent annually – when they bought the homes that they sold in the second quarter of this year. That gap – prices rising more on purchase than resale – led to profit margins dropping.

The price surges on both sides of flipping deals came amid an ongoing housing-market boom that continued during the second quarter of 2021 despite widespread financial damage done to the broader U.S. economy by the Coronavirus pandemic that hit early in 2020. Home prices continued surging amid a glut of buyers chasing an already-tight supply of homes stifled further by the pandemic. Those buyers were drawn into the market in large part by 30-year home-mortgage rates that dipped below 3 percent and a desire among many households to escape virus-prone areas and opt for space to accommodate work-at-home lifestyles. 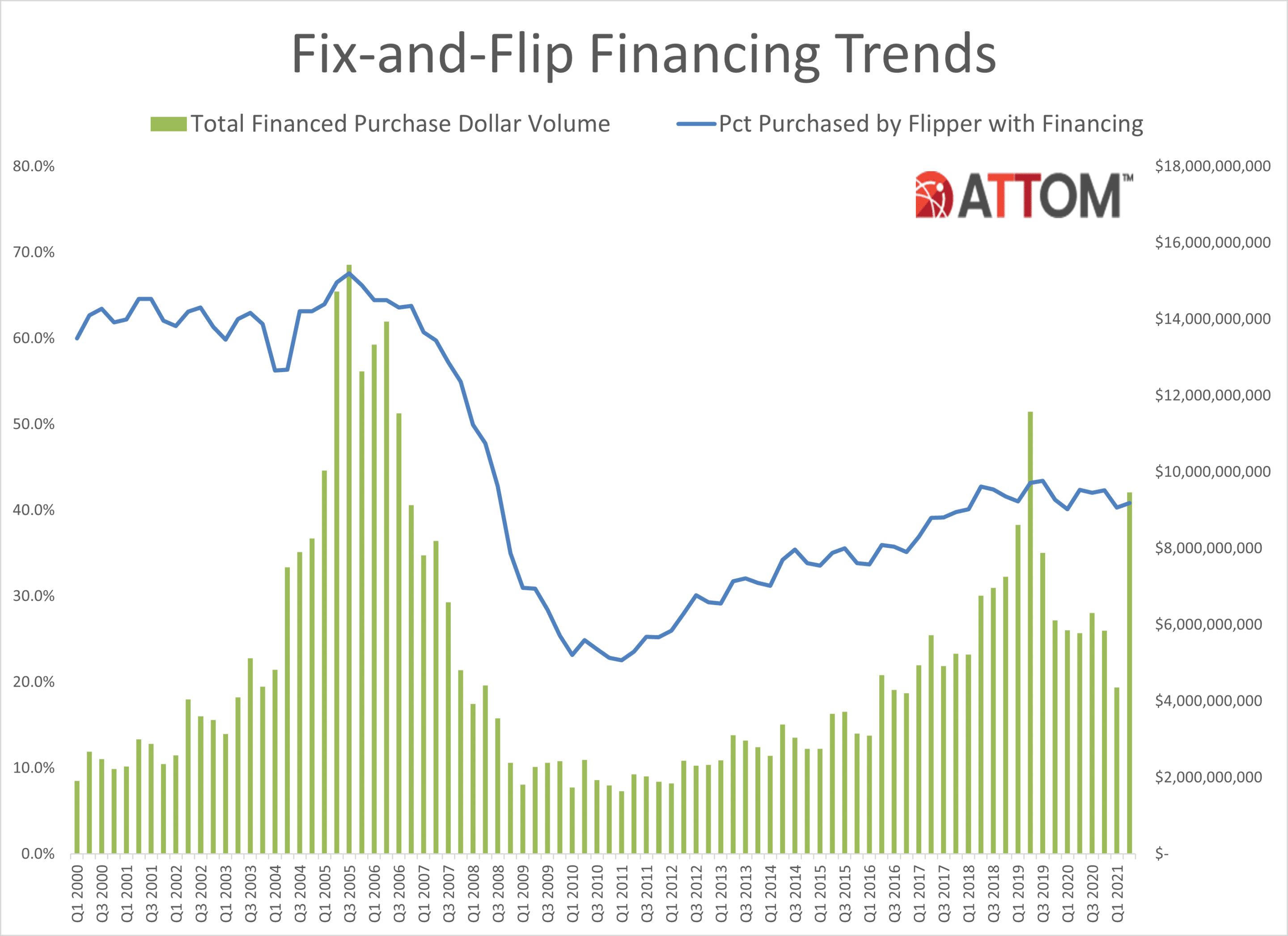 “Home flipping rebounded during the second quarter. But profits sure didn’t, as the typical home flip around the country netted the smallest return on investment in a decade,” said Todd Teta, chief product officer at ATTOM. “However, it’s not like home flipping has become a losing proposition. A 33 percent profit on a short-term investment remained pretty decent, even after renovation and holding expenses. But with a few more periods like the second quarter of this year, investors may need to reframe how they look at these deals.”

Home flipping rates up in almost 80 percent of local markets 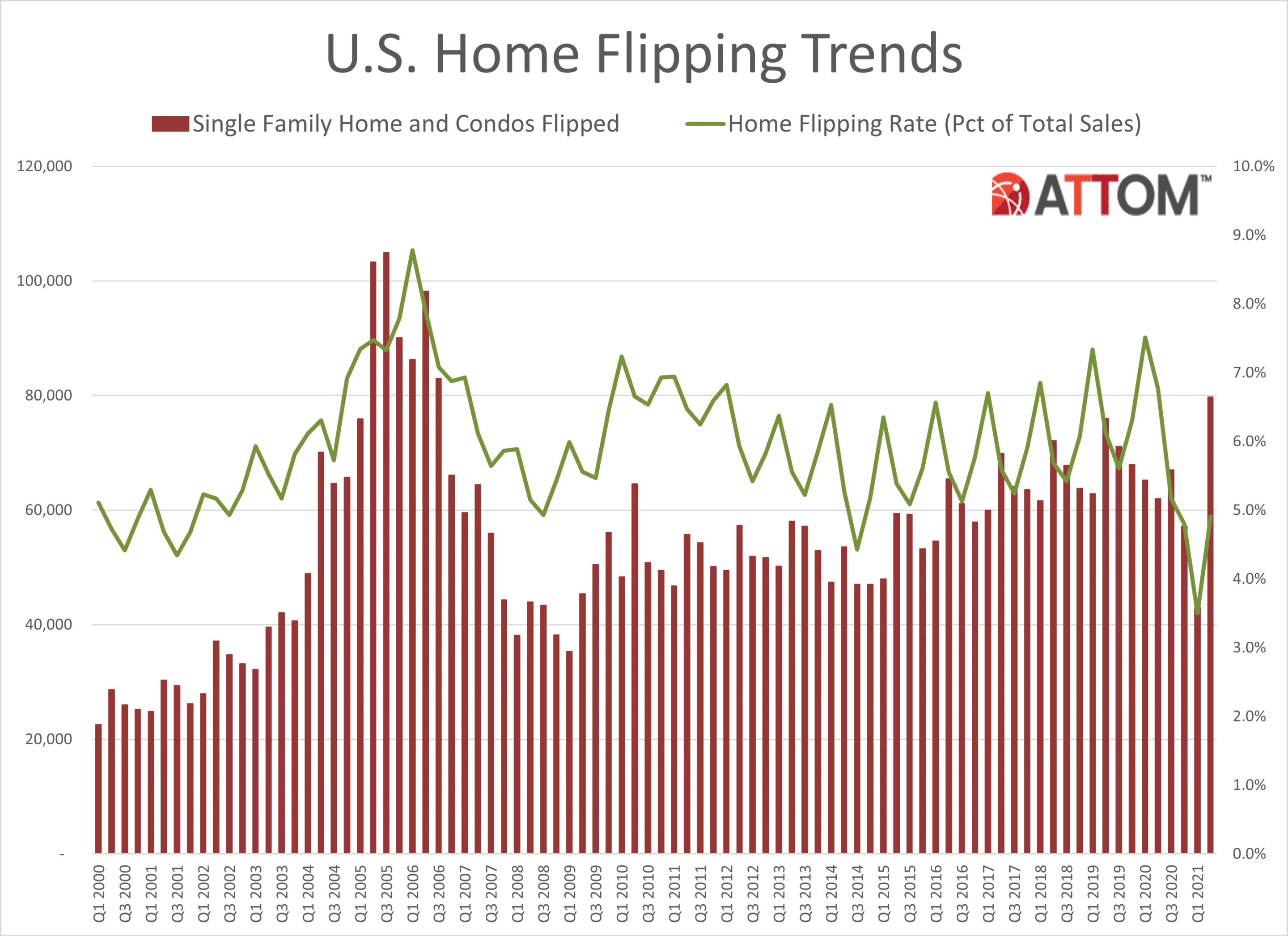 The median $267,000 resale price of homes flipped nationwide in the second quarter of 2021 generated a gross flipping profit of $67,000 above the median investor purchase price of $200,000. That resulted in a 33.5 percent profit margin or return on investment.

Aside from Oklahoma City and Pittsburgh, the largest investment returns in the second quarter among metro areas with a population of at least 1 million were in Philadelphia, PA (100 percent); Buffalo, NY (93.3 percent) and Baltimore, MD (90.5 percent).

Among metropolitan statistical areas with a population of 1 million or more and sufficient data to analyze, those with the highest percentage of flips in the second quarter of 2021 that had been purchased with cash by investors were in Buffalo, NY (83.6 percent); Pittsburgh, PA (81.3 percent); Detroit, MI (80.5 percent); Cincinnati, OH (80.3 percent) and Cleveland, OH (80.3 percent)

Average time to flip nationwide drops to smallest level since 2010 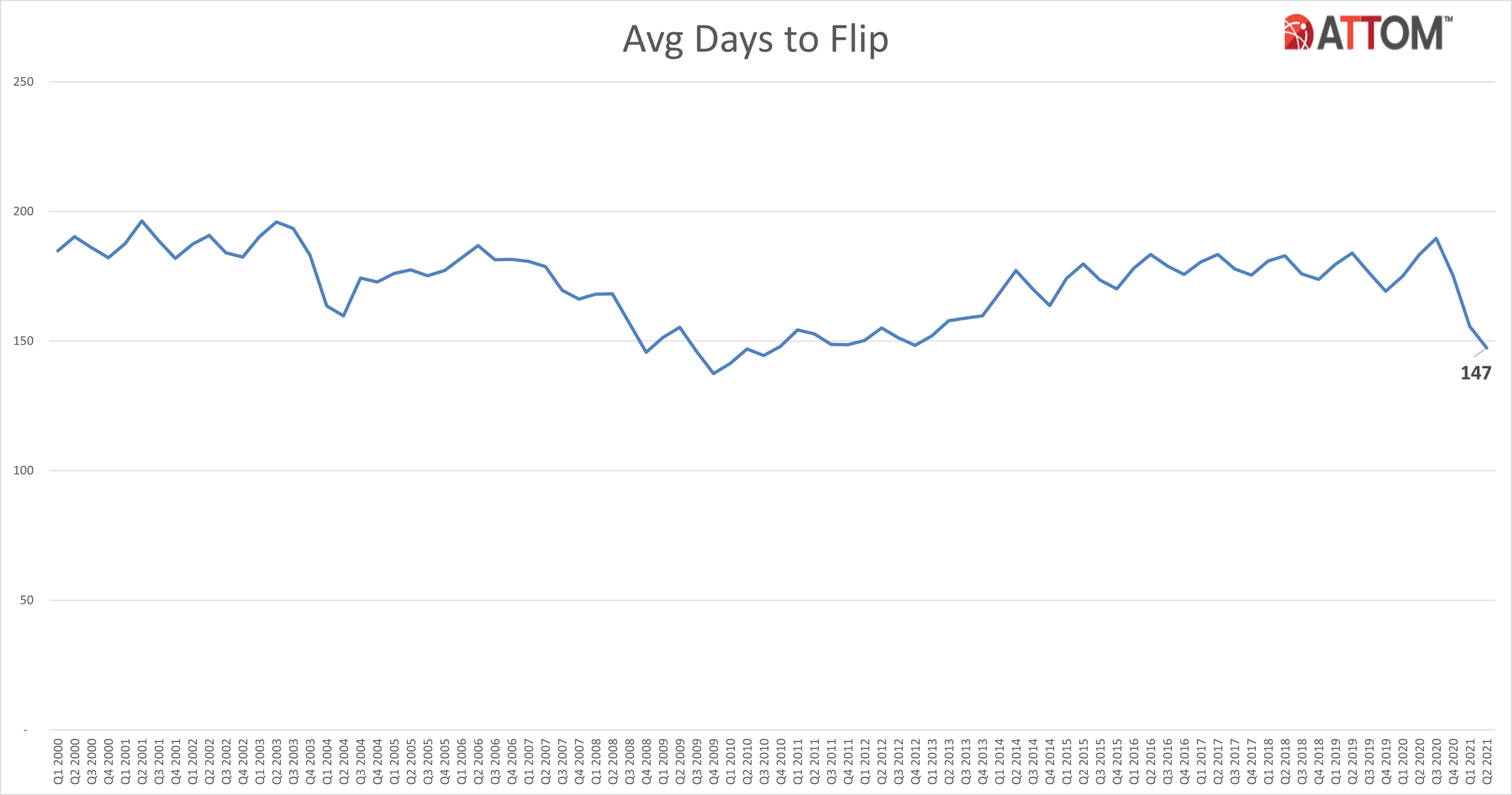 ATTOM analyzed sales deed data for this report. A single-family home or condo flip was any arms-length transaction that occurred in the quarter where a previous arms-length transaction on the same property had occurred within the last 12 months. The average gross flipping profit is the difference between the purchase price and the flipped price (not including rehab costs and other expenses incurred, which flipping veterans estimate typically run between 20 percent and 33 percent of the property’s after-repair value). Gross flipping return on investment was calculated by dividing the gross flipping profit by the first sale (purchase) price.