Riot police chase a man as they clear protesters from Lafayette Park in Washington DC. © Reuters

Black women have an 80% higher risk of preterm birth between 32 and 33 weeks of pregnancy if a Black person who lives in their neighborhood is killed by police during the pregnancy, according to a study by researchers at UC San Francisco and UC Berkeley.

The study by scientists at the UCSF California Preterm Birth Initiative (PTBI-CA) and UC Berkeley School of Public Health, studied the records of 3.8 million pregnant women to assess whether fatal police violence occurring in their neighborhood during pregnancy was associated with extremely early, early, moderate or late preterm delivery.

“Our findings suggest that deaths due to police violence, which already differentially affect Black and Brown communities, adversely affect the health of mothers and babies during pregnancy,” said first author Dana Goin, Ph.D., a post-doctoral scholar in the UCSF Department of Obstetrics, Gynecology, and Reproductive Sciences. “In addition, we observed the strongest associations with preterm birth when the victim of the lethal violence and the mother/birth parent were both Black.”

The researchers analyzed California Department of Public Health (CDPH) birth records from 2007 to 2015, using the birth parents’ addresses to determine the parent’s census tract of residence. They examined two different sources of police violence data, specifically CDPH death records that capture deaths due to “legal intervention” and records from the Fatal Encounters database that collects media-based accounts of police violence. They matched the police violence measures to the time range of the pregnancies, using as their control group residents of the same census tract who did not experience police violence during their pregnancy. The study published March 10, 2021, in Paediatric and Perinatal Epidemiology.

According to the analysis, neighborhoods where at least one incident of fatal police violence occurred tended to be where birth parents were Black or Latinx, had less than high school education, and had public insurance, compared to all the births in California.

The researchers also discovered that the associations of fatal police violence with preterm birth were stronger among female infants. Since male fetuses are more sensitive to stress during pregnancy, it is plausible that male fetuses exposed to police violence may have been more likely than female fetuses to be miscarried earlier in the pregnancy, said Goin, who intends to explore this possibility further in a subsequent study.

“Our research provides evidence that policing practices that differentially harm Black people in California can also contribute to their disproportionate risk for preterm delivery,” she said. “This work contributes to the evidence that additional forms of stress and hardship experienced from racism and institutional violence significantly affect their health and the health of the next generation.” 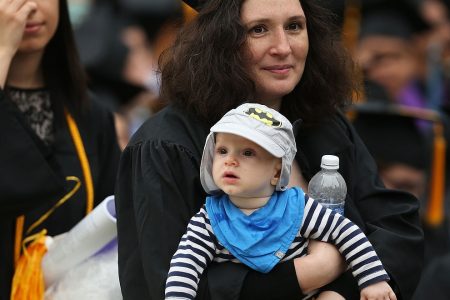 Americans Divided on Family Leave Policy and Who Should Pay For It, According to New Survey 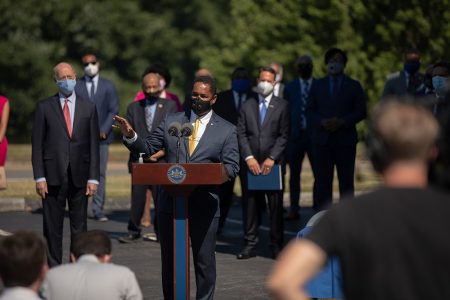