In honor of the 20th anniversary of rapper/Ruff Ryder’s first lady EVE’s critically acclaimed and landmark platinum-selling album Scorpion, Interscope/UMe will release a digital deluxe reissue of the original album featuring 4 bonus tracks. The reissue will be available March 5, 2021 with a 2LP Vinyl version coming April 16, 2021.One hundred special edition signed copies will be available exclusively on Urban Legends.

“It’s crazy it’s been 20 years since Scorpion dropped! I remember the whole process of putting that album together, so many great moments and working with amazing artists and producers and of course winning a Grammy! And tracks that have lasted the test of time musically…Perfect time for a re-release,” adds Eve.

The follow-up to her debut record Let There Be Eve… Ruff Ryder’s First Lady in 1999, Scorpion helped establish Eve as a household name in the hip-hop world thanks to its pummeling rhymes, easygoing and memorable production handled by Swizz Beatz, Dr. Dre, Icepick, and Dee and Waah Dean, and catchy choruses laden throughout. The single “Let Me Blow Ya Mind” featuring Gwen Stefani, reached #2 on the Billboard Hot 100 and was named the 7th biggest song of 2001 by Billboard. The song helped secure her first GRAMMY® for Best Rap/Sung Collaboration. Lead single “Who’s That Girl” also reached the top 20 of the Billboard Hot R&B/Hip Hop-Songs chart, as well as the top ten of the UK singles charts. It was later named one of the 100 Greatest Songs Of Hip-Hop by VH1.

Scorpion was acclaimed by critics upon its release, with Entertainment Weekly noting that it was “more than just a dramatic improvement over its predecessor, Scorpion is the first female hip hop project that even attempts to fill the void left by The Miseducation of Lauryn Hill.” Allmusic stated that “Eve brings even more muscle to her follow-up album, Scorpion. Her rhymes flow just as smoothly here as they did on her debut, and she sounds even more confident than before.” NME gave the record a perfect 5/5, saying “Scorpion is the stuff of superheroes. It will annihilate all your preconceptions…. It is, as they say, the absolute bomb.” 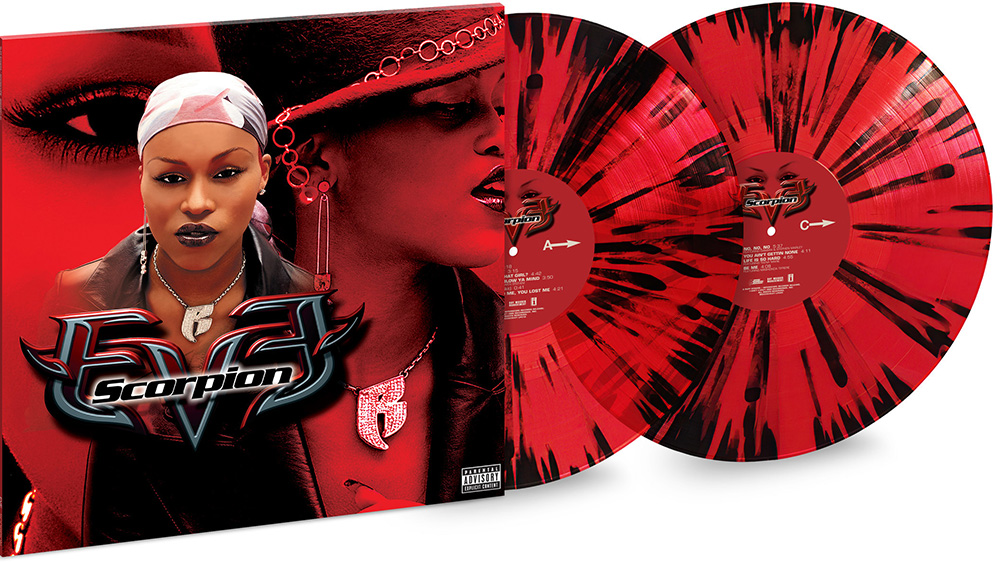