Front Page / Business and Money / Global, Domestic Impediments Will Slow Down Economy, but No Recession Yet 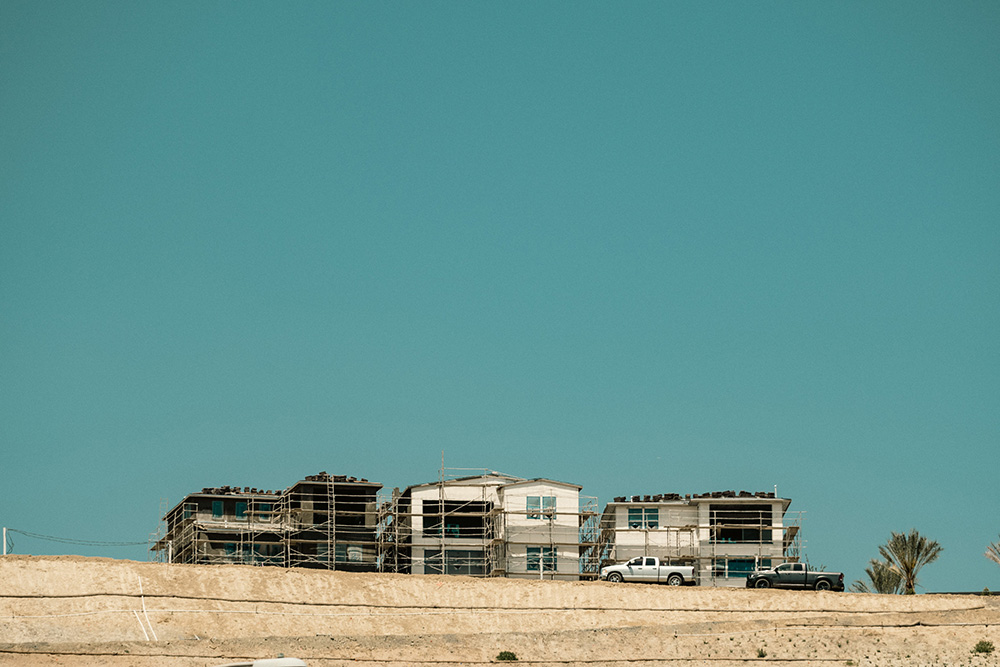 In March, the UCLA Anderson Forecast cited the uncertainties facing the U.S. and California economies. Seemingly, just as the economy was returning to normal as the effects of the COVID-19 pandemic began to abate, the Russian invasion of Ukraine destabilized global economic conditions.

In the UCLA Anderson Forecast’s June reports for the nation and the state, the effects of a number of economic impediments — including the Russia-Ukraine war, COVID lockdowns in China, supply chain constraints and inflation — continue to affect the U.S. and California economies. And while there is no recession forecast in the June report, economic slowdowns in California and across the U.S. are expected.

Given growing concern about the possibility of a recession caused by rising interest rates and a slowdown in housing, Professor Edward Leamer, in an article titled “A New Way of Forecasting a Recession: Not Much to Worry About Right Now,” examines the evidence through a statistical analysis of past recessions. Leamer’s analysis concludes that a recession in the next 12 months is unlikely.

However, according to UCLA Anderson Forecast Senior Economist Leo Feler, author of the June forecast for the nation, there is no doubt that parts of the U.S. economy are abruptly slowing, as waves of economic shocks continue to cause damage. With the war in Ukraine and COVID lockdowns in China both continuing, the global economy continues to experience supply constraints and higher prices for raw materials.

Related to those shocks, what once seemed like transitory inflation has become persistent, and consumers have begun to expect higher rates of inflation for the coming years. In other words, the concern that inflation expectations could become unanchored has begun to materialize, which will make it more challenging for the Fed to rein in inflation. The UCLA Anderson Forecast expects that in order to do so, the Fed will significantly increase interest rates this year, which will slow consumer demand, especially for housing and related consumer durables. Higher rates will also slow business investment.

The slowdown in both consumer spending and business investment should bring demand back in line with supply and help alleviate some of the current supply chain constraints and shortages. Although a recession is not expected in the next two years, the risk has certainly grown. It is possible that continued global economic shocks will hurt the U.S. economic recovery and that the Fed will tighten too quickly, which could lead to a recession. The UCLA Forecast does not expect this to be the case, but a recession has become more possible.

The Forecast team also does not expect the Fed to be able to bring core inflation down to its 2% target until after 2024, even with the tighter monetary policy that is expected for this year and into 2023.

According to Feler’s report, the GDP contraction that occurred in the first quarter of 2022 was a “one-off.” He expects a rebound in GDP of 3.1% on an annualized basis in the second quarter and 3.6% in the third quarter, as consumers shrug off COVID-19 and shift back to services like airline travel, recreation and dining.

“By the end of 2022 and into 2023, as the impact of the Federal Reserve’s interest rate increases begin to bite, we expect growth to slow to below 2%,” Feler says. “Only by the end of 2024 do we expect GDP growth to pick back up to trend rates.”

With that economic slowdown, the level of GDP is expected to remain below what it would have been had the pandemic never occurred. That is, real GDP is not expected to return to its long-term trend even by the end of 2024. Unemployment will likely rise in 2023 as the Federal Reserve increases interest rates and the economy slows. The forecast for inflation does not see consumer prices easing any time soon and calls for 7.4% year-over-year inflation, as measured by the consumer price index, by the end of 2022, falling to 2.2% by the end of 2023.

In California, the pandemic continues to be a major factor influencing the economy, but it is no longer the sole influence. Higher energy prices due to Russia’s invasion of Ukraine as well as uncertainty on Wall Street that will impact funding for the state’s technology entrepreneurs are headwinds, in addition to continuing pandemic-related supply chain interruptions.

But there are also some positives, including California’s record surplus general fund and a significant rainy-day fund to protect against future tax revenue downturns.

Still, according to UCLA Anderson Forecast Director Jerry Nickelsburg, who authored the June California forecast, the headwinds affecting the state’s growth are significant. As a result, the forecast has been shifted downward from the previous one. It is not a recession, but it is a shallower growth trend than before.

Nickelsburg’s June analysis includes an examination of sectors that are now experiencing constraints but are expected to drive the California economy in the coming years.

The California forecast calls for solid gains in employment. The current data indicate that broad-based hiring in retail trade, health care and social services, technology and construction is likely to mean solid gains in the coming three years. Increases in defense spending and the continued demand for tech will also be factors in the California economy’s continued growth.

But there are real risks to the economy in the near term. As a consequence of the expected slowing of growth elsewhere in the U.S., the California forecast is now a bit weaker than it was three months ago. Further risks to the forecast are the continuing pandemic and domestic migration on the downside, as well as increased international immigration and accelerated onshoring of technical manufacturing on the upside.

Technology-laden industries have been driving the California economy since the end of the Great Recession, as the demand for new software and technological solutions to 21st-century business and consumer activity has been evident in both the San Francisco Bay Area and Southern California. Today, this spans aerospace, manufacturing, life sciences, energy, entertainment and computing.

Although tech is not a sector itself, two sectors — professional, technical and scientific services being one, and information the other — are arguably the most tech-intensive sectors. The information sector includes film and television production and broadcasting. By June 2021, employment in these two sectors had recovered in the Bay Area, and in April 2022, the level of payroll employment was 7.2% higher than its previous peak. Also, April employment grew at an annual rate of 7%. Between the last three months and the previous three months, employment grew by an annual rate of 4%.

In addition, the logistics industry has been hiring rapidly since the downturn in March 2020. This has been driven by a shift from services consumption to goods consumption during the worst of the pandemic, an increase in home remodeling and a shift in purchase behavior from brick-and-mortar retail to online retail. The impact can be seen in the sea port and airport data. As California is the port of entry for most of the goods produced in Asia’s industrial centers, the state has disproportionately benefited from this increased demand.

In spite of the slowing economy, the continued demand for limited housing stock, coupled with low interest rates, leads to a forecast of a relatively rapid return of homebuilding. The economists’ expectation is for 124,000 net new units to be permitted in 2022, growing to 143,000 by 2024. That level of homebuilding means that the prospect of the private sector building out of the housing affordability problem over the next three years is nil.

Human capital in the U.S. and Los Angeles

In 2012, the UCLA Anderson Forecast developed the CHCI to calculate the weighted average of educational attainment of adult residents by various geographic domains, such as state, metro (MSA), county and ZIP code. The goal is to provide a simple barometer to measure and compare human capital across regions in the U.S. over time. A simple interpretation of the index is that — by and large — one-tenth of its value is equal to the average schooling years of local residents.

According to the report, the top three metros with the highest CHCI in 2020 were Washington, D.C.; Boston; and San Francisco, with New York City in the middle and Los Angeles, San Antonio, Las Vegas and Riverside, California, at the bottom.

According to Yu, the good news is that there was an across-the-board increase in the CHCI from 2013 to 2020 due to such reasons as increased investment in education, higher graduation rates and higher human capital migration. Los Angeles County, although still falling below the national average in adult educational attainment, is now outpacing the U.S. in the growth in millennials’ educational attainment.

2022 and Beyond: An Economy in the Choppy Waters of Supply Chains and Inflation

In addition to presentations of the U.S. and California forecasts, the June 2022 Forecast conference will feature a keynote address by John Burns, CEO of John Burns Real Estate Consulting, and a panel discussion regarding residential real estate. The panel participants are: