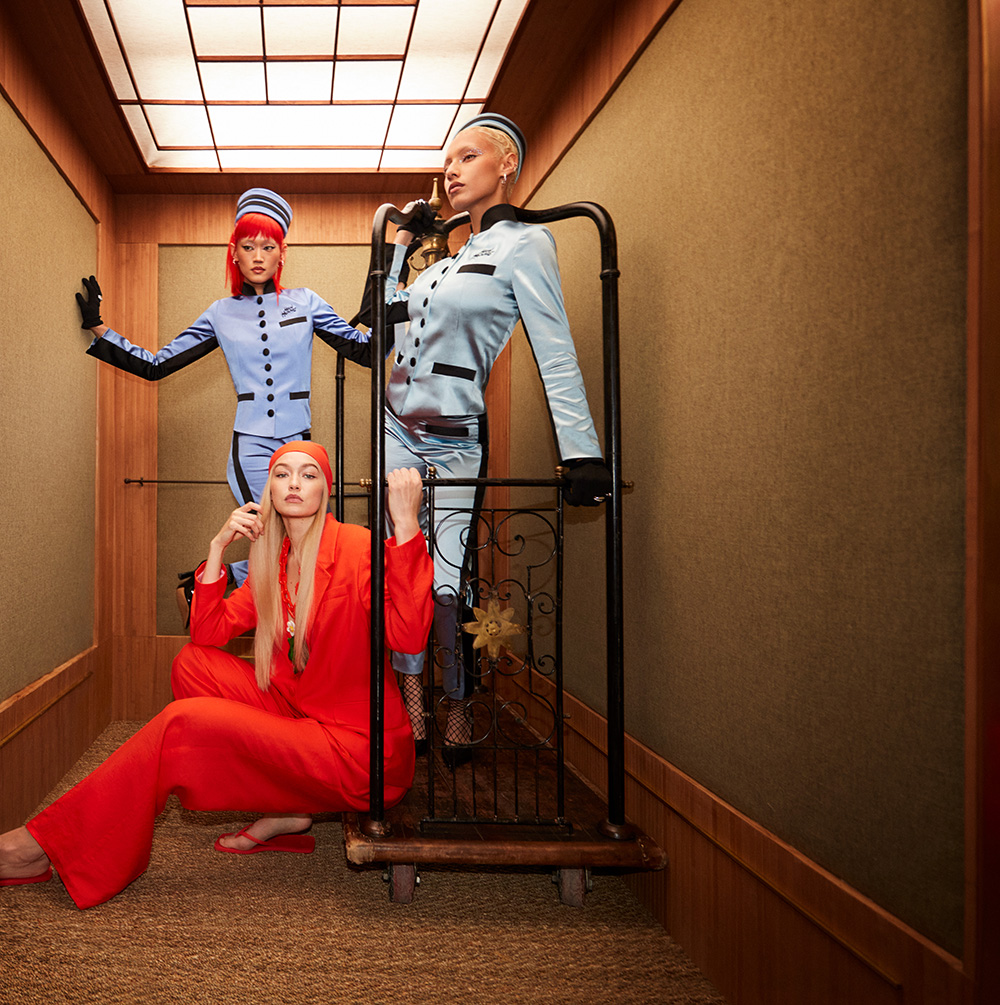 H&M unveils the delightful and unexpected Hôtel Hennes in a new short film for the Spring/Summer 2022 season. Hôtel Hennes is a fictional fashion destination, inspired by legendary art hotels where artists, thinkers and icons gathered, collaborated, and completed residencies. It is a place where aesthetics are exaggerated and experimental, where stories can twist and turn, where dreams are made, and where fashion has no rules.

“Visually, Hôtel Hennes is a wonderland; the stars are not in their usual roles and every frame is intended as a new adventure.” – Bardia Zeinali, Director.

Watch the hotel owner, played by Gigi Hadid, welcome a new hotel guest, played by model Jill Kortleve, to Hôtel Hennes with the help of an entertaining cast of visitors and staff from models-turned-bellhops Jazzelle Zanaughtti and Kiddy Akita Lou to newly checked-in holidaymakers, Isabelle Chaput and Nelson Tiberghien of the Young Emperors. Also on site are model Olivia Vinten as the Head of Housekeeping; dancer and content creator Donté Colley as the Head of Glow-ups; model Devyn Garcia as a lifeguard; editor Julia Hobbs as a fashion journalist; model Precious Lee as a catwalk model; and content creator Christina “Tinx” Najjar as the Hôtel’s receptionist.

“This is a homage to those magical hotels that have been the site of so much creativity in the past. I had so much fun on set, and I think that shows through in the film; the message is welcoming and playful.” – Gigi Hadid.

The spirt of the campaign film is further celebrated by the release of a selection of new Hôtel Hennes merchandise, including beach towels, sunglasses, tote bags, bikinis, shorts and t-shirts. The pieces, which are all crafted in palettes and patterns inspired by the upbeat retro look of Hôtel Hennes, will be in stores and online from April 28th.

“We are thrilled to invite our customers into the world of Hôtel Hennes: a fictional and magical place where our Spring and Summer fashion is celebrated. We look forward to welcoming our customers to the new season at H&M!” – Ann-Sofie Johansson, Creative Advisor, H&M.