Black holes are thought to gobble up so much surrounding material that they put an end to the life of their host galaxy. In that process they create a highly energetic object called a quasar which was previously thought to halt star birth. Now researchers have found a galaxy that is surviving the ravenous forces of a quasar by continuing to birth new stars – about 100 Sun-sized stars a year.

The discovery made by the Stratospheric Observatory for Infrared Astronomy (SOFIA) can explain how massive galaxies came to be even though the Universe is dominated by galaxies that no longer form stars. The results are published in the Astrophysical Journal.

“This shows us that the growth of active black holes doesn’t stop star birth instantaneously, which goes against all the current scientific predictions,” said Allison Kirkpatrick, assistant professor at the University of Kansas in Lawrence Kansas and co-author on the study. “It’s causing us to re-think our theories on how galaxies evolve.” 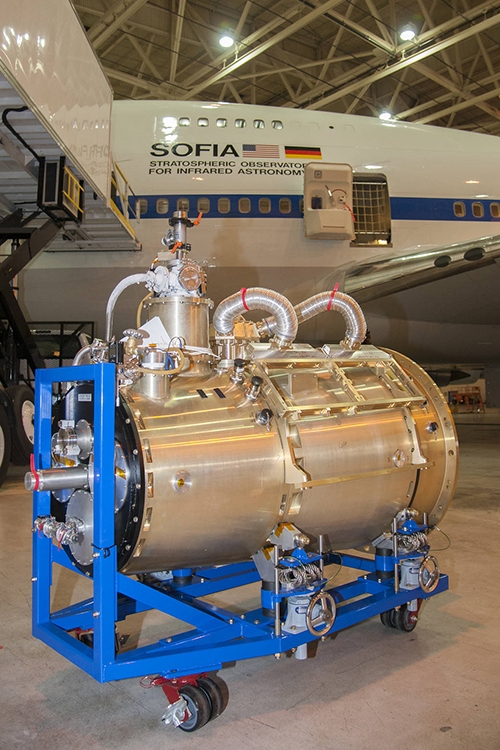 SOFIA, a joint project of NASA and the German Aerospace Center, DLR, studied an extremely distant galaxy, located more than 5.25 billion light years away called CQ4479. At its core is a special type of quasar that was recently discovered by Kirkpatrick called a “cold quasar.” In this kind of quasar, the active black hole is still feasting on material from its host galaxy, but the quasar’s intense energy has not ravaged all of the cold gas, so stars can keep forming and the galaxy lives on. This is the first time researchers have a detailed look at a cold quasar, directly measuring the black hole’s growth, star birth rate, and how much cold gas remains to fuel the galaxy.

“We were surprised to see another oddball galaxy that defies current theories,” said Kevin Cooke, postdoctoral researcher at the University of Kansas in Lawrence, Kansas, and lead author of this study. “If this tandem growth continues both the black hole and the stars surrounding it would triple in size before the galaxy reaches the end of its life.”

As one of the brightest and most distant objects in the universe and, quasars, or “quasi-stellar radio sources,” are notoriously difficult to observe, because they often outshine everything around them. They form when an especially active black hole consumes huge amounts of material from its surrounding galaxy, creating strong gravitational forces. As more and more material spins faster and faster toward the center of the black hole, the material heats up and glows brightly. A quasar produces so much energy that it often outshines everything around it, blinding attempts to observe its host galaxy. Current theories predict that this energy heats up or expels the cold gas needed to create stars, stopping star birth and driving a lethal blow to a galaxy’s growth. But SOFIA reveals, that there is a relatively short period when galaxy’s star birth can continue while the black hole’s feast goes on powering the quasar’s powerful forces.

Rather than directly observing the newborn stars, SOFIA used its 9-foot telescope to detect the infrared light radiating from the dust heated by the process of star formation. Using data collected by SOFIA’s High-resolution Airborne Wideband Camera-Plus, or HAWC+ instrument, scientists were able to estimate the amount of star formation over the past 100 million years.

“SOFIA lets us see into this brief window of time where the two processes can co-exist,” said Cooke. “It’s the only telescope capable of studying star birth in this galaxy without being overwhelmed by the intensely luminous quasar.”

The short window of joint black hole and star growth represents an early phase in the death of a galaxy, wherein the galaxy has not yet succumbed to the devasting effects of the quasar. Continued research with SOFIA is needed to learn if many other galaxies go through a similar stage with joint black hole and star growth before ultimately reaching the end of life. Future observations with the James Webb Space Telescope, which is scheduled to launch in 2021, would uncover how quasars affect the overall shape of their host galaxies. 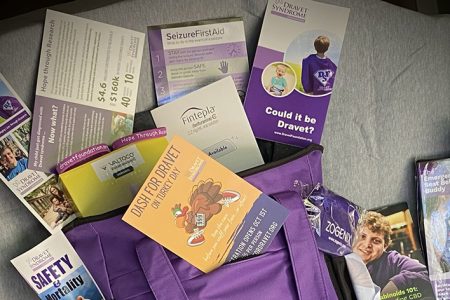 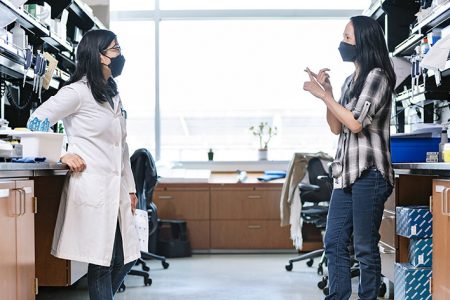 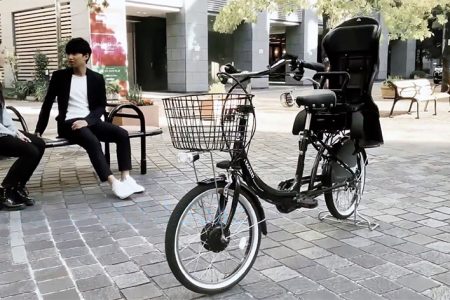