The Defense Department has the capacity and the capability to move as many people out of Afghanistan as possible, and the number of aircraft is not a limiting factor, he said during Aug. 19 press conference

While the situation on the ground could change, currently, people are being let through checkpoints at the Hamid Karzai International Airport, Pentagon Press Secretary John F. Kirby said.

DOD personnel are in direct and frequent contact with the Taliban outside the airport to facilitate the flow of evacuees, he continued.

“We don’t want to see anyone harassed or hurt” as evacuees arrive at the airport, he said. Thus far, the movement is progressing with U.S. forces providing airport security and facilitating flight operations. 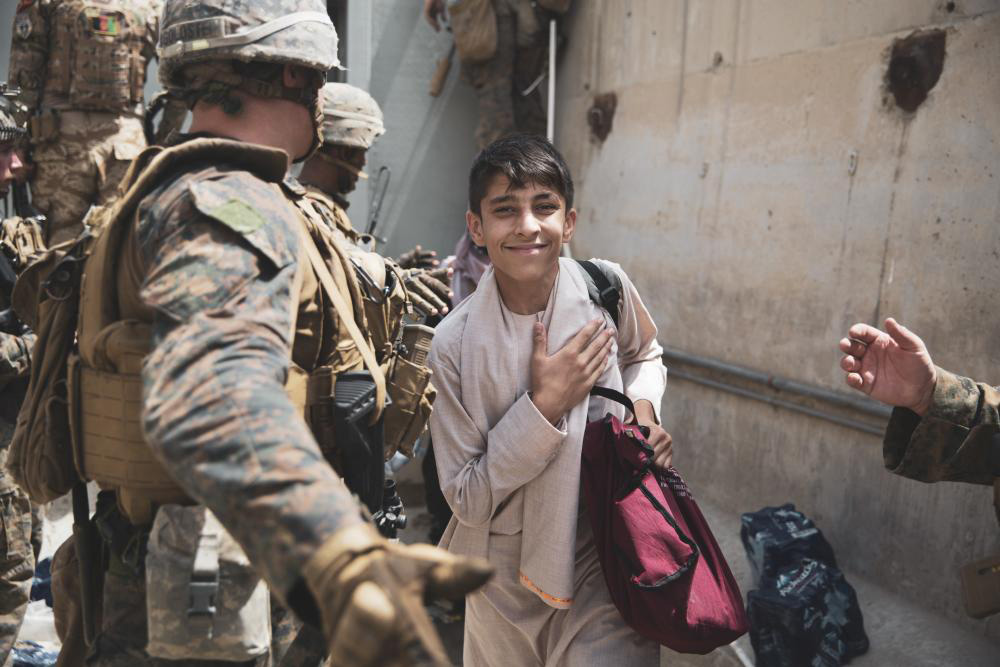 A boy is processed through an Evacuee Control Checkpoint during an evacuation at Hamid Karzai International Airport, Kabul, Afghanistan, Aug. 18, 2021. Marines are assisting the Department of State with an orderly drawdown of designated personnel in Afghanistan. © Marine Corps Staff Sgt. Victor Mancilla

U.S. troops, in concert with State Department consular officials, are manning the airport checkpoints to aid the flow of evacuees. “It’s a team effort,” he said.

The State Department is the lead federal agency for processing special immigrant visas for qualified Afghans.

Going forward, Kirby said that almost all of the equipment and personnel needed for the evacuation has arrived and space on the outgoing aircraft is being devoted to those who are departing.

A C-17 aircraft, he noted, seats about 300 people. Dozens of sorties a day can fly out of Kabul, but the limiting factors could include security situations on the ground and weather, so pinning an exact number of evacuations per day going forward would be problematic.

Kirby noted that the U.S. is also working with other nations to evacuate their personnel. He also said that the U.S. is in discussions with regional and European partners to facilitate the movement and relocation of people out of Afghanistan. 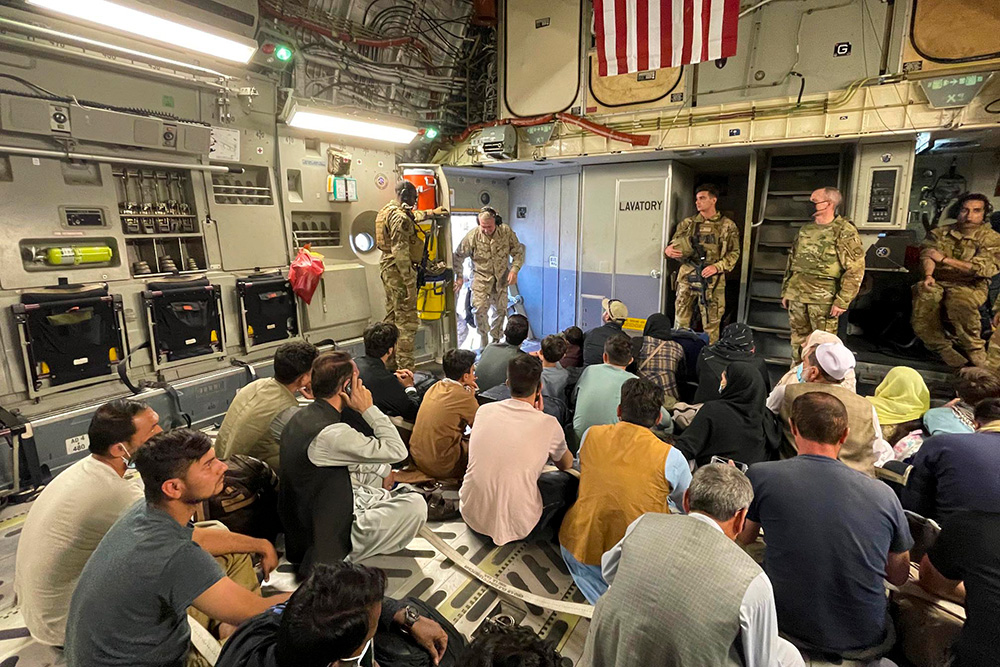