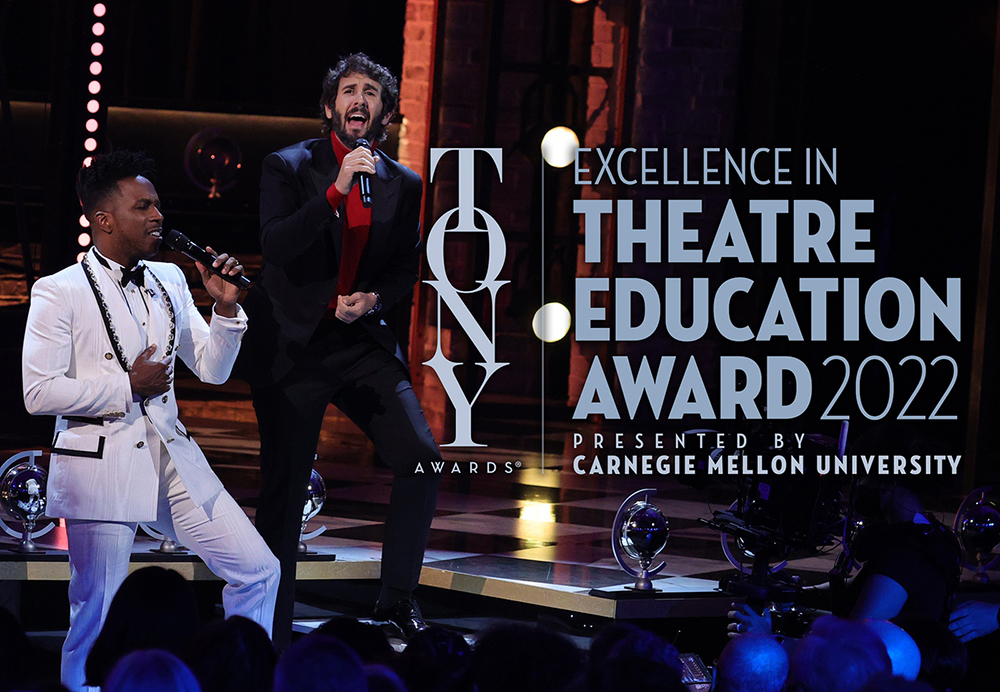 The Tony Awards and Carnegie Mellon University (CMU) announced the Excellence in Theatre Education Award will return to the Tony Awards next year. The national call for submissions is now open.

The Excellence in Theatre Education Award was co-founded by The Tony Awards and CMU in 2014 to recognize extraordinary K-12 arts and theatre educators. The momentous positive impact those teachers have on their students, school districts and communities is fundamental—not just to Broadway but to society in general.

During Broadway’s COVID-19 shutdown, this ongoing teacher appreciation program was temporarily interrupted, but the commitment to recognize and celebrate arts educators is steadfast. Now that Broadway is back and schools are in session, it’s time once again to canvas the U.S. and identify another top drama teacher.

“The Broadway community has demonstrated extraordinary resilience over the past two years,” said Heather Hitchens, President of the American Theatre Wing and Charlotte St. Martin, President of The Broadway League. “That spirit of commitment and collaboration has been upheld across the county in classrooms, high school auditoriums, and video conferences. Theatre teachers have continued to engage and educate, much to their great credit, and we’re eager to celebrate them.”

Students, parents, faculty, staff, friends, and families are encouraged to submit local, notable drama instructors—who inspire all with their superlative theatre programs—for this prestigious honor. Now through January 31, 2022, submissions will be accepted online for K-12 theatre educators at an accredited institution or recognized community theatre organization. Anyone can submit a worthy teacher for consideration. They must be a teacher whose position is dedicated to and/or includes aspects of theatre education.

A panel of judges comprised of the American Theatre Wing, The Broadway League, Carnegie Mellon University, and other leaders from the theatre industry annually select the winner and honorable mentions. The winner will receive a cash grant for their school and other recognition.

The most recent Excellence in Theatre Education Award was presented in 2019 to Madeline Michel of Monticello High School in Charlottesville, Virginia. Her award was introduced during the 73rd annual Tony Awards ceremony by CMU alumni and actors, Billy Porter and John Clay III.

“Now more than ever, we celebrate the restorative power of arts and theatre education,” said Carnegie Mellon University President Farnam Jahanian. “We’re proud to continue our longstanding partnership with the American Theatre Wing and The Broadway League to seek, select and showcase top drama teachers—and to celebrate the inspirational and important work that they do, especially during these challenging times.”