Thinking of private investigators in action may conjure images of Hollywood movies or a man in a giant coat performing a stakeout in an alleyway, but that’s not the reality of the job. Being a private investigator is hard work, and it’s often less thrilling than it seems at first glance.

Private investigators work independently in cooperation with law enforcement offices or private clients who hire them. Their work is similar to that of a detective, and they often conduct criminal or civil investigations.\ 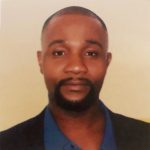 Private investigators are licensed, and therefore legally able to perform some acts that police officers would otherwise perform. They are, for that reason, required to conduct themselves professionally and produce the findings of their investigations to their clients or in a court of law.

Weisburg says he was drawn to the career because it allows you to meet new people and build new skills.

“I can’t go without being a private investigator. I’ve been doing this in and out since I was 21, and I’m going to be 43 in a few months,” says Weisburg.

While Weisburg focuses on private investigations, he also gives his time on Sundays to his local church, a minister.

Looking back on his career, Weisburg is happy that he chose to be a PI and integrate his work as a minister into his life. He says this combination has led to him feeling more fulfilled and accomplished overall.

Looking towards the future, Weisburg hopes to spend more time giving back to his community and volunteering in churches. He also hopes to open a church of his own someday. “Opening a couple of churches will take time,” says Weisburg. But that’s not stopping Weisburg from working towards his dreams.

Weisburg attributes his relentless entrepreneurial spirit to the fact that he enjoys his work.

“I had a lot of fun as a private investigator,” says Weisburg.