Right now about 26,000 Afghan civilians are living on eight different military installations across the United States as part of Operation Allies Welcome. The Defense Department has now set up “mayor cells” at each of those locations to better understand the needs and address the concerns of the Afghan civilians living there, Air Force Gen. Glen D. VanHerck, commander of U.S. Northern Command, said.

The Defense Department has worked quickly to set up eight military facilities in the United States to house the more than 100,000 Afghan civilians evacuated last month out of Kabul. Those facilities are essentially small cities the department has built out in just a short time. Together they will eventually have capacity to house as many as 50,000 individuals.

“I’m building eight small cities,” VanHerck said. “We’re going to have challenges, just like you do across the nation in various locations … I’m comfortable and confident that we have processes in place to continue to address any of these challenges.”

Questions about sanitation, security and food have been raised so far, and the mayor cell concept is one of the processes the general talked about that could help address some of the issues already raised and any others that may arise.

During a visit to Task Force Liberty at Joint Base McGuire-Dix-Lakehurst, New Jersey, one of the locations where Afghans are now living, VanHerck said he visited with those working within one of those mayor cells.

“I was very impressed to see that we put a mayor cell in place where we have military officers and Afghan counterparts in the village, working together to solve the issues that [have been raised].”

VanHerck said the mayor cells are made up of U.S. military officers paired with Afghan civilians who can work together to address issues that may arise in any of the eight locations where Afghans are currently living.

“I’m really encouraged with what I see at the task forces with sharing lessons and continuous improvement processes,” VanHerck said. “The mayor cell is great idea. We take our military leaders, we put them into the mayor cell. They’re responsible for a specific location, maybe a few dorms … and they have a counterpart on the Afghan side that would essentially be their equal, if you will, in rank.”

The mayor cell, he said, allows the Afghan civilians to express concerns or challenges, or to indicate where they need resources or assistance.

“It allows us to also communicate with them through the same process, and they can perpetuate that information across the entire task force and across all of the Afghan population,” he said. 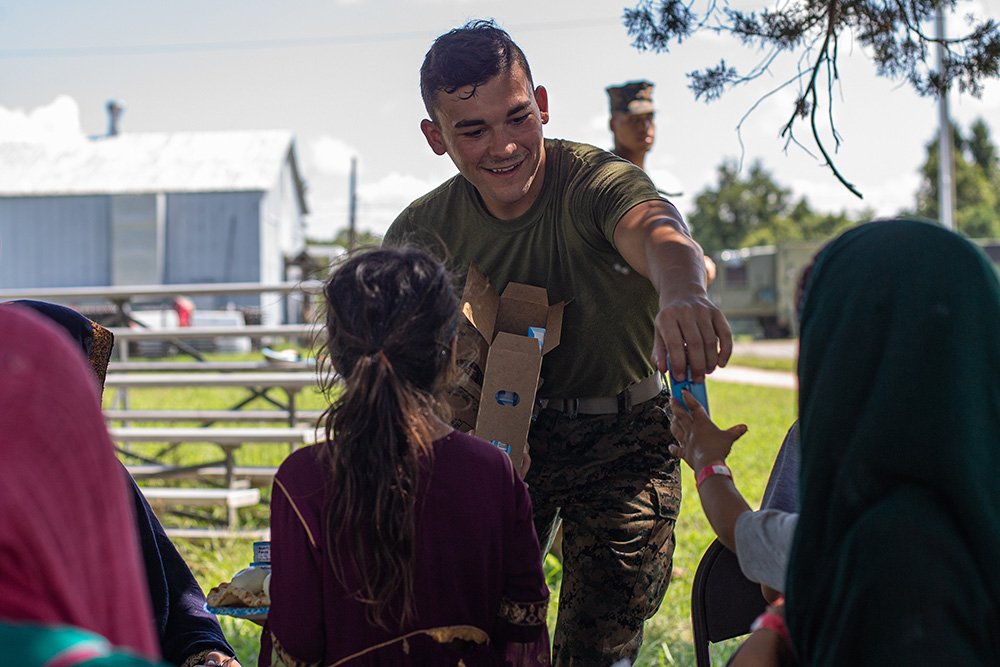 Also of concern are cultural differences between Americans and Afghans, VenHerck said. And the mayor cells can bring those differences to light as well.

“We have cultural differences, and those are things that we’re working on — educating both the Afghans and our people on the challenges that we face from a cultural perspective and understanding that we each understand each person’s perspective,” he said. “This process of the mayor cell has been very influential in helping us get after that.”

At those locations, he said, single males are housed together separately from children and families. Single females are also offered single female housing. The department has also worked to provide families with separate quarters, which in some cases, he said, might mean open areas that are partitioned off with temporary walls to provide privacy.

To also help with cultural and communications issues where the department is looking for individuals who can speak Dari and Pashto, for instance, and who are familiar with the culture.

“With regards to interpreters, linguists, those kinds of things to support — those are challenges,” VanHerck said. “We’re seeking as many as we can through the interagency process. We’ve also had a request for forces out to DOD for additional support. I’m confident that we’re going to get that support as we go forward.” 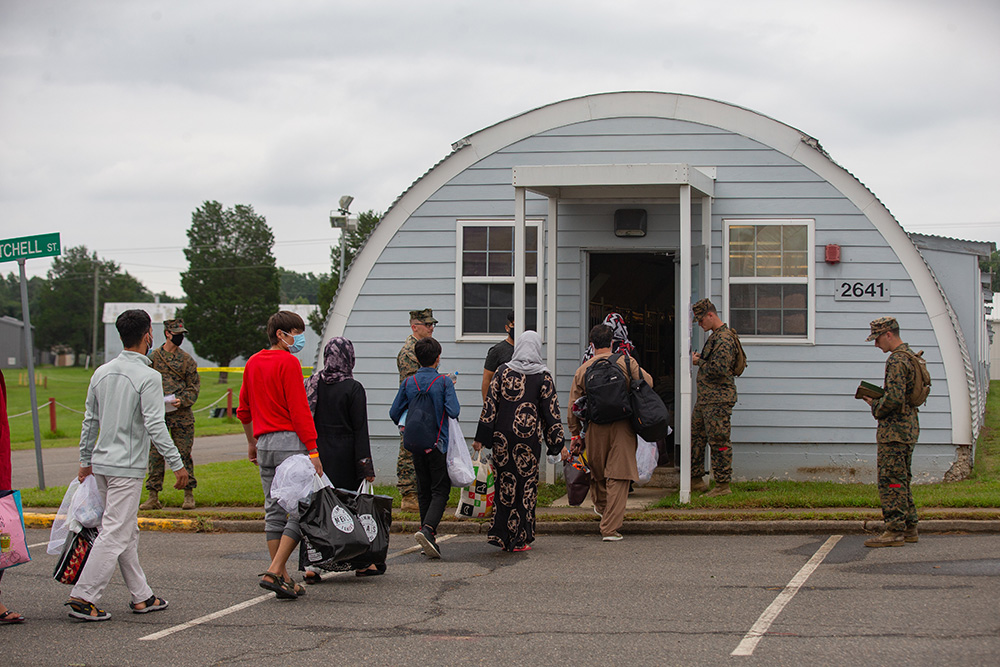