Front Page / People and Culture / Disney100: The Exhibition to Immerse Guests Worldwide in the Magic of Disney 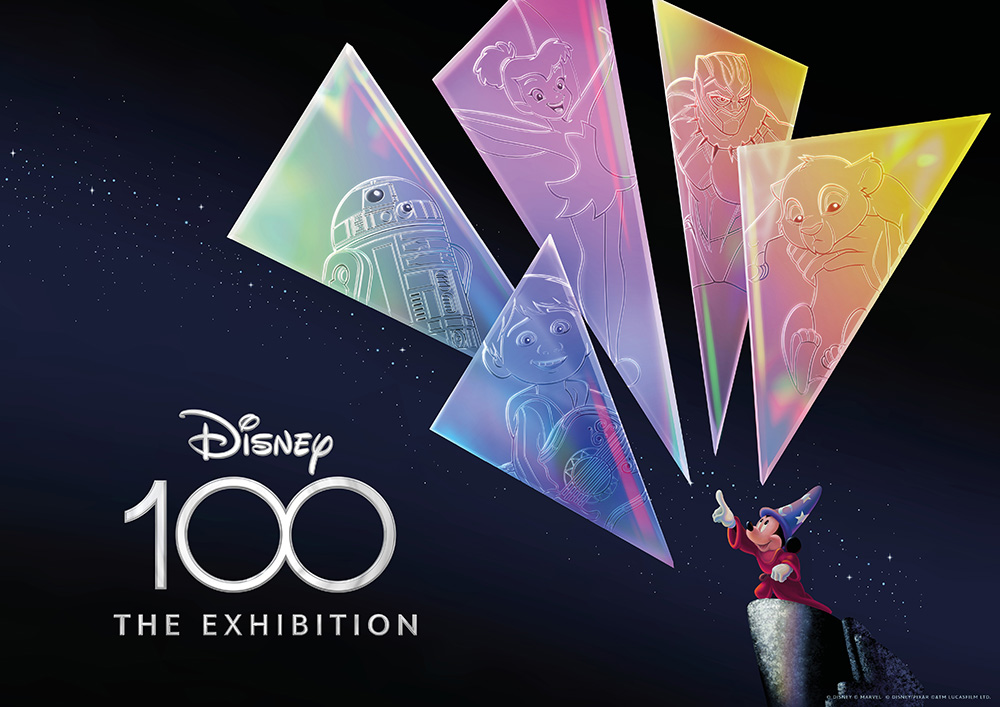 On Saturday at D23 Expo: The Ultimate Disney Fan Event in Anaheim, CA, exciting new details and stops were announced for the upcoming world premiere of Disney100: The Exhibition. Created for the 100-year celebration of The Walt Disney Company, the exhibition will immerse guests in the beloved stories that have been dazzling guests since 1923, when Walt Disney set his company on a path that would revolutionize the entertainment industry. The world premiere of the exhibit opens on February 18, 2023, at The Franklin Institute in Philadelphia, PA, with Chicago, IL, and Kansas City, MO, set as the next two stops on the North American tour. The international unit of the exhibit will open on April 18, 2023, in Munich, Germany, with more cities to be announced in the coming months.

“As we prepare to kick off Disney 100 Years of Wonder, we are incredibly excited to bring this fantastic exhibition to life,” said Becky Cline, director, Walt Disney Archives. “We can’t wait for guests to experience their favorite Disney stories, characters, and attractions in new and immersive ways as we celebrate all the wonderful worlds of Disney.”

President and CEO of The Franklin Institute Larry Dubinski added, “The Franklin Institute is thrilled to host Disney100: The Exhibition, the first major event to mark the global celebration of Disney’s 100 years, allowing fans throughout the Philadelphia region and beyond the very first opportunity to see these crown jewels come to life in beautifully crafted galleries reflecting the creative empire synonymous with imaginative storytelling, innovation, discovery, and wonder.”

Over the past 100 years, Disney has brought its iconic stories and characters to life in new and innovative ways, becoming part of the global culture and creating generations of memories for billions. Disney100: The Exhibition invites guests to step into their favorite stories using innovation and immersive technology throughout ten galleries in the 15,000-square-foot exhibit.

The Walt Disney Archives opens its vault of treasures, showcasing hundreds of extraordinary objects, including many of Disney’s “Crown Jewels” – more than 250 rarely seen original artworks and artifacts, costumes and props, and other memorabilia. Disney has curated special behind-the-scenes glimpses into the creation of the most popular characters, films, shows, and attractions – from Disneyland to Walt Disney World® Resort and beyond. The ten magnificent and imaginatively themed galleries, with moving stories, unique interactive installations, and exciting background information, will take visitors on a journey through 100 years of The Walt Disney Company, celebrating the classics from Snow White and the Seven Dwarfs to Strange World, as well as the latest members of the Disney family – Pixar, Star Wars, Marvel, and National Geographic.