Front Page / Policy and Public Interest / Despite Gaining More Positions in Political Office, Women Still Lag Behind Men in the World of Work 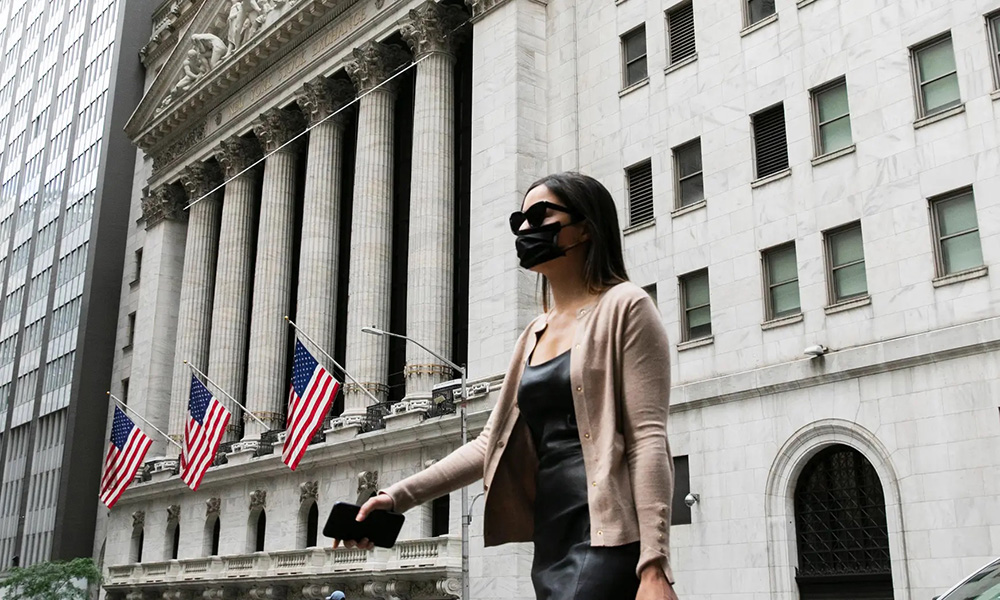 Ahead of International Women’s Day, The Economist’s glass-ceiling index (GCI) shows that women are still lagging behind their male counterparts in senior business roles, making up on average only a third of managers and just over a quarter of board seats across the Organisation for Economic Co-operation and Development (OECD).

The GCI is a yearly assessment of where women have the best and worst chances of equal treatment at work in countries in the OECD, a group of mostly rich countries. It combines data on higher education, labor-force participation, pay, child-care costs, maternity and paternity rights, business-school applications and representation in senior jobs to create a ranking of 29 OECD countries.

This year’s index shows for the second year in a row that Sweden is the best place to work if you are a woman, followed by its Nordic neighbors, Iceland, Finland and Norway. The Nordics are particularly good at helping women complete university, secure a job, access senior positions, and take advantage of quality parental-leave systems and flexible work schedules.

South Korea bottoms out the index for the tenth year in a row, with Japan and Turkey not far behind. But there are signs of progress. A new Korean law barring big companies from having single-gender boards, set to go into effect in August 2022, helped lift the proportion of women on boards from less than 5% to 8.7%.

Elections held last year in a handful of OECD countries, including Iceland, the Netherlands, and the Czech Republic, helped push average representation of women in parliaments up to 33%. When The Economist first compiled the index in 2013, that figure was just 26%.

Additional highlights of The Economist’s 2022 glass-ceiling index include:

This is the tenth year that The Economist has released its glass-ceiling index. When it was launched in 2013 there were five indicators and 26 countries; today it consists of ten indicators including maternity and paternity leave for 29 OECD countries.

The glass-ceiling index sits within a hub, “Women Around the World“, launched in celebration of International Women’s Day. The hub highlights some of the best coverage across The Economist on the lives of women around the world—from inspiring stories to the political and economic inequalities that persist globally. The hub includes an essay from education campaigner and Nobel laureate, Malala Yousafzai, and guest essays on education for women and girls across the world.

The hub is supported by a content-led marketing campaign, “Women shape the future”, which focuses on future-building and the education of women and girls. Creative for the campaign was produced by The Economist’s in-house studio team, and will appear on digital display, social and podcast platforms. 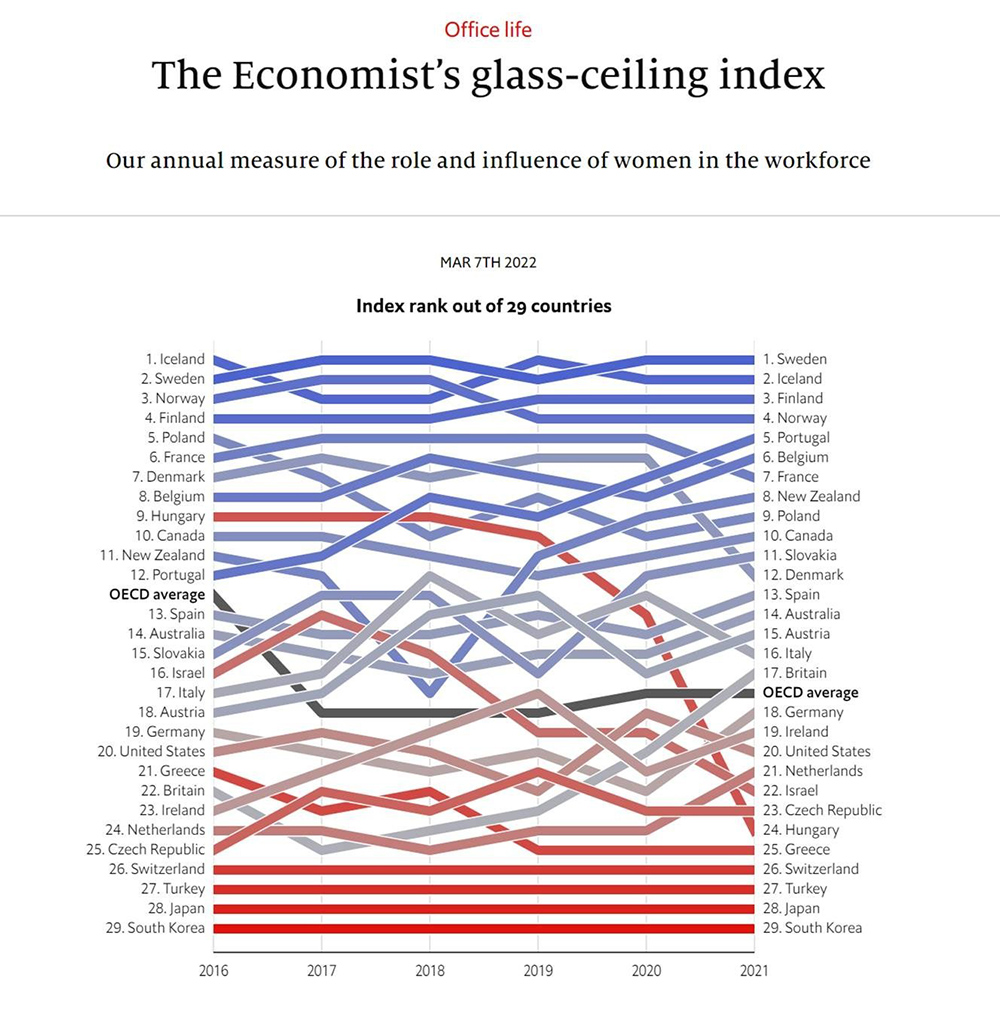