The two leaders met at the Pentagon and exchanged views on defense and security priorities, including the progress on U.S. strategic reviews and the recently announced Australian, U. K., and U. S. trilateral security partnership to ensure peace and stability in the Indo-Pacific region, the spokesman said.

Hicks also conveyed thanks to Lovegrove for U.K. assistance during the U.S. evacuation from Afghanistan last month, and she highlighted U.S.-U.K. naval cooperation in the Indo-Pacific region, as demonstrated by the ongoing Carrier Strike Group 21 deployment, according to the spokesman. 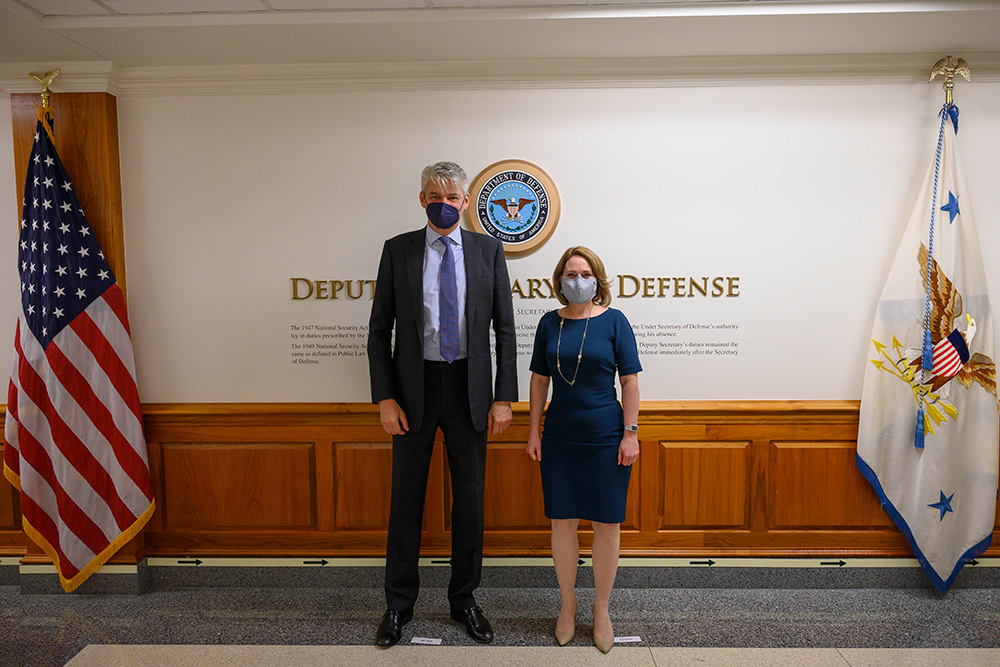 The U.S. Navy announced the participation of the USS The Sullivans in Carrier Strike Group 21 on July 19, according to a Naval News press release. The Sullivans is providing multi-warfare defense to the Royal Navy aircraft carrier HMS Queen Elizabeth.

The first deployment of U.K. Carrier Strike Group 21is a historic achievement and the culmination of a decade-long bilateral carrier cooperation effort to deepen U.S.- U.K. interoperability in an unprecedented way, the release said.

Hicks and Lovegrove expressed their commitment to deepening the U.S.-U.K. defense and security relationship in their talks yesterday.