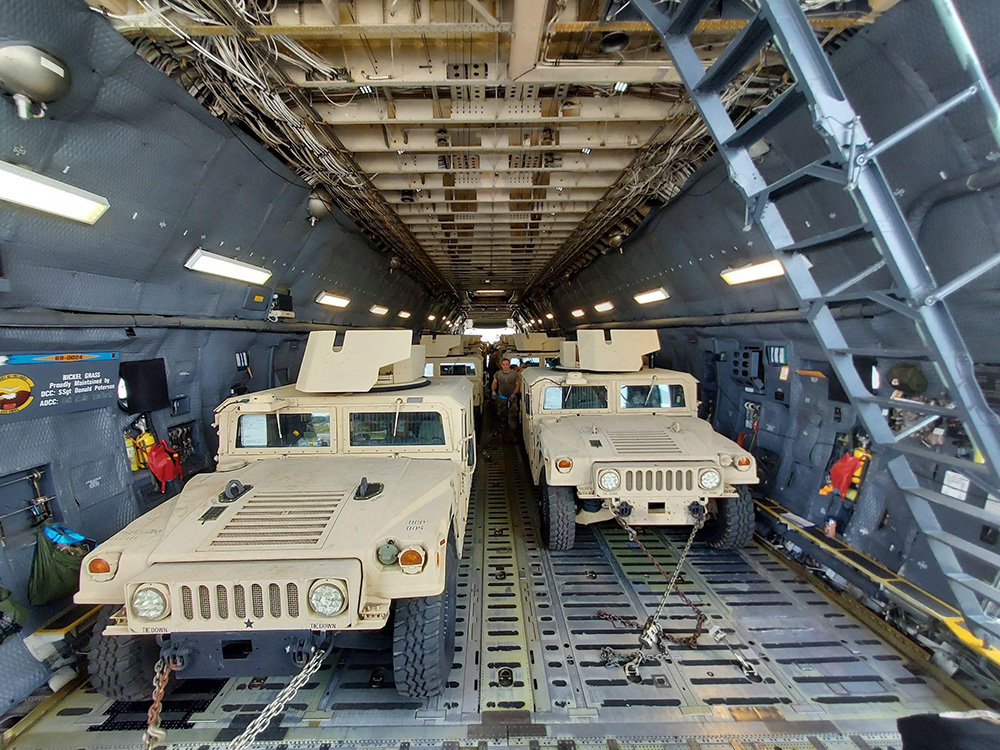 Operation Viking was a high-intensity joint service exercise that consisted of range training, mission-essential civil affairs training and ambitious airborne operations. The exercise relied on a multitude of military units to execute the mission, including Dover AFB’s own 9th Airlift Squadron, whose primary role in the exercise was to provide air transportation.

“The 9th AS supported Operation Viking with rapid deployment of Army ground assets,” said Capt. Matthew Bohannon, 9th AS tactics officer and C-5M Super Galaxy pilot. “The Army Reserve [conducted] all their troop movement into the ‘theater’ via airlift. We provided over 90 percent of that airlift.”

The total amount of cargo transported was 166 Soldiers, 33 Humvees, four Light Medium Tactical Vehicles, one trailer and eight pallets, for a total weight of 502,600 pounds.

Joint service exercises such as Operation Viking provide an opportunity for service members to test their abilities in a controlled and simulated environment. 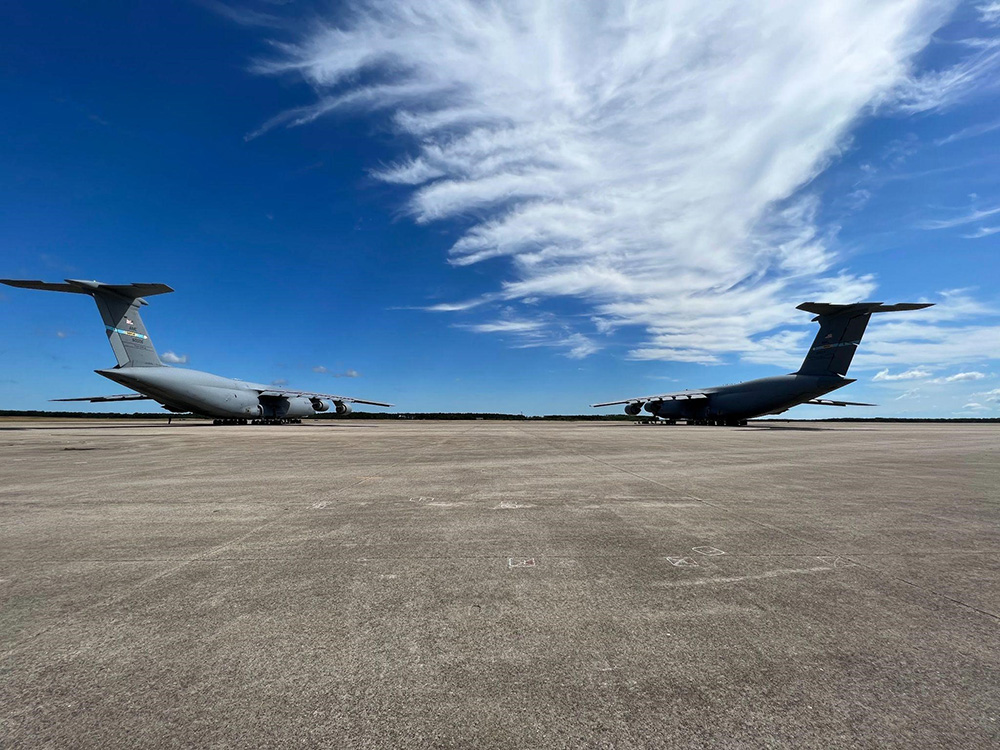 “The mission was beneficial to the crew because we could practice engine-running loads and offloads, which is something we rarely do,” Bohannon said. “Figuring out where all the limiting factors were for moving such a large amount of people was beneficial and figuring out how we can best plan in the future if we had to do this for real.”

The collaboration not only provided a rare training opportunity for the 9th AS, but also for the Army Reserve.

“It was the first time many of the [Soldiers] had assisted in the loading/unloading process of their own deployable cargo,” said 1st Lt. Kyle Brichacek, 9th AS tactics officer and C-5M Super Galaxy pilot. “That not only helps our crews increase mission velocity but also helps train many of their personnel.”

“This exercise was a phenomenal opportunity to work with joint partners in the dynamic environment. Our crews experienced a unique opportunity to practice mission type orders scaled to a multi-ship force package to improve our command and control,” said Lt. Col. Jim Shepard, 9th Airlift Squadron commander. “Operation Viking gave our Airmen a chance to think through and tackle the challenges we will face in the future fight in degraded and contested environments.”