After a delay due to the global pandemic, the formal dedication of the Dwight D. Eisenhower Memorial in Washington, D.C., took place last night – Thursday, September 17, 2020 – at the four-acre outdoor Memorial site. The event, emceed by Bret Baier, featured a keynote address from U.S. Senator Pat Roberts of Kansas (chairman of the Eisenhower Memorial Commission,) recorded remarks from former Secretary of State Condoleezza Rice, former Senator and World War II veteran Bob Dole, and Memorial designer Frank Gehry. Eisenhower’s grandson, David Eisenhower spoke of his grandfather’s legacy, and Susan Eisenhower offered recorded remarks. Invited guests wore masks emblazoned with “I Like Ike” as they witnessed a flyover by the 177th Fighter Wing of the New Jersey National Guard and moving performances by the “The President’s Own” United States Marine Band and Voices of Service. 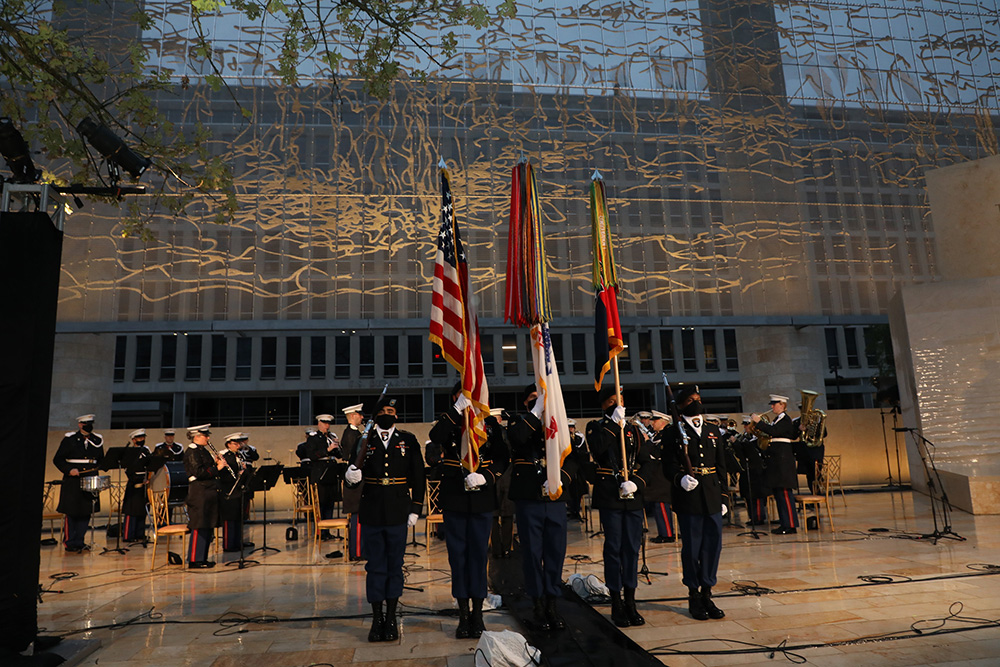 The 101st Airborne Honor Guard presents the colors at the dedication of the Dwight D. Eisenhower Memorial in Washington, D.C.

In a surprise highlight of the dedication, program astronaut and commander of the International Space Station (ISS) Chris Cassidy delivered a message from aboard the ISS noting that “Under President Eisenhower’s leadership, America created NASA which brought our country to the forefront of space exploration.”

Former Secretary of State Condoleezza Rice remarked on Eisenhower’s record on civil rights, including his commitment of federal troops to enforce desegregation of schools in Little Rock. She reflected on President Eisenhower’s role in fighting the spread of Communism and called Ike “the quintessential public servant: like a General more than a century and a half before him, George Washington, President Eisenhower didn’t seek political life. It sought him.”

U.S. Senator Pat Roberts offered commentary on Eisenhower’s roots in his home state of Kansas, saying, “As we look to the entrance of the memorial to that teenage boy from small-town Kansas looking back at us, we see the hopes of all young men and women as they imagine their future: a reminder that we still have within us our own dreams, and that liberty and freedom make it possible for us to find our way, to pursue those hopes and dreams, and to seize the opportunities before us. Eisenhower understood that in a country where destiny is determined not by one’s position at birth, but rather strength of character and determination of spirit, dreams do come true. Eisenhower understood one person’s ability to chart his or her own course and change the course of the world. That American story, the story of a young boy from Abilene, is celebrated at the entrance of this memorial. For me, as a small-town Kansas boy, I never dreamed I would one day dedicate a memorial to Kansas’ favorite son, Dwight David Eisenhower. It is with wonder in my heart that I stand here near the statues of Eisenhower as General and as President, with the towering cliffs of Pointe du Hoc behind us. And I marvel anew at the lessons he left for us.”

The dedication ceremony marked the completion of work by the Eisenhower Memorial Commission, established in 1999. After Friday, September 18, the National Park Service and The Trust for the National Mall will partner to operate and maintain the Memorial and provide volunteer tour guides.

“As the stewards of our nation’s monuments, memorials and historical sites, we enthusiastically welcome the Eisenhower Memorial to the National Park System as our 420th unit,” said Secretary of the Interior David L. Bernhardt, who spoke at the event. “We will forever tell the inspiring story of President Eisenhower and his unparalleled legacy through this iconic memorial in Washington D.C.”

Other notable attendees at the event included: Chairman of the Joint Chiefs of Staff, General Mark A. Milley; Secretaries Elaine Chao (Transportation), Betsy DeVos (Education) and several Members of Congress. 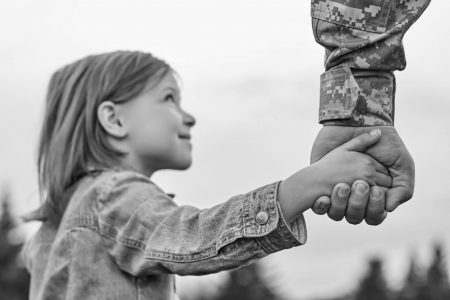 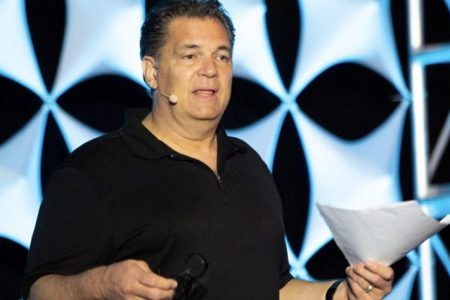 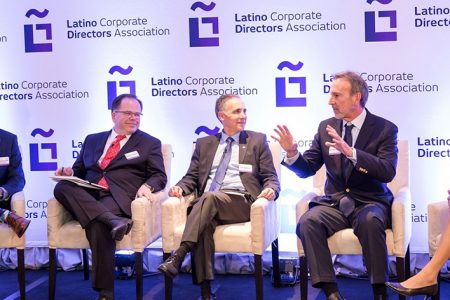 Latinas Only 3.3% of Women Appointed to California Boards Since SB 826 Legislation Enacted