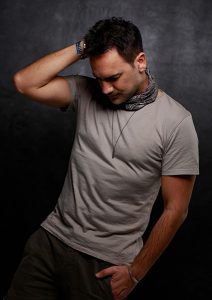 Every year, International Women’s Day sees a growing number of protests by women across the world. For instance, Pakistani women marched across several urban centers this year to protest the harsh, patriarchal legal restrictions on female autonomy and a culture of abuse.

Around the world, a full 35 percent of women are survivors of domestic violence. And in some nations, that number jumps to as high as 70 percent. As for the most extreme end of domestic violence, 137 women are murdered by a family member every single day. These numbers clearly spell out the atrocious conditions of women’s safety in their own homes.

It is clear that women face a violent world, and they battle through this while doing 2.5 times the amount of unpaid domestic labor as their male counterparts. Meanwhile, more than 2.7 billion women around the world face legal restrictions around certain forms of employment.

The statistics show us that oppression of women is an ongoing reality. But while statistics can inform the mind, it is art that must inform the spirit.

Cem Bayoglu uses fine art photography to explore the moments of peril women face every day. Using a black and white palette highlighted by select reds and yellows, he creates a series of images that sink into our understanding.

The world Bayoglu’s characters inhabit evokes a far too real situation, but the way he does this is by amplifying the surreality of violence. With dramatic staging, he uses archetypal figures: the woman applying make-up before work, carrying wounds from an abuser; a young girl hiding as an older male attacks her mother; a trafficked woman, silenced and bound. But he pushes the viewer past these archetypes into specificity, using mise-en-scene to bring details into focus. This approach humanizes the characters and reminds us that while the images are staged, what we are seeing is not fiction for billions of women.

And that is, ultimately, the value of art. To bring us from intellectual understanding to a more profound form of human understanding. By confronting, with unflinching clarity, the struggles that women face, he educates and represents, with images that burrow deeper than any statistic could.

When Bayoglu first toured the exhibition across Europe in 2013, he spoke with many women who experienced the kind of violence depicted in “One Billion Suffers.” Their stories are all too similar to those of countless women around the world. The series continues seven years on, to be relevant. A sad condemnation of our fight for women’s liberation.

As we leave this year’s International Women’s Day, we cannot leave the conversation about women’s oppression behind. We have to continue our efforts to make a safe and healthy world for all. Art must always be a part of that.