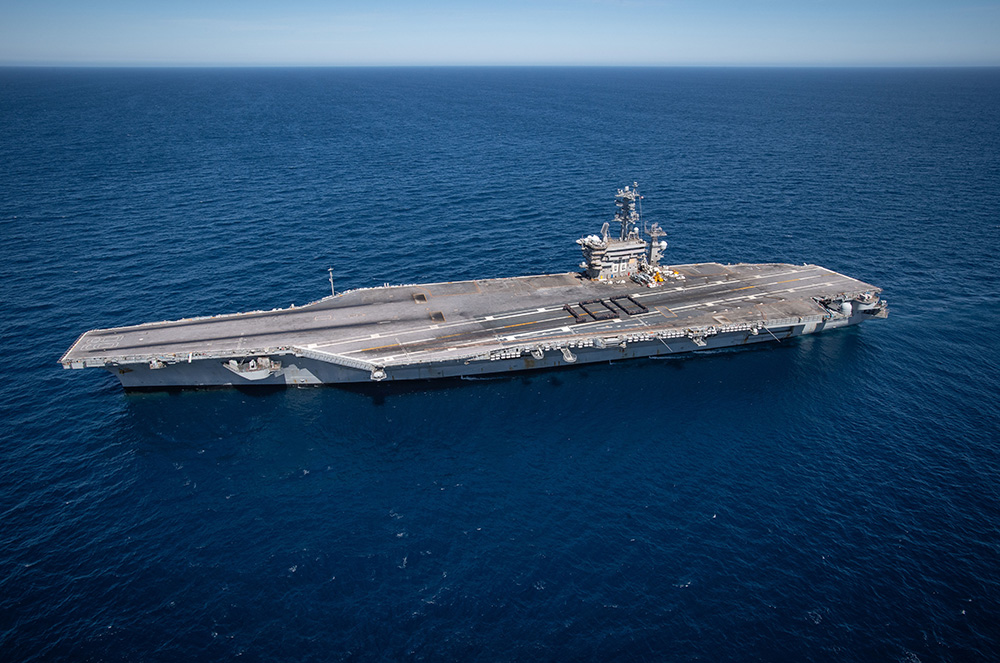 It started as an ambitious experiment. Cmdr. Kenneth Whiting, a respected naval aviator, initiated the idea to convert a cargo ship into a vessel able “to take planes around with the fleet.” Two years later, on March 20, 1922, the former USS Jupiter (Collier #3) recommissioned as the USS Langley (CV 1), the U.S. Navy’s first aircraft carrier.

Langley laid the foundation for the next 100 years of aircraft carrier heritage, agility, flexibility, resilience, and future power. It accomplished a feat which exemplified the true nature of what it means for a country to maintain naval superiority – carrying the fight to the enemy so it is not fought on U.S. soil. March 20, 2022, marks the centennial of this momentous achievement.

“The nuclear-powered aircraft carrier is the Nation’s premier class of warship,” said Capt. Craig Sicola, commanding officer, USS Nimitz (CVN 68). “It is without a doubt the United States’ strongest asset when it comes to maintaining superiority of the seas, protecting international maritime trade, and deterring foreign aggression.”

The carrier fleet allows the U.S. to maintain freedom of the seas, and its capabilities enable our forces to meet any challenge, from combat missions to humanitarian assistance and disaster relief. Since June 22, 1968, when Nimitz laid its keel, it has carried forth a legacy of innovation, evolution, and dominance.

Fleet Adm. Chester Nimitz was the United States’ last surviving fleet admiral, a rank he earned while serving as Commander in Chief, U.S. Pacific Fleet, and Commander in Chief, Pacific Ocean Areas during World War II. In this position, he helped lead the U.S. to victory against Japan.

USS Nimitz continues to play a key role in the Navy’s power projection and represents a unique and measureable commitment to our allies and partners while honoring its namesake – one which all subsequent Nimitz-class carriers now share.

“Chester Nimitz was a pioneer, leader, strategist and model for all other naval officers and Sailors who came after him,” said Sicola. “The reverence I hold for a man who played such a pivotal role in our nation’s history is hard to describe. It’s an honor to command a ship bearing his name, which also holds the distinction of being first in its class.”

Most recently, Nimitz underwent an unprecedented restriction of movement (ROM) period in April of 2020 while pierside in Bremerton due to the COVID-19 pandemic and left for deployment soon after. Its voyage would last for almost a year, a historic deployment in terms of duration, returning in March 2021. After completing a planned incremental availability (PIA), the ship returned to sea to prepare for its next deployment.