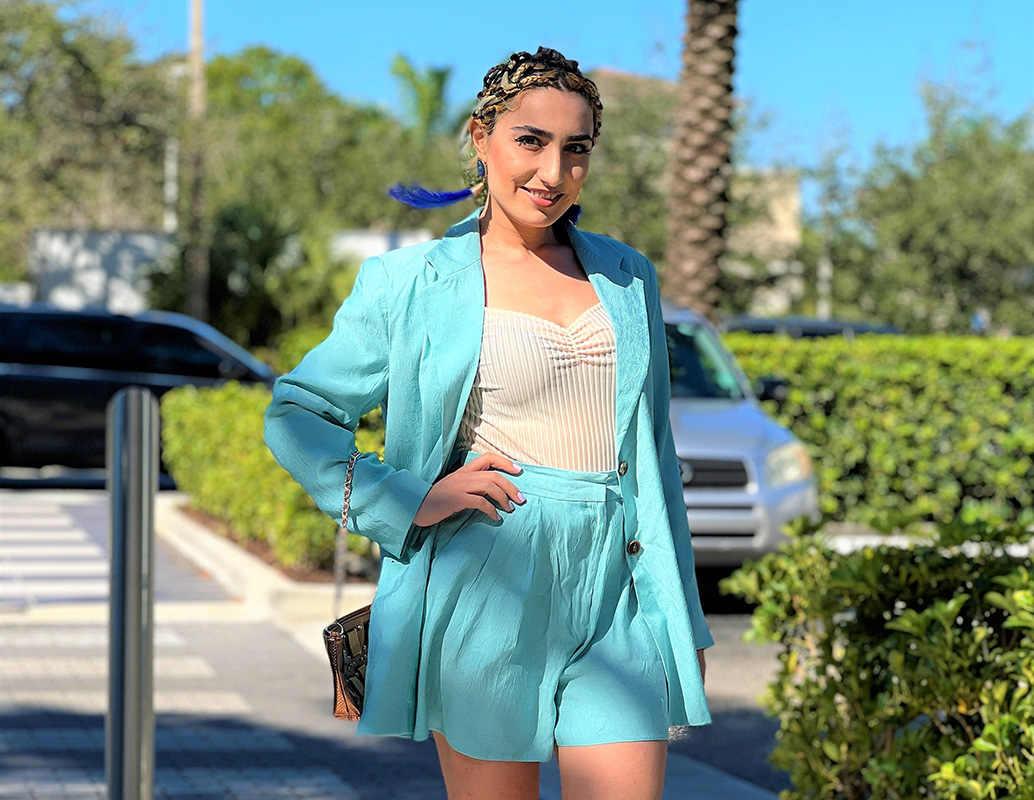 Dr. Darya Hodaei is an accomplished pharmacist, best-selling bilingual author, and innovative educator experienced in the field of multicultural children’s books and content creator. Her work bridges the gap between ethnic dynamics and modern-day society by illuminating language learning and acquisition to a similar wider audience.

Darya Hodaei is the founder and CEO of her cultural, social media manifesto “Englishazerbaijani” and side-hustling as an offshoot lingo/cultural activist on her mission to fight with racism in our society. Nonetheless, Dr. Hodaei has dedicated her life to promoting cultivation, diversity, and communication among people from all walks of life.

As an Iranian-born American immigrant who merits the importance of being educated in multiple languages, she has illustrated and published numerous children’s books to kingpin varied cultures and traditions cohabiting in harmony. A sought-after publisher, her famous work, “Jirdtan’s Halloween” has received critical acclaim from both the critics and parents alike.

Born in East Azerbaijan of Iran, Dr. Hodaei attended some of the most prestigious academic institutions in Iran, such as Iran’s National Organization for Developing Exceptional Talents (NODET). She also elevated as a top ranker in National University Exam, Konkour, qualifying her to pursue a Doctorate program in Pharmacy from Iran’s the Medical Sciences University of Tabriz.

After completing her formal education, Dr. Darya Hodaei started her career as a Pharmacist and also published many of her scientific dissemination on her expertise in pharmaceutical sciences. During that time, she also devoted her mortal coil to writing children’s books from an early age but never published her stories. Dr. Hodaei met the love of her life at the age of 22, who was also pursuing his scientific career in the same pharmacy college. Later on, both immigrated to the USA to start a new chapter in their lives. Her husband currently thrives as a Clinical Development Scientist in a well-heeled pharmaceutical company.

While living in Iran, Darya Hodaei came across many issues with the ethnocentrism and lack of education of her Azerbaijani Turkic cultural values at the school. She also tackled many challenges while growing up with almost no ties to official writing of her mother language and a lack of knowledge about her ethnic historical background.

After immigration, when her first son was born, she made it her mission to start discovering knowledge about her ethnicity and promote the antiquity of her background as kindred and a local expert on her ancestral land. She proudly portioned her wealth with the same audience in Iran as they navigated their identity.

For this purpose, she started publishing facts and figures about cross-cultural references and dispensing her field of vision in children’s books and content created by her platform, Englishazerbaijani, to spread awareness and enlightenment while influencing others to value the significance of one’s root identity.

Darya Hodaei proudly embarks on her journey as a humanitarian. Her platform, Englishazerbaijani, gained a lot of media coverage and actively contemplated the beauty and virtues of varied traditions and cultures of Azerbaijani Turks in Iran on Englishazerbaijani’s YouTube Channel and Instagram page @EnglishAzerbaijani.

Her Lifework as a Contributor to Society

She strives to create a dialogue between people of all cultures so that we can learn from each other and build a more tolerant world. For this purpose, she received exclusive support from the like-minded and dedicatedly elaborated the same perspective while she authors children’s books to disrupt the ethnic boundaries in Iran.

After 20 years of her career, she became an author again and started publishing a series of books from “Azerbaijani Turkic Alphabet and Numbers” both in Latin and Arabic scripts to a bilingual storybook to improvise self-esteem of the younger generation.

Her famous work, “Jirtdan’s Halloween,” is also no exception as it illustrates a wide array of diverse Azberbaijni Turkic characters like Jirtdan as the main protagonist, followed by Lady Tick-Tick blended with a Western thematic.

Her catalog of brilliant flair does not end here, and her book series titled “Fun Facts about Animals” is also rated as 5-star on Amazon. While balancing her profession, she is also excitedly planning her future book release titled, “Fun Facts about Fruits,” which will soon be published multi-lingual on her website daryahodaei.com.

On a Personal Note!

Currently residing in Florida, Dr. Hodaei extensively enjoys spending time with her family and takes a liking to raise her children in a lifestyle exposed to 4 different languages. On top of that, her interests include dancing Heels and Arabic, but she also intends to explore dances of Caucasian and Azerbaijani backgrounds.

Apart from her attending the gym regularly, she savors her visits to attend all sorts of varying traditional events in her children’s schools and around the community. So what’s missing from this picture is a cultural enthusiast inscribing books to bring a solitary perspective that no one has unveiled before!