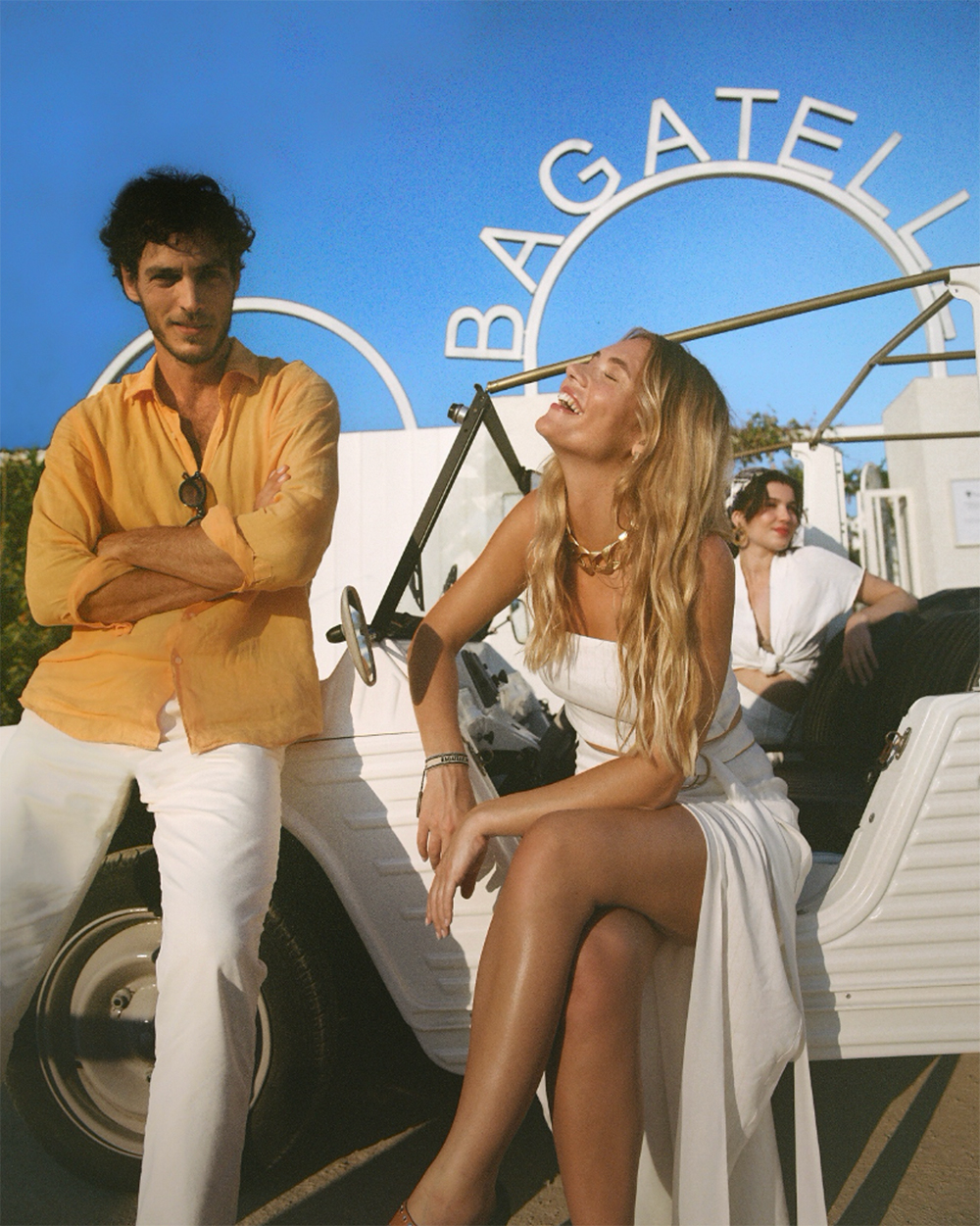 The Greek island of Mykonos, also known as the “Island of the Winds”, is an iconic white-washed Mediterranean destination blessed with 300 sunny days a year, a glitzy hangout frequented by jet-setters and party-goers. The island’s population of little over 15,000 people swells to over 50,000 in the tourist season attracting the most sophisticated crowd with epicurean taste for what the island has in abundance—the pristine Aegean sea water, the island’s forty beaches and secluded bays, and, among many other unmatched attractions, the finest Mediterranean dining and partying experience.

As the island is opening for the new summer season, Mykonos patrons are in for a most exquisite debut on the island’s hospitality scene. Bagatelle, the international restaurant group founded and owned by French entrepreneurs and restaurateurs Remi Laba and Aymeric Clemente, have chosen Mykonos for the next Bagatelle location. The new restaurant located near the famous and picturesque Mykonos windmills is the most recent addition to the Group’s fifteen restaurants around the globe. Since the opening of their first restaurant in New York Сity in 2008, Bagatelle has expanded its elite culinary presence to such popular traveling destinations as Tulum, Los Cabos, Miami, St. Tropez, Courchevel, Dubai, Bahrain, Bodrum, and now Mykonos. All fifteen Bagatelle restaurants are united by the brand’s philosophy “Bagatelle is dedicated to a clientele of epicureans seeking the pleasures of life: eating good food, drinking good wine, popping champagne and having the best time while doing it,” as explains Bagatelle’s CMO Constance Nacfaire.

The unique environment of Mykonos best suits one to immerse oneself in the unmatched culinary and partying atmosphere that Bagatelle is famous for. Personifying the famous French “joie de vivre” and blending it with the local Greek Isles’ cultural attributes and subtleties, Bagatelle Group once again created on the shores of the crystalline Aegean Sea a cosmopolitan yet culturally unique place that will stand out from the many other restaurants representing various cuisines and styles.

Under the overall guidance of the Group’s Corporate Chef Rocco Seminira, Executive Chef Joseph Kahat accomplishes culinary feats paying tribute to the healthy and delicious French-Mediterranean cuisine while blending it with local notes. The sea bream ceviche, octopus and seasoned olives, sea bass carpaccio, and the famous signature Bagatelle tuna tartar, or Pugliese burrata with local tomatoes and, for the most demanding palate, with extra caviar, are just a few dishes on the menu. The ample bar menu with a roster of the most popular and signature cocktails and a champagne bar will be a great company for those spectacular Aegean sunsets.

Apart from the superb culinary journey, Bagatelle Mykonos offers a rare immersive experience. For instance, after cutting the freshly cooked fish or meat in front of the customers, the restaurant staff may join in the lively activities, party with the guests, and even jump on tables leaving no doubt the experience will be remembered forever! What can better prove the “joie de vivre”?

A strict color code is observed in Mykonos where doors and windows are painted blue, green, or red, a vestige of the old tradition when sailors used to paint their doors blue, farmers used green, whereas the rest of the islanders used red paint. The houses are all painted white as the white helps cool homes during hot summer months. Bagatelle Mykonos mixes French Riviera elegance with the traditional island palette making the entire al fresco restaurant by far the most beautiful in town.