U.S.-Polish friendship goes back to the Revolutionary War. Tadeusz Kosciuszko joined the nascent U.S. Army and served as an engineer to George Washington. He left the service as a brigadier general.

This friendship extends to today. Austin noted that he fought alongside Polish service members in Afghanistan and Iraq and praised their courage and professionalism in battle.

In 2014, as the security environment in Europe became more uncertain, the United States began deploying rotational combat forces across NATO’s Eastern flank, “the majority of which operated in Poland and continue to do so to this day,” he said. “Last year, our countries signed an Enhanced Defense Cooperation Agreement, providing even greater support to U.S. personnel serving in Poland. It’s a great example of your commitment to shared responsibility.” 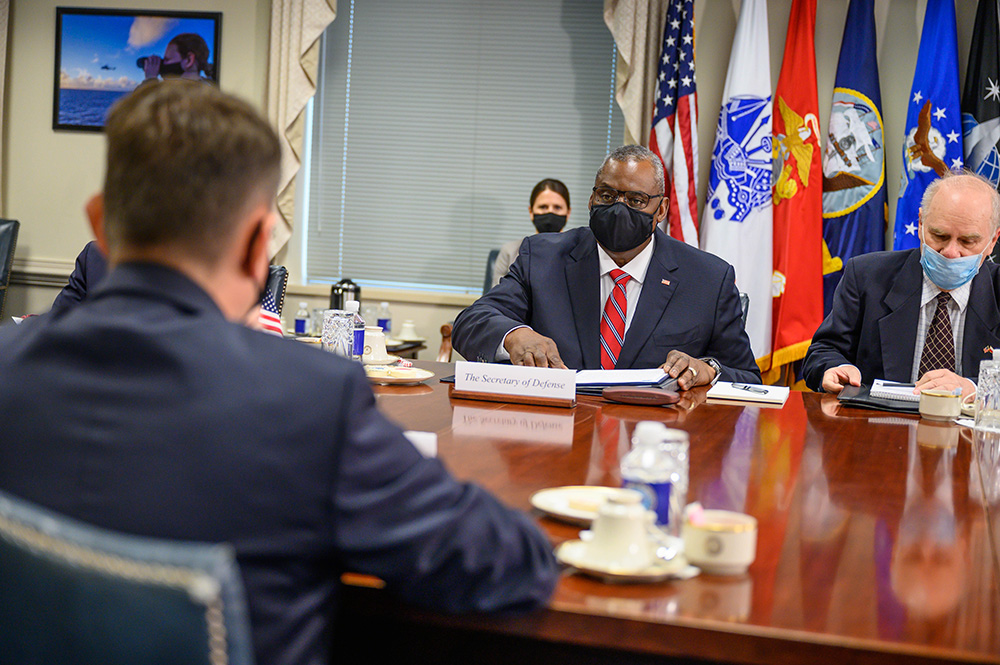 Austin wants to build on the progress already made. “Our two countries are committed more than ever to NATO’s collective security and regional stability, especially along NATO’s Eastern flank,” he said. “We will continue to work together to enhance NATO’s defense and deterrence capabilities and to ensure that the trans-Atlantic bond remains strong.”

Blaszczak said the U.S. military presence in Poland “continues to be a central pillar of our current and future bilateral cooperation and of our common response to the security challenges to NATO.”

The defense minister welcomed the activation of the U.S. Army’s V Corps forward and the appointment of a Polish general as deputy commander. Poland is also continuing efforts that enhance defense capabilities by acquiring state-of-the-art, U.S.-made military equipment. These include the F-35, Abrams tanks, HIMARS-rocket systems and Patriot batteries.

“The ever stronger Polish-American defense cooperation is instrumental in making a number of common security challenges,” Blaszczak said. “A durable and robust U.S. engagement in Europe, and particularly on [the] NATO Eastern flank, is fundamental for the cohesion of the alliance, effective deterrence, and stability of the whole Euro-Atlantic area.”