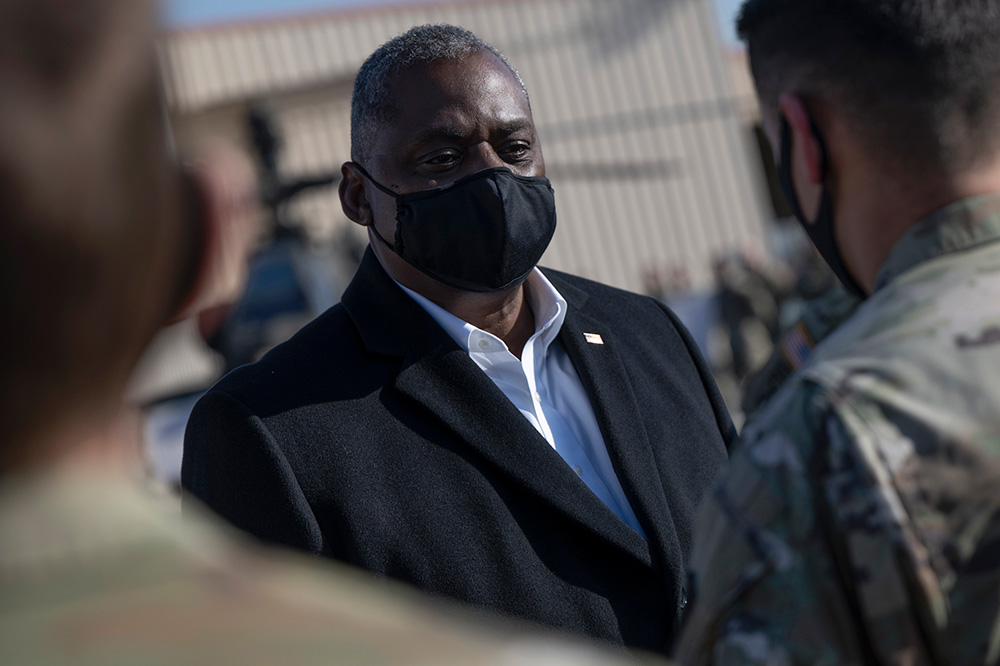 In a Black History Month roundtable of six Black White House cabinet members yesterday, Secretary of Defense Lloyd J. Austin III shared his career experiences and his views on the importance of diversity.

Joining the secretary were cabinet members Marcia L. Fudge, secretary of Housing and Urban Development; Michael S. Regan, administrator of the Environmental Protection Agency; Shalanda D. Young, acting director of the Office of Management and Budget; Linda Thomas-Greenfield, ambassador of the U.S. Mission to the United Nations; and Cecilia E. Rouse, chair of the Council of Economic Advisers.

As a 41-year Army career officer, the secretary entered the military as a student at the U.S. Military Academy in West Point, New York. It was there where he realized his first mentor would be Henry O. Flipper, the first black graduate of the school.

“Initially, the first tough thing I had to do was go to West Point and finish and be successful,” Austin shared with the other cabinet members. He recalled how Flipper, who graduated in 1877, also was from his hometown of Thomasville, Georgia.

“The things [Flipper] had to go through in order to graduate and become an officer in the Army and the sacrifices he made were just extraordinary,” the secretary said. “And I felt that if he could do that, in that day and age, surely I could be successful, as well. [He] was a great role model for me,” he said, noting that he had numerous mentors in his career.

Austin rose to the rank of four-star Army general and retired following his post as the commander of U.S. Central Command. 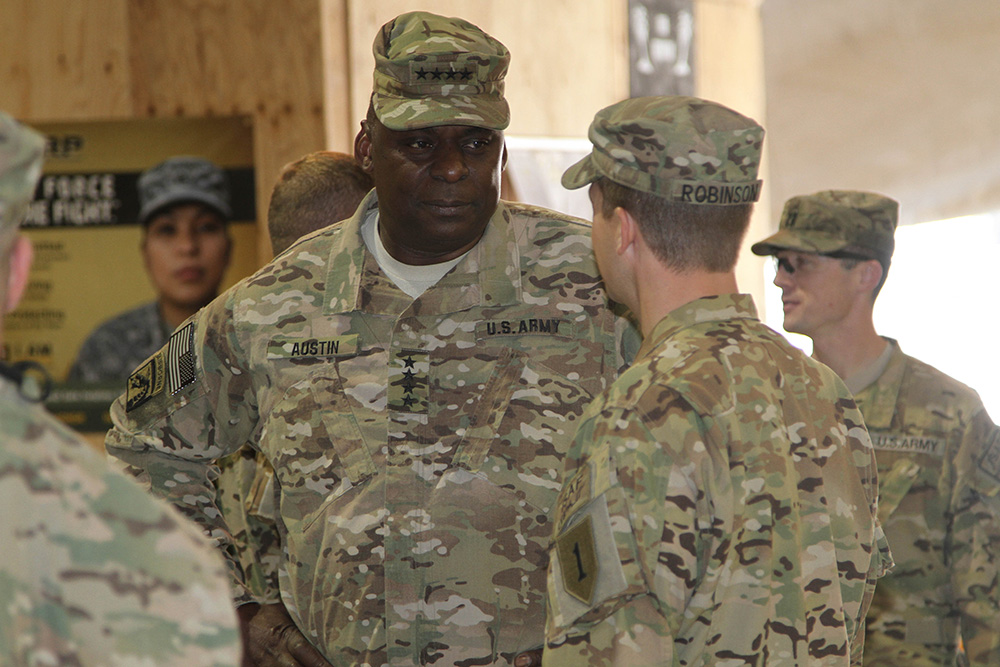 And that military passion allowed Austin to do what was needed in terms of investing the time and effort to become good at what he was doing, he said. “And so, 41 years later, I took the uniform off. And as you know, I was offered — a year-plus ago — the opportunity to join [President Joe Biden’s] team. I really feel fortunate to be able to come and join a team again,” he added.

In terms of Biden’s strides with diversity, the secretary said he “cannot speak more highly about the example he has set. And I know firsthand that the president is committed to that issue.” On the 2020 presidential campaign trail, then-presidential candidate Biden pledged to establish the most diverse cabinet in the history of the country.

Austin said he is “honored to be the first African-American secretary of defense.”

And as the 28th secretary of defense, he said he does not want to be the last African-American secretary of defense. “I want to make sure I create the conditions that young people out there … can really relate to and say, ‘I can be him, or I can be very successful in the Department of Defense.'”

What the secretary said he thinks about 24 hours of every day is defending the United States. “I have a great team that helps me do that,” he added. 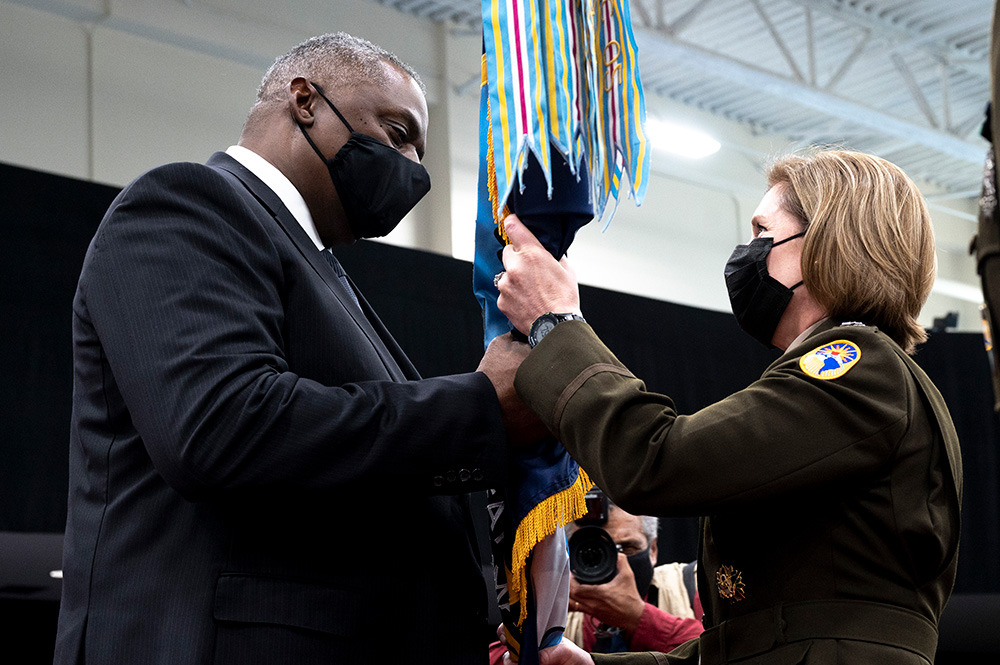 And one of the things he wants to do at DOD is make sure he creates as inclusive an environment as possible, Austin said. “Diversity is really important to us. The … military has led the way in a lot of cases. With respect to diversity, I’ve got to make sure that we continue to make strides. And I equate diversity with being invited to the dance. Inclusion is actually being asked to dance.”

It’s also a goal of the secretary’s to make sure DOD has the environment that’s not only diverse in the ranks, but there’s also diversity in the leadership and it’s inclusive, too, he noted.

“I believe this cabinet is very inclusive,” Austin said. “Every time that I’m with the cabinet members, I always feel welcomed and that I am with teammates I can work with, trust and count on.”