Aside from the competence of its troops, America’s greatest military advantage is the ability to deploy and sustain service members anywhere in the world: And U.S. Transportation Command is at the heart of that capability, Secretary of Defense Lloyd J. Austin III said today at the Transcom change of command ceremony at Scott Air Force Base, Illinois.

The secretary presided as Army Gen. Stephen Lyons turned over command of the joint service worldwide organization to Air Force Gen. Jacqueline Van Ovost. Van Ovost came to the command after serving as the commander of Air Mobility Command. She is the first woman to hold the command.

From re-supplying scientific bases in Antarctica to ensuring American forces in Syria do not run out of supplies, the command is active every day, Austin noted. “On any given day, some 115 Transcom railcars are moving DOD equipment, 33 ships are getting underway and 1,500 trucks are delivering cargo,” Austin said. “And about every two minutes, a Transcom plane is taking off or landing somewhere around the world — hauling supplies, refueling aircraft or moving patients.”

The components of the command include the Army’s Surface Deployment and Distribution Command, the Navy’s Military Sealift Command and the Air Force’s Air Mobility Command.

These statistics represent what the command does on a normal day, Austin noted, “but this past year was anything but ordinary.”

Transcom still had to operate in the face of a worldwide pandemic. It had to execute a complex retrograde movement of U.S. forces from Somalia, and it had to conduct the largest noncombatant evacuation airlift in American history in Afghanistan, Austin said. 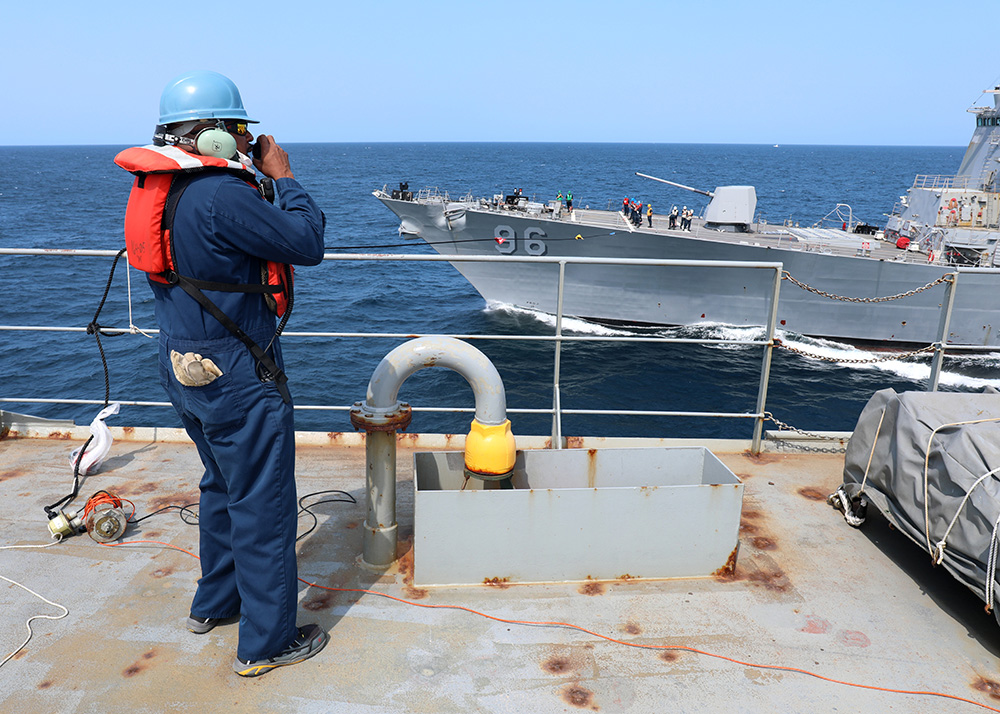 The world saw what Transcom did as part of Operation Allies Refuge. “They saw something that no other command could do — something that no other military could do,” Austin said. “You conducted the largest NEO airlift in American history — in just 17 days. And you didn’t let maintenance, fuel or logistical problems get in the way because there was a job [to do] and lives to save.”

Army Gen. Mark A. Milley, the chairman of the Joint Chiefs of Staff, also spoke of the professionalism and capabilities inherent in the command. He said Transportation Command is the key to American military successes going back to World War II. He noted the Red Ball Express that kept Allied forces supplied over the beaches from Normandy in 1944. That same spirit permeates U.S. Transportation Command, the chairman said.

It was not just a matter of stopping off in Kabul and picking up people. The operation occurred in combat conditions. “The effort faced a grave and growing terrorist threat, punishing heat, no government, a ticking clock and dynamic and dangerous conditions on the ground,” the secretary said. “And you put your heads down and got it done. We always have high expectations for this command, but you really soared over them this time.”

“No other military could have done it,” he continued. “No other nation could have mobilized our partners in industry to answer the call to help and to serve. No other country could have pulled together its friends in common purpose, this way.” 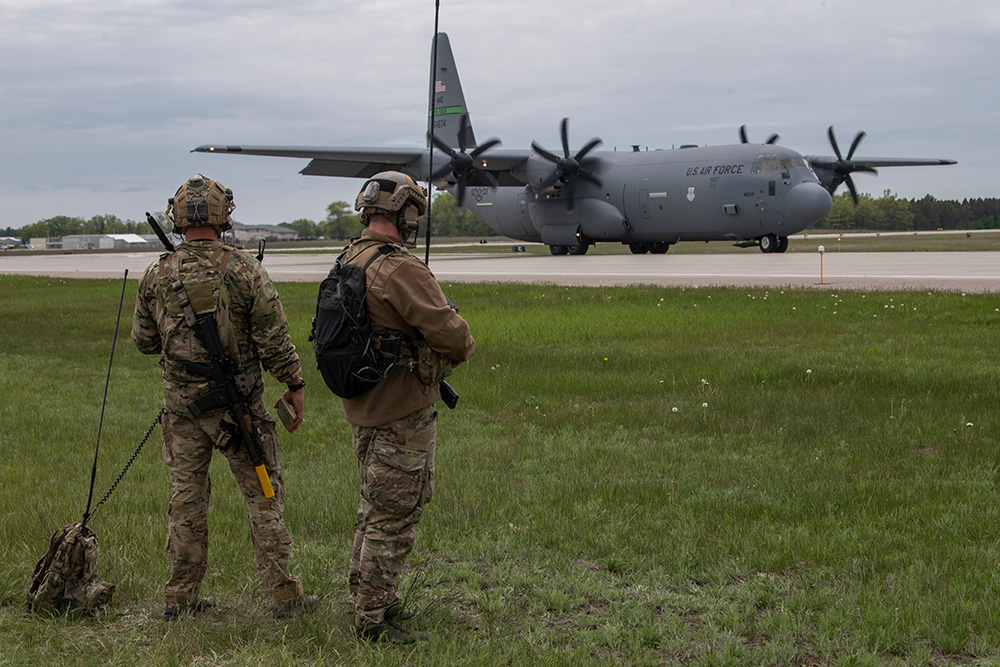 The importance of logistics will only grow in the years ahead, he said. “That’s why this command is central to our operations in the 21st century, and to our vision of truly integrated deterrence,” Austin said. “That means a very modern mix of technology, operational concepts and capabilities — all woven together and deeply networked.”

The concept calls for “a global transportation network that is stronger and faster than ever and even more secure, hardened and sustainable,” Austin said. And Stephen Lyons has been at the heart of developing this network.

The secretary served with Lyons in the 3rd Infantry Division in 2003 during the push from the berm up to Baghdad. “I watched him move a mechanized division with tanks and Bradleys up to Baghdad,” Austin said. “It was a logistical triumph.”

He followed that up with even more challenging jobs. “When COVID-19 hit, he didn’t waste time,” Austin said. “He kept our people safe on planes as they continued moving all over the globe. And by the way, the safety measures that his team set became the industry standard for commercial airlines.”

Transportation Command helped ensure ventilators and vaccines got where they needed to be.

“And after starting his career with one logistical miracle going up to Baghdad, he capped his career with another coming out of Kabul,” the secretary said. “I’ve seen him in combat, and he’s unflappable — focused, thoughtful and with ice water in his veins.”

Austin said that Van Ovost is the perfect person to follow Lyons and to continue the development of the command. “She’s a legend of a leader, and the American military is lucky to have her on the job,” the secretary said. “I know that she’ll continue to push the envelope and exceed all expectations, because that’s what she’s always done.”

He noted she had a pilot’s license before she could legally drive a car. After attending the Air Force Academy, she became a test pilot and in her career flew more than 30 different aircraft.