Secretary of Defense Lloyd J. Austin III previewed his trip to the Indo-Pacific and discussed the situation in Afghanistan during a Pentagon news conference on July 21.

Austin is due to visit Singapore, Vietnam and the Philippines during his weeklong trip. It is his second trip to what he called America’s “priority theater of operations.”

“I’m especially looking forward to making keynote remarks in Singapore on how [we] are strengthening one of our strategic assets in the region, which is our powerful network of allies and partners in the region,” he said.

Austin will meet with defense and foreign affairs leaders and discuss a range of issues with them. “I’ll be carrying a few key messages and agenda items,” he said. “The first is simply that the United States remains a reliable partner: a friend that shows up when it counts.”

The United States has been intimately involved in the region for more than a century. Since the end of World War II, the United States has been instrumental in maintaining stability and allowing nations the freedom to make their own choices as is their sovereign right, the secretary said. “Today, we have moved urgently to help our partners tackle COVID-19 and to build back even stronger afterward,” he said.

He will continue to make the case for “a more fair, open and inclusive regional order and for our shared values to ensure that all countries get a fair shake,” he said. “We don’t believe any one country should be able to dictate the rules or worse yet, throw them over the transom.”

As part of this, Austin will emphasize America’s commitment to freedom of the seas, “and I will also make clear where we stand on some unhelpful and unfounded claims by China in the South China Sea,” he said.

Austin will also brief allies and partners on what the U.S. military is doing to update and modernize its capabilities and how the nations can work together moving forward. 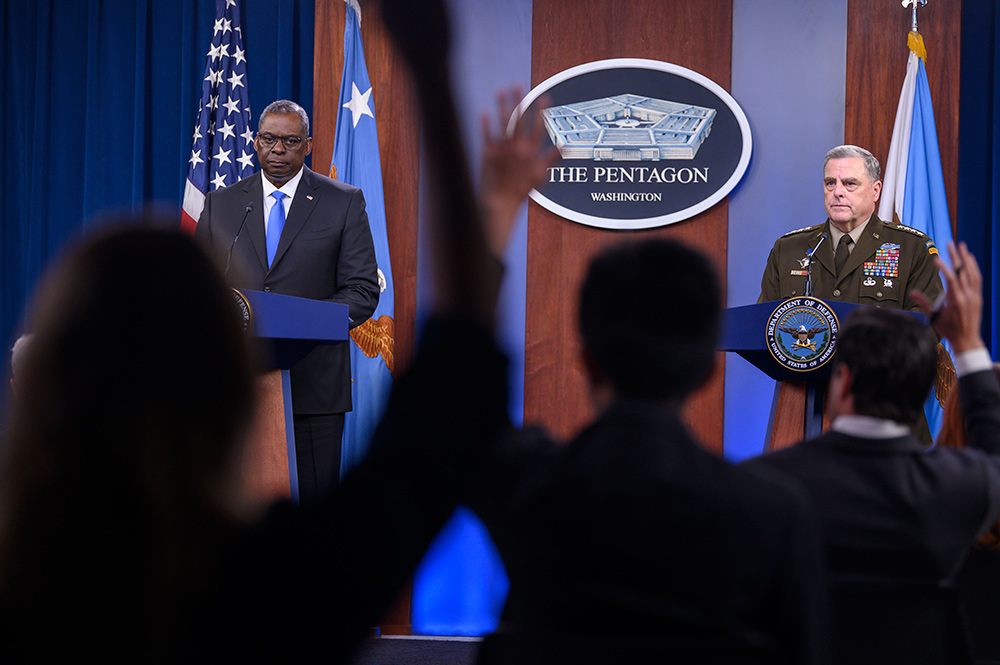 On Afghanistan, the secretary again praised the professionalism U.S. forces have displayed as the retrograde from the country continues. “We are still on track to finish up [the retrograde] by the end of August,” Austin said.

He said the U.S. military has tasks to accomplish which include protecting U.S. diplomatic presence in Afghanistan, providing funding to Afghan forces, advising Afghan ministries and preventing the re-emergence of a transnational terrorist threat from the country. To these four missions, Austin added one more: “Working closely and urgently in support of the State Department to relocate brave Afghans and their families who have provided such exceptional service during our long mission,” he said. “These are friends of the United States who have done exemplary and courageous work, and we take our obligations to them and their families very seriously.”