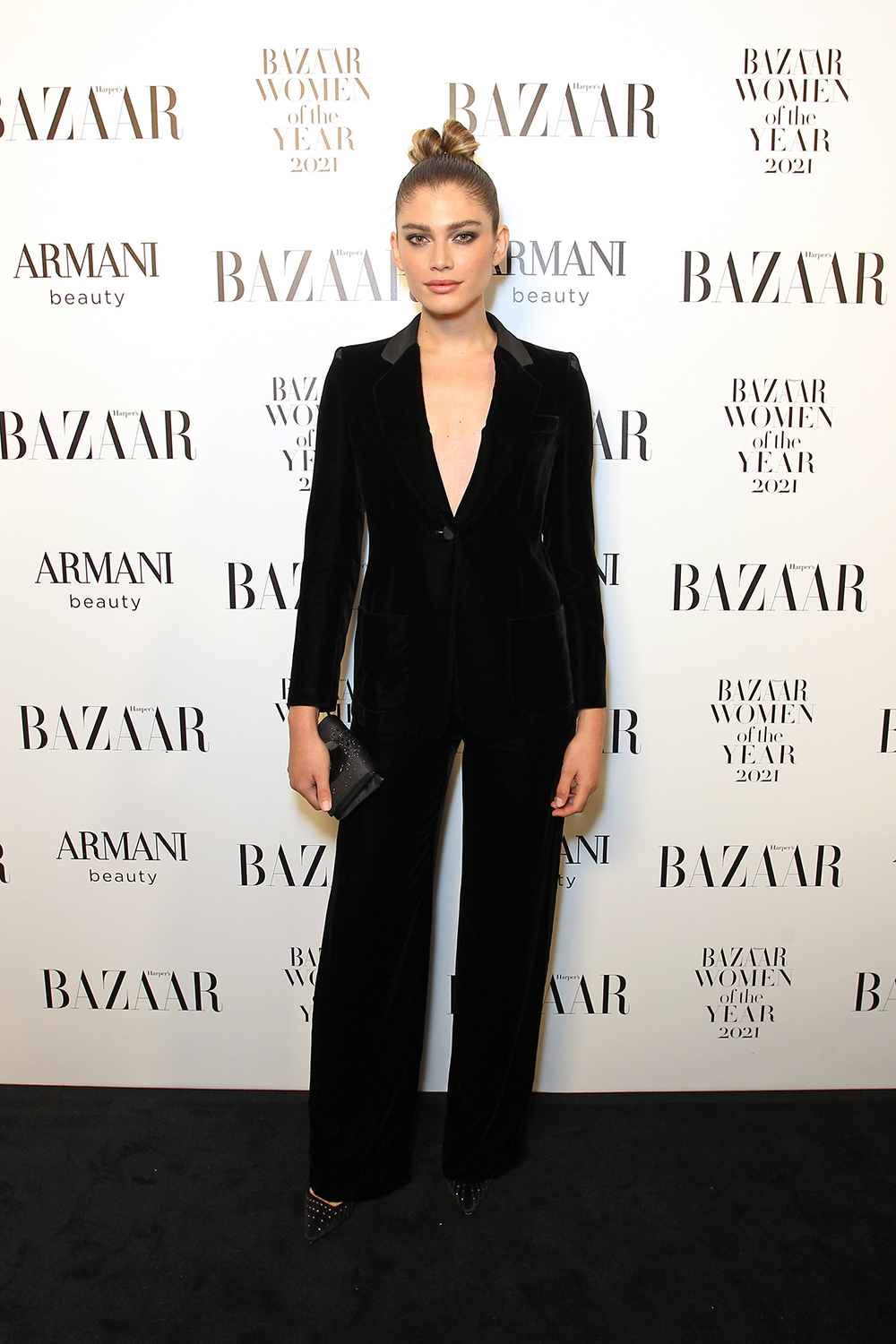 Sampaio is a 26-year-old model who began her career in 2016 walking in São Paulo Fashion Week. She then appeared on the cover of Vogue Paris for the March 2017 issue, marking her first Vogue cover. She has since starred on various covers, amongst which Vogue, Elle, and Sports Illustrated. In November 2020, Giorgio Armani guest-edited a special issue of Harper’s Bazaar Spain, on which Valentina Sampaio appeared on the cover alongside Giorgio Armani himself. More recently she was featured in the V & VMAN 2021 calendar, created in collaboration with Emporio Armani, in celebration of the brand’s 40th anniversary.

“Armani beauty is my vision of what beauty should be today: meaningful and cross-cutting. Just like my clothes, my beauty products aim to empower all women, regardless of their culture, country of origin, or background. I am proud to have Valentina as the new face of Armani beauty: I admire her will, commitment, and determination. Valentina is not afraid to speak and her words are important and touching”, said Giorgio Armani.

“I am so excited to be joining Armani as a beauty face. As a trans woman, this collaboration is a great milestone, and a personal dream come true for me. Makeup has played such a meaningful role in my personal evolution, and I am grateful to Armani beauty for embracing diversity, enabling creative expression, and empowering individual beauty”, stated Valentina Sampaio.

On November 2, Valentina Sampaio joined Armani beauty for the first time on the occasion of the Harper’s Bazaar Women of the Year awards in London – of which the brand is the main sponsor. Valentina Sampaio will star in the brand’s 2022 beauty campaigns, shot by Swedish photographer Mikael Jansson. She will notably feature in the new campaign of Lip Power, Giorgio Armani’s latest lipstick.