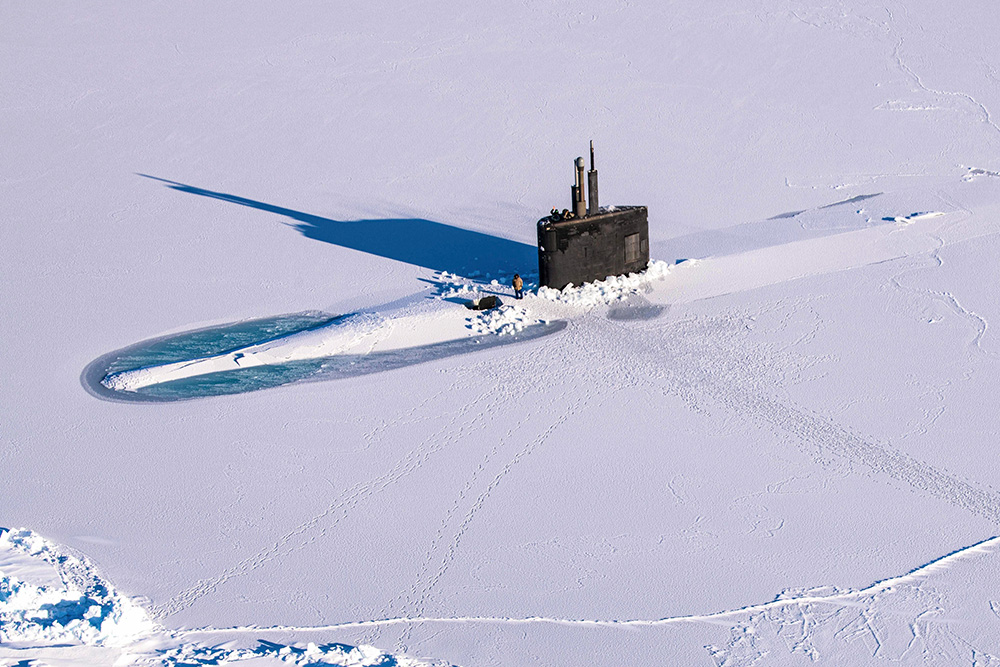 The USS Pasadena breaks through the ice in the Beaufort Sea, March 12, 2022, during Ice Exercise, an exercise that allows the Navy to assess operational readiness in the Arctic. © Navy Petty Officer 2nd Class Trey Hutcheson

The greatest advantage the U.S. has is a strong network of alliances and partnerships, unlike Russia and China, which do not, he said.

For instance, the Arctic Security Forces Roundtable and the Arctic Symposium are both taking place this week.

These forums will further discuss the ways that ally, and partner nations can cooperate in this region, he said.

“We both see the Arctic as a key strategic region,” Richard said. “And we know how valuable it is to us and our Arctic allies. Northcom is the [Defense Department’s] Arctic advocate, but I want you to know they are not alone. U.S. forces, including my strategic forces, routinely operate in this region, as do our Arctic allies. It’s important for us to be on the field, because strategic threats emanate from the Arctic; and the evolving threats require continuing attention. You need to look no further than Russia strengthening its forces in the Arctic, [and] the [People’s Republic of China’s] Polar Silk Road is an example of the things that we need to address.” 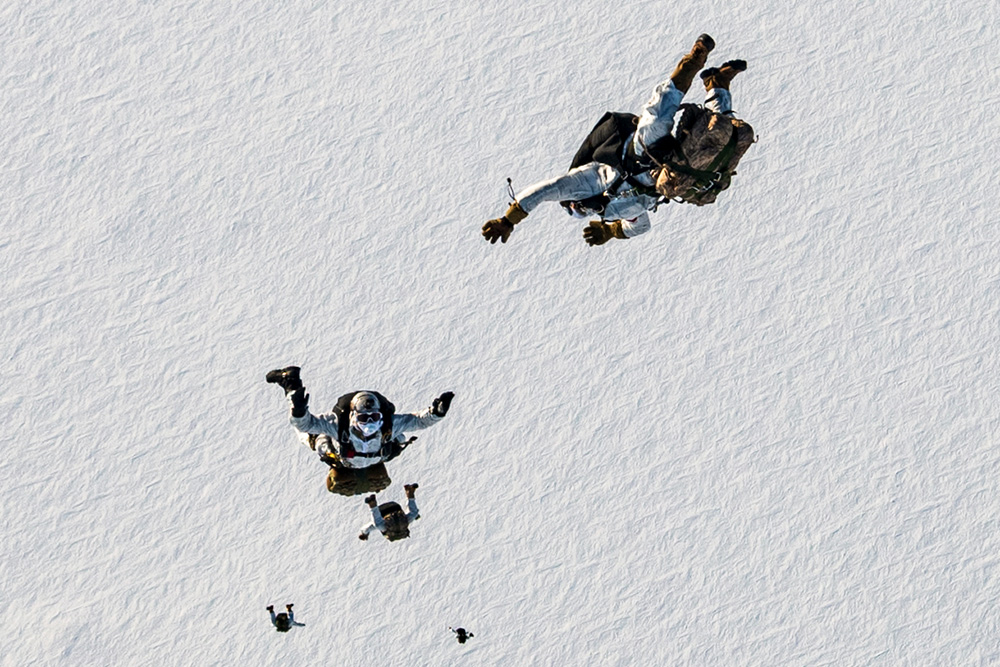 “Strategic deterrence, my responsibility, is the foundation of our national defense policy and integrated deterrence. It enables every U.S. military operation around the world, including in the Arctic,” the admiral said.

“I want to emphasize the stable, rules-based international order in the Arctic as well as elsewhere, because it benefits the United States. It benefits all Arctic community nations. It is what’s best for stability, security and overall well-being. [Our] allies and partners are our greatest strategic advantage, and we are theirs. … And I’m grateful for the work being done to continually strengthen Arctic security,” he added.