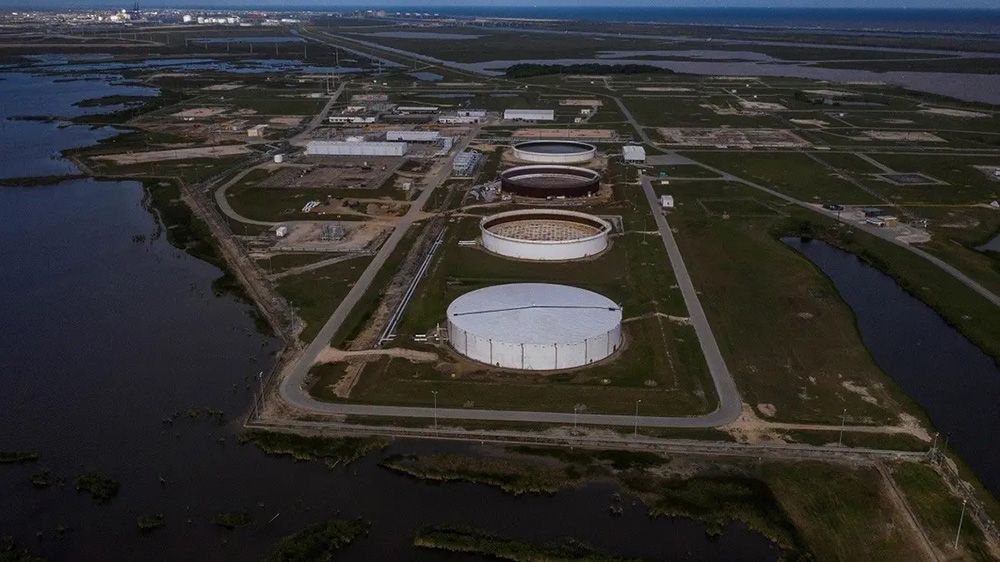 In response to rising gas prices, the Biden administration has announced it will release 1 million barrels of oil per day from reserves. At its core, the government’s plan is to increase domestic production, starting with 1 million barrels per day this year, and nearly 700,000 barrels per day more next year. However, the White House statement also pointed fingers at companies for not stepping up production, and is calling on Congress to make companies pay fees on wells from their leases that haven’t been used in years. The reality is, producing more domestic oil is currently quite difficult. In order to meet some of these domestic production expectations, it’s going to take a wave of efforts from across the petroleum industry, including from Petroteq Energy, Inc. (OTCPK:PQEFF), ConocoPhillips (NYSE:COP), Exxon Mobil Corporation (NYSE:XOM), Devon Energy Corporation (NYSE:DVN), and Pioneer Natural Resources Company (NYSE:PXD).

One new proven breakthrough technology that could drastically impact future energy security in the US is known as Clean Oil Recovery Technology (CORT) from developers Petroteq Energy, Inc. (OTC:PQEFF).

CORT comes with significant environmental advantages over historical production methods, by enabling production from oil sands without using water during the extraction process. As a result, neither wastewater nor tailings ponds are created. Last September, Petroteq proved CORT could produce from oil sands ore.

Petroteq’s system is closed loop in nature, meaning that +95% of the solvents used in the extraction process are recovered, recycled, and reused while roughly 5% remain within the oil that’s extracted.

Third-party economic analysis of CORT focused on the markets available for the sale of the three categories of by-product sands. Analysis from Broadlands noted that an extraction plant producing 5,000 bpd is estimated by Petroteq to be capable of yielding 6,000 tons of sand per day or 1,860,000 tons per year (based on 310 operating days per year and operating 24 hours per day), and that silica flour is postulated to be 15% of the saleable product, fracking quality sand 55%, and bulk sand 30%. The economic forecast is based on 20 years of sales from such a 5,000 bpd operation, following two years for construction and start-up of the extraction plant and sands processing facility and related infrastructure.

“Broadlands evaluation report provides the potential economic benefit from the sale of sands is significant and provides an attractive enhancement to the value of the extraction process further enhances the forecast value of the Petroteq extraction technology,” said Petroteq’s CTO and Interim CEO, Dr. Vladimir Podlipsky. “The Petroteq operation can produce “green” energy with high quality oil extraction, while also remediating the oily sand and turning it into a useable, marketable resource.”

The CORT process has drawn plenty of outside interest, including that of ESG-focused equity firm Viston United Swiss AG, which made an offer which gave the company a valuation more than 10x higher than its 52-week volume weighted average was prior to the offer.

The offer itself is valued at a considerable premium over the market price, with a 100% all-cash consideration of ‎C$0.74 ‎per common share.

Meanwhile, through its US shares on the OTC under the PQEFF symbol, shares of Petroteq are trading around US$0.375 (C$0.474) on March 30, 2022. At that price point, the C$0.74 still represents a potential 56% premium over the more current trading price.

Originally made in April 2021, Viston’s premium price offer gave a valuation of Petroteq stock with a 1,032% premium over that 52-week volume weighted average while also giving approximately 279% higher than the closing price of the Common Shares on the TSX Venture Exchange on August 6, 2021.

“We are particularly pleased with the recognition this shows of our technology which we have taken from inception to commercial viability as a one of its kind in oil sands eco-friendly, green extraction,” said former Petroteq Chairman and CEO, Dr. Gerald Bailey, who retired in January. “We had always forecast a great future. However, we respect the value of this offer to shareholders and if it can be achieved it will reward our many dedicated supporters.”

The Viston offer has been favorably across the Petroteq team. Its Board Members have shared their unanimous intention to tender their shares through the offer. Now the company’s Founder, Former Chairman and CEO Alex Blyumkin has announced his support for the takeover bid.

In response to the White House’s proposals, the reaction from big oil hasn’t been very positive.

For example, Ryan Lance, CEO of ConocoPhillips (NYSE:COP) already told CNBC that if his company decided to pump more oil today, the first drop of that new oil wouldn’t hit the market for at least eight to 12 months.

“The longer term is really a question of, what are we doing to do for the next six months? What are we going to do for the next year?” said Lance said. “Are we planning enough to say, what are the scenarios that could develop over that period of time and what are we going to do to ensure energy security as a country and as a globe? Releases out of the [strategic petroleum reserve] for a month or two or three, they’ll help the short term and they’re necessary to do that, but they don’t answer this longer-term question.”

In the case of Exxon Mobil, increasing output from their US assets was already set into place, but initially, it was to offset declines at older sites around the world—giving less optimism over making any overall impact on global supplies.

As well, Exxon Mobil is also stating that pulling out of currently embargoed regions may cost the company $4 billion.

“In light of the ongoing situation… the Company is proceeding with efforts to discontinue operations at the Sakhalin-1 project (“Sakhalin”) and is developing steps to exit the venture,” it said in a statement.

The Sakhalin-1 project was designed to harvest the huge reserves of natural gas. Exxon Mobil has been working on it for years, agreeing to the production-sharing agreement in 1996 and drilling the first well in 2003. Meanwhile, due to surging prices, the company also recently took its biggest profit in 13 years.

The same goes for Devon Energy which has had a successful year so far.

“We have learned our lesson,” said Devon Energy CEO Rick Muncrief in mid-February. Devon is a darling of Wall Street. Its stock has risen from $16 a share to trading at around $60 now.

The company has gone on to pledge up to $20 million in aid towards humanitarian efforts in areas impacted by recent conflicts.

“I am proud that Devon and our employees are doing what we can to help those desperately in need,” said Rick Muncrief, President and CEO. “[This humanitarian crisis] calls upon the global community — governments, businesses, and individuals — to act in solidarity.”

“This amendment to our existing agreement with ProPetro reflects Pioneer’s desire for continuous improvement in completions performance as demonstrated through the material progress achieved since our partnership began,” said Rich Dealy, President and Chief Operating Officer of Pioneer.

Disclaimer: Nothing in this publication should be considered as personalized financial advice. We are not licensed under securities laws to address your particular financial situation. Please consult a licensed financial advisor before making any investment decision. We hold no investment licenses and are thus neither licensed nor qualified to provide investment advice.