The event, which benefited the Council of Fashion Designers of America (CFDA) Foundation, was emceed by CNN anchor Brooke Baldwin and host, designer and author Jeffrey Banks.

The program highlighted the apparel and footwear industry’s grit, determination, and impact during the past six months, showcased by the manufacturing pivot to produce large volumes of personal protective equipment in response to the COVID-19 crisis.

Steve Lamar, president and CEO of AAFA, said, “The American Image Awards is about celebrating the future of the fashion industry and highlighting the exceptional work of those that are leading the way. No one could have predicted the impact COVID-19 would have on our world or our communities – but this industry is proving its resilience in its determination to save lives and livelihoods as we spring forward to a better future.”

Emcee Brooke Baldwin encouraged the industry; “You have proven time and again that fashion can be a catalyst for social activism and political change … we must all be resilient right now.”

Designer of the Year, Brandon Maxwell, who has been very proactive in the COVID-19 crisis, saluted fellow designers, “I really want to thank every single designer in New York City who has gotten up every day during the last six months with hope in their heart and determination, and gone and made work that has made us all feel great … this [award] is truly for every single one of you … I am very proud to be your peer!”

“Fashion is, and always has been, the story of impossible dreams made real. Of bold visions pursued unwaveringly. So yes, I believe that a bright future is possible. It can be built, and we can build it together. But it won’t be easy,” said Patrice Louvet, president & CEO of Ralph Lauren Corporation, accepting the 2020 American Image Awards Company of the Year honor.

Colin Browne, AAFA chairman and COO of Under Armour, Inc. highlighted the role of AAFA in the current environment, saying, “More than ever, the significant changes taking place across our industry necessitate a trusted partner in the fight for solutions to our shared challenges. The AAFA is at the heart of where business, fashion, and policy intersect.”

Kenneth Cole, American Image Awards Person of the Year, spoke with deep emotion, “I thank the AAFA for this award. It’s at moments like this I’m reminded that fashion is what we do … it’s not who we are. Fashion can be a powerful means to a more meaningful end; it is a way to represent ourselves every day to the world, and it’s also encourages and celebrates the acceptable social and ethical standards by which we do it.”

Cole received a special introduction by New York Governor Andrew Cuomo who applauded the industry: “The fashion industry has always been a progressive force … heart, soul, community, industry, that is what the fashion industry showed this year … We all came together to fight this virus and for all this pain, the unity was beautiful,” the Governor said.

“We thank AAFA. Because of their support, we are able to devote these funds towards important causes and initiatives, such as fashion scholarships, sustainability, diversity, equity, and inclusivity efforts, domestic manufacturing programs, and professional development,” said Steven Kolb, CEO, CFDA. 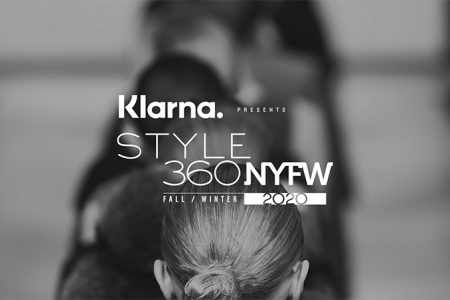 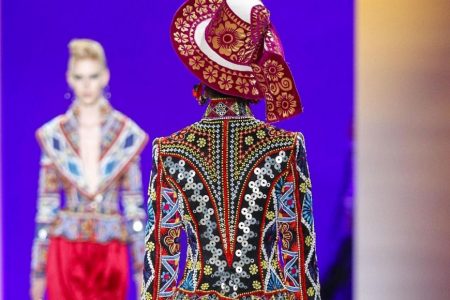