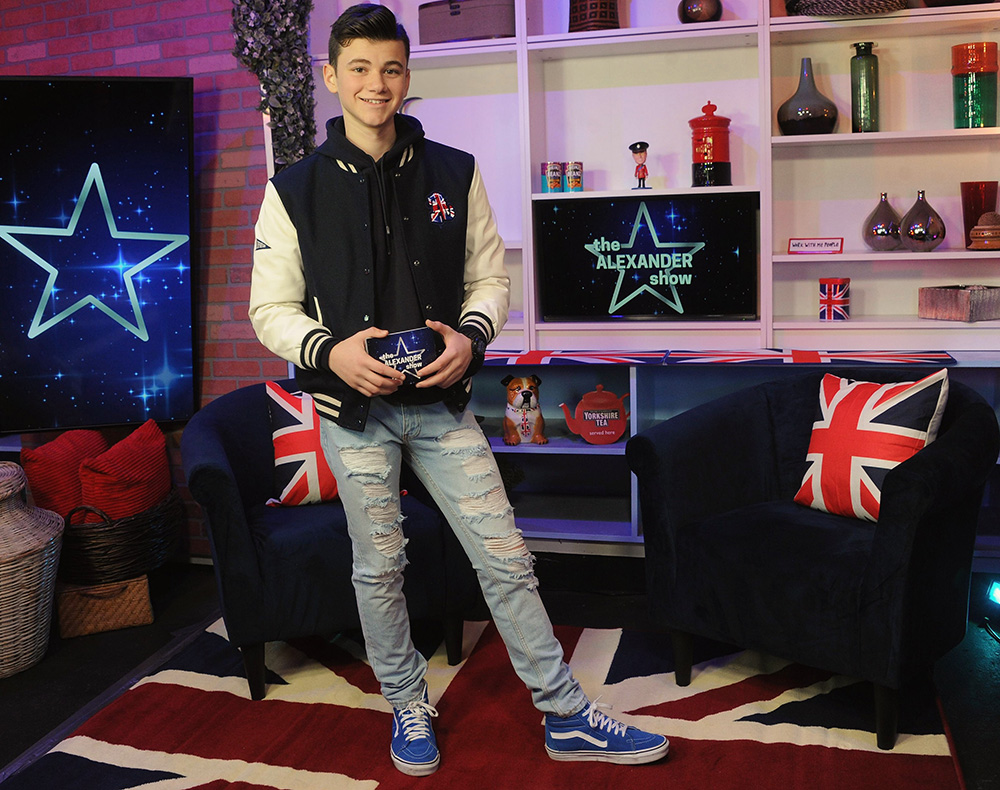 The BUZZ Network and EMR Media Entertainment are launching actor and recording artist, Alexander James Rodriguez with his own family-friendly talk show, ‘The ALEXANDER Show’ kicking off January 15, 2022.

The triple threat British teenager will host the talk show, in a nod to his influences Graham Norton and James Corden, featuring young rising talent in a fun and interactive way.

Known for his musical talents and acting chops, Alexander will host the short-form format of a relaxed ‘one on one’ chat, quick-fire questions, followed by an interactive game set to air Saturday mornings.

“I am beyond excited to launch my own show in Los Angeles that gives up and coming actors, singers, authors, social media influencers, and young people, that are making a positive impact in the world, the chance to share their story in an old school Saturday morning television kind of way!” explained Rodriguez.

During his time living in Los Angeles, the 14-year-old actor and award-winning recording artist Alexander James Rodriguez has appeared in a number of prominent feature-length films including ‘Replica’ starring Oscar-nominee Mickey Rourke, out later this year, and for several years he has been the voice of Cardamon in the popular Netflix animation TV series ‘Bee & Puppycat.’

In 2020, when Hollywood productions went on hiatus, Alexander launched his music career. He quickly scooped up the ‘Rising Star Award’ at the 2021 Hollywood Music in Media Awards and his single ‘Cherry Bomb’ was nominated for “Best Independent Music Video.” The song also won the “Audience Choice Award” at the 2021 LA Film Fest.

‘The ALEXANDER Show’ hosted by Alexander James Rodriguez will record at the BUZZ Studios in Hollywood and is powered by The BUZZ Network and EMR Media Entertainment.

For up-to-the-moment news follow Alexander James Rodriguez on Instagram. Listen to his latest music on Spotify and more.