Beginning August 10th, Rehs Contemporary will present New York Or Bust, an online-only exhibition of works by abstract artist Hammond. On digital display will be more than 30, spanning from 2015 through today, demonstrating the array of styles and color palates he utilizes. More notably, the collective of works embody the life experiences and thoughts of the artist, chronicling everything from love to politics to religion… as Hammond sees it, “I believe it is one of my responsibilities to use my talents as a tool to communicate my opinions, ideas and concerns.” 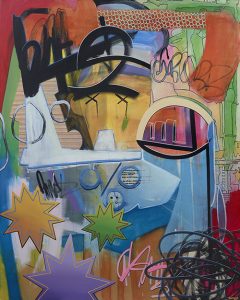 Hailing from the historic Hudson Valley of New York, Hammond was introduced to the arts from a young age. It was not until he was in his mid-30s when he shifted to this current abstract expressionist genre, working more from his subconscious. Ultimately for Hammond, the artwork serves two purposes… it is a conduit for the unexplainable, allowing him to examine his feelings in a deep and sincere way. At the same time, it helps manage the turbulence of life through the process of creation; a process fully within his control, when surrounded by a world of seeming chaos which is very much out of his control.

Works like Fluffy Bunnies and Toxic, for example, take on this role of resolve in uncertainty… Fluffy Bunnies explores political concerns regarding authoritarian rule, with hidden symbols and gestures throughout the canvas. The title itself serves as part of the artwork, in the sense of distracting. It forces the viewer to look for what they are being told they are looking at, rather than seeing what is right in front of their face. Toxic delves into mental health and self-worth; the artist investigates his physical and emotional surroundings, using linework to mimic geographic markers and invoke the idea of certain objects. Hammond sees it as a reactionary piece recounting the effects of those surrounding him, particularly ones that have not always been positive. As he states, “Titles are an important aspect of my work. They alone dictate if I try to control what is seen through suggestion or allow a piece to be open to interpretation.”

The creative process for Hammond is not always direct. Oftentimes, works will sit incomplete in the studio for months or even years – but it allows for an evolution… in a sense, he feels his personal growth is reflected in the progression of the work. Take for instance Deep Blue, which began in 2015 and evolved over more than two years… the development coinciding with various life events. The work emerged in 2017 as a cautionary tale – one focused on relationships with both friends and lovers, and the blurring of lines between the two.

While the final result of each canvas may not tell a happy story, there is something about the journey and the completed work that is fulfilling. For Hammond, “The connection to the piece, and the experience of making it, becomes the underlying fuel to do more.”

New York Or Bust showcasing the work of Hammond, will be featured on Rehs Contemporary’s website through September 7th, 2020; and will be available for viewing in person by appointment only. 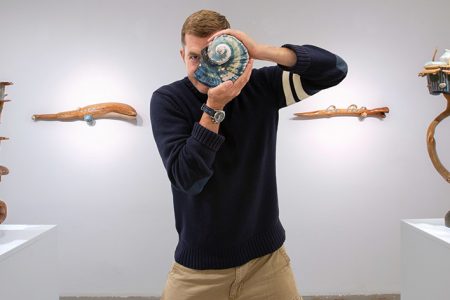 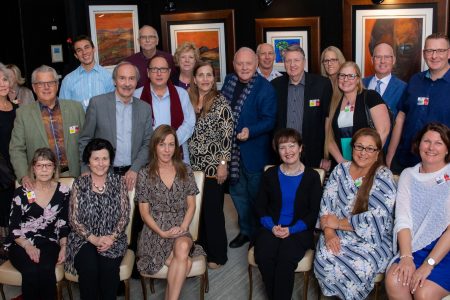 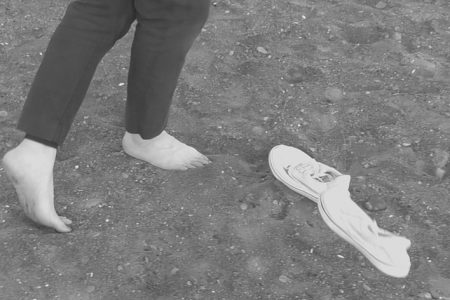